A video of a police officer, posing as a blind person with a guide dog, being refused boarding onto a bus in Shanxi province, has brought the plight of China’s visually impaired to greater public attention.

In the footage from April 26, the female officer repeatedly explains that her canine companion is a working dog, and that regulations permit them to board, all to no avail, as the driver declares “pets” are not allowed on the bus. Some other passengers even took to admonishing the undercover officer for wasting their time and causing trouble.

After the video circulated widely online, the hashtag “undercover policewoman denied boarding a bus for taking a guide dog (交警扮盲人带导盲犬坐公交被赶)” attracted over 840 million views on Weibo. In response, the government has vowed to improve relevant laws and regulations, but many of China’s 17 million visually impaired citizens have long struggled to live with their condition.

Aside from difficulties encountered when travelling with guide dogs, China’s blind population continues to face obstacles regarding education, career, and everyday discrimination, as well as poor “blind-friendly” infrastructure. 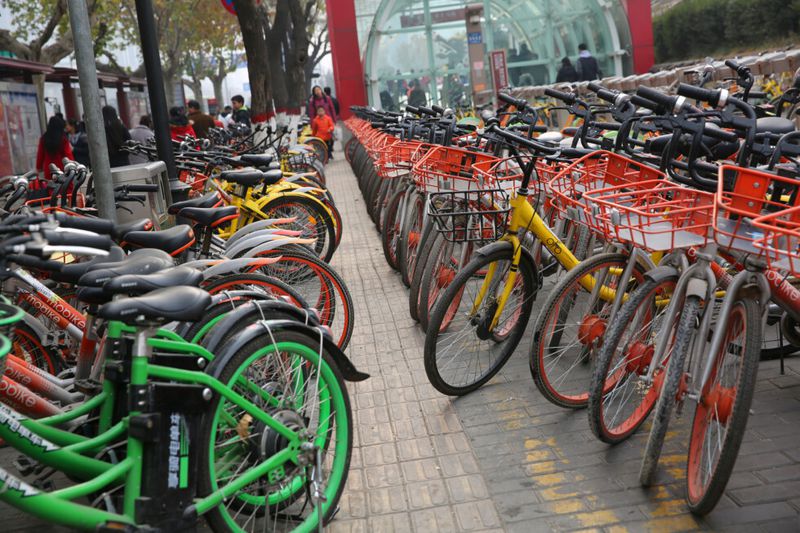 China’s “Law on the protection of disabled persons,” passed in August 2012, stipulates that guide dogs are allowed in public places and on public transport, but handlers frequently report rejection from ignorant transit staff who often fail to distinguish between guide dogs and pets.

The documentary series Guide Dog Jenny (《导盲犬珍妮》), which aired on CCTV in 2016, emphasized the struggle of getting around with a working dog. In the show, Chen Yan, China’s first female blind piano-tuner, claimed that she had been rejected at least 11 times when she had tried to travel on the Beijing subway with Jenny, her guide dog. Instead, Chen usually took taxis at an average cost of over 400 yuan each time she went out with Jenny, a huge expense compared with her modest salary from piano-tuning.

The cost of getting around meant that most of China’s blind population seldom travel outside, making their struggles even more invisible in the public eye. Being housebound led to Jenny, a highly trained dog which had cost around 150,000 RMB to coach, to put on over 5 kilograms in weight.

But Chen is far from the worst served visually impaired person in China—in fact, she is part of a tiny minority of those who are afforded a guide dog. China “graduated” its first domestically trained guide dog in 2006, and the number of competent canines in China is perhaps only 200, compared with a blind population of over 17 million, according to CCTV.

Training centers for guide dogs are often strapped for cash. The China Guide Dog Training Center, in Dalian, Liaoning province, the country’s first professional training center, provides guide dogs to those with vision loss at no cost. Since it was founded in 2006, 180 dogs have qualified from the center for guiding work.

A lack of suitable breeds, shortage of professional trainers, strict selection criteria, as well as simple shortage of funds account for the low number. To make ends meet, the non-profit organization relies on donations from the public and a 60,000 RMB subsidy per each dog in training from the local government. Across the country only a handful of local governments have provided funding support for bases.

According to the center’s website, selective breeding (they prefer yellow and black Labrador Retrievers, Golden Retrievers, and Labrador/Golden crosses) and rigorous training are necessary to ensure each dog’s temperament is suited for the work. Guide dogs need to be easy to manage, not easily distracted, and be trained in specific tasks to help their owner. In many cases, it takes more than 100,000 RMB  to train a puppy to become a guide dog.

Renewed attention on the struggles of those with vision loss, and the pitiful number of guide dogs available, has spurred volunteers into action. An online dog-raising project launched by the Shanxi Development and Service Center for Guide Dogs has become popular online. The project allows people to contribute online to raising a guide dog  by donating at least 10 RMB a month.

Contributors can browse puppies and select a dog to support based on descriptions of their personality, and likes and dislikes; they then get regular updates about their chosen canine, its day-to-day life, training, and progress towards “graduation” through the center’s WeChat mini-program.

A related hashtag “What can we do for guide dogs (我们能为导盲犬做什么)?” has gained over 9.8 million views, while there have been over 11,000 posts about the “raising certificates” that contributors to the program recieve when they sign up. “I finally got my first dog (although I’m raising it online)…I hope that we can see more and more people with visual disabilities walking down the street with convenience and confidence,” one Weibo user posted after joining the initiave on April 29, International Day for Guide Dogs.

“Raising public awareness is high on the agenda, while more financial support is also necessary for training centers, which are run as public welfare institutions,” Zeng Xin, an employee at Hongdandan, an NGO for the blind, tells TWOC. “But giving priority to guide dogs alone cannot resolve the issue. The point is the protection of people with visual impairment…improving the barrier-free environment would solve travel difficulties for the visually impaired community.”