The Modernity of Cholera

The Modernity of Cholera

The disease that redefined public sanitation in China

In 1870, a mysterious illness swept through Tianjin. As bodies piled up on the streets and filled the canals of the city, residents’ suspicions soon focused on an orphanage run by foreign missionaries, where nuns seemed keen on taking children in—but from which nobody ever saw the children leave, except in the coffins buried in a small cemetery behind the Catholic church.

Could the missionaries be practicing black magic? On June 21, 1870, a mob stormed the church and orphanage, killing over 60 people. Such is the power of epidemics to inspire fear, anxiety, and mass hysteria.

The killer was cholera, perhaps the most dreaded disease of the 19th century. It spread along the lines of transmission forged in the first great age of global interconnectedness, to which China was no exception. As merchants competed in the lucrative opium and tea trades, and soldiers arrived from around the world to fight wars along China’s coast, cholera came along with goods and people into China’s newly opened trading ports.

Like the rest of the world, China began to suffer repeated outbreaks of the disease, each bringing death and misery. During the peak of a pandemic, China’s largest cities, including Chongqing, Beijing, and Tianjin, might lose 5 percent of their population to the illness. One contemporary observer estimated that an outbreak of cholera in 1862 reduced the population around Shanghai and Songjiang by as much as 10 percent. The famous physician Wang Shixiong lamented during one outbreak that there were not enough coffins to bury the dead.

It wasn’t until late in the century that advances in public health, microbiology, and immunology began to have an effect in the fight against cholera and other infectious diseases. By the 1850s, researchers had established a connection between the spread of cholera and contaminated water supplies. 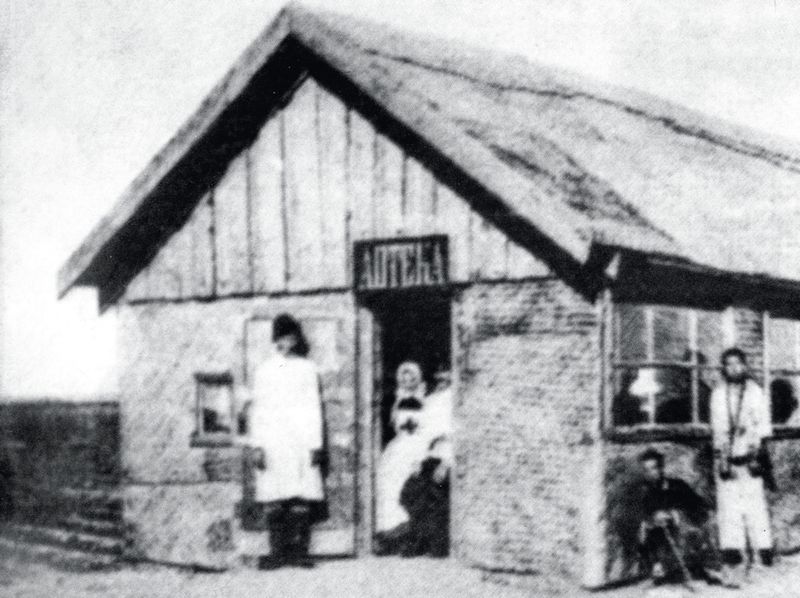 A temporary cholera hospital in northeastern China in 1902

This was a particular problem for Chinese cities, where residents habitually disposed of waste in canals, public streets, or gutters. In times of heavy rain or flood, clogged drains would spill contaminated water throughout a neighborhood, spoiling local wells.

In Shanghai, the British firm Shanghai Waterworks Ltd. built the first waterworks in China in 1883. According to historian Kerrie L. McPherson, British authorities wished to provide free water to everyone in the British settlements, including Chinese residents, arguing that epidemics did not discriminate based on nationality. The best bet for the international community to stay healthy involved making sure their Chinese neighbors had clean water, too. Similar projects began in Tianjin in 1895. A water tower was built in Wuhan in 1906, and a public waterworks was established in Beijing by 1908.

New institutions also contributed to increasing public awareness of hygiene and health. Though their efforts were frequently misunderstood, foreign missionaries had for decades worked to introduce Western medical practices to China. Many of the hospitals and colleges they founded still exist today in some form. Organizations like the Red Cross and the Red Swastika societies also encouraged healthy activities through education and outreach.

During the Republic of China, local governments expanded the role of the state in protecting against disease. Cities organized departments of public health to promote good hygiene and enforce new rules designed to prevent outbreaks. During the 1932 cholera outbreak in Guangzhou, the local government closed public spaces, including swimming pools, to stop the spread of the disease.

Newspaper articles encouraged urban residents to maintain clean bodies and homes, avoid contaminated water, and refrain from eating certain types of fruits. Local leaders ordered public campaigns against rats and flies, spitting, and the improper disposal of human waste. Modernity was equated with cleanliness, and government bureaucrats started taking an active and intrusive interest in the bodies, and bodily functions of their citizens.

Despite these efforts, cholera continued to be a significant scourge into the 20th century. Public health departments and infrastructure improvements benefited mostly urban residents, and not always equally. In the 1930s, only 10 percent of Beijing residents had access to treated water. Around China, many people still retrieved water from shallow, easily contaminated wells, or from canals and lakes.

A vaccine for cholera was discovered in the late 19th century, but even in the 20th century, only a few people could afford to be vaccinated. During a 1932 outbreak in Shanghai, less than 20 percent of the population received the vaccine despite outreach efforts by hospitals and local authorities.

The improvement of public health meant fewer outbreaks, although cholera epidemics in the 1930s, 1950s, and 1960s killed thousands of people in China. Yet each wave of the disease also shaped Chinese society as we know it today. Modern hospitals, municipal water supplies, and sanitation systems transformed urban environments, and the enforcement of public health policies forever changed the relationship between the government and its citizens.

“The Modernity of Cholera” is a part of the cover story from our issue, “Contagion”. To read the entire issue, become a subscriber and receive the full magazine. Alternatively, you can purchase the digital version from the iTunes Store.