The lights are finally back on in the lobby of the Stellar International Cineplex in Beijing’s Haidian district, where the gleaming floor-to-ceiling display of “Now Playing” posters draws the eyes of evening strollers.

Yang Yang browses the movies on offer with her husband. Having worked as a pharmacist throughout the worst days of the Covid-19 outbreak, she explains, “I didn’t even have time to watch online movies for the past few months. But I miss the sound effects, the entire experience.” For Yang Yang, and millions of moviegoers, catching a flick on the big screen is a sign of life gradually returning to normal.

In the first week after nearly 180 days of closure, 5,103 theaters re-opened their doors across the country. The Chinese box office hit 109 million RMB by July 26, exceeding the expectations of many industry experts. Under new Covid-19 regulations from the National Film Administration, cinemas in low-risk areas may resume operations at 30 percent audience capacity, typically with front rows closed and alternating seats taped off in order to maintain a safe distance between viewers, as well as other health safety measures.

Last Saturday alone, 1.28 million viewers spent 35 million RMB on movie tickets across the country. In Beijing, 12,372 people snatched up spots for 801 shows at 52 theaters on the city’s first full day of reopening.

At one theater in the capital, an 8-year-old boy in a Marvel t-shirt pulled his father over to the cinema display. “When I’m sitting at home, it’s all reruns on TV. I’m so bored,” he complained, having stayed at home for months on end because of school closures. “I have dreams that I’m watching movies. Especially Godzilla.”

Movie theaters—many on the brink of bankruptcy—are similarly keen to get back to business and usher in audiences, while complying with virus prevention measures. Tickets must be bought online, using one’s real name and government-issued ID to allow for contact tracing in case of an outbreak. Masks must be kept on, and screenings must not exceed two hours, after which each theater must be disinfected. Food and beverages are not allowed, cutting into the snacks sales that typically compose up to 10 percent of theater profits.

Such measures have put some movie-goers off a return to the theater for now. “Before the pandemic, I used to go see a movie by myself every Tuesday. It’s a small joy of my retired life,” Ms. Zhuang, an octogenarian in Beijing, told TWOC. “I heard the theaters are open again, but you have to preorder tickets online. I don’t know how to do that, so I decided, ‘Forget it.’”

At the Heping Cinema in the southwestern city of Chengdu, among the first cinemas to open online pre-sale on July 17, the theater sold out all 165 tickets for opening day. Moviegoers were charged just 3.1 RMB per movie, with 3 RMB from each sale going to the ticketing platform, leaving the theater a grand profit of just 16.5 RMB.

Yet according to the “First Week of Reopening War Report” by Maoyan Entertainment, the average attendance per theater showing was just 8.9 percent, with less than half of theaters having reopened nationwide. Online, the hashtag “cinema with no audience” became a trending topic on Weibo as the first screening at a Heilongjiang theater opened to row upon row of empty seats, and the manager invited staff to sit for the show instead.

Nevertheless, Beijing-based producer Kaichen Han declared July 24, when theaters reopened in his city, “the happiest day of the year.” 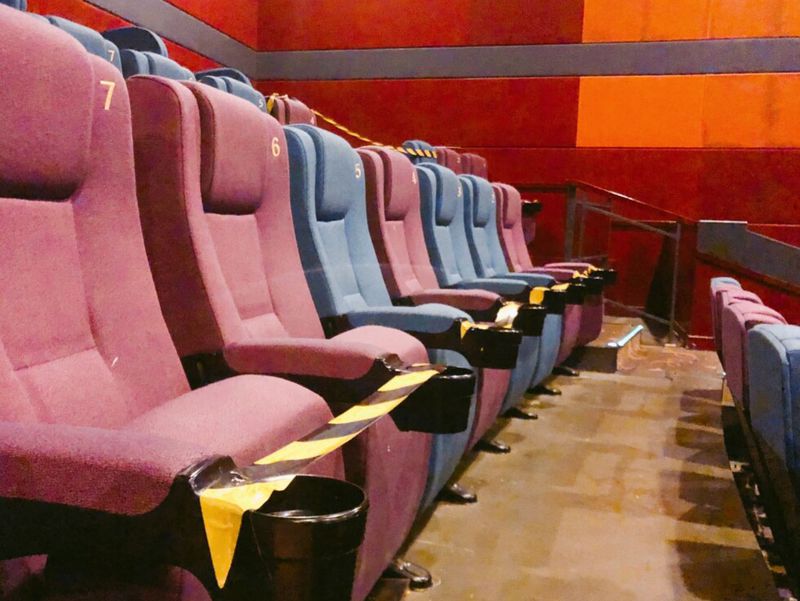 The movie industry is desperate to make up for lost time, as Covid-19 ground production to a halt, pushed distribution deals online, and forced theaters into the dark. The Spring Festival holiday, one of the box office’s hottest times of the year, was celebrated this year under lockdown.

Maoyan Entertainment reported refunding 5 million tickets in three days in January, worth 200 million yuan. “This is something our industry has never experienced over the last decade. The impact of the epidemic on theaters is unprecedented,” Maoyan CEO Zheng Zhihao recounted in a talk at the Shanghai International Film Festival last week.

Though malls and restaurants gradually resumed business in the spring months, numerous calls to reopen the theaters went unanswered. On June 10, Chinese director Jia Zhangke rallied on social media, “It’s time to talk about reopening the theaters. Some film companies are losing 1 million, 10 million [RMB] every day. Those whose work is tied up with movie theaters need to survive, too.”

Just as Beijing began to discuss reopening of movie theaters and sporting events, a new cluster outbreak appeared in the city in June, sending the capital back into emergency mode.

The second outbreak felt like a death knell for many in the cinema industry. In the early hours of June 12, 52-year-old Bona Pictures vice president Huang Wei jumped to his death from his 18th-floor office in Chaoyang district, Beijing.

According to the search engine Baidu, the search terms “movie tickets” as well as “movie job recruitment” have become hot keywords since the announcement on July 16 that theaters would reopen.

However, some cinemas will not return. Over 2,300 cinemas were permanently closed in the first two months of the shutdown, making up 12,000 screens and 20 percent of China’s theatrical release capacity, according to research consultancy Artisan Gateway. Additionally, many theater staff are still out of work, as ticket sales are online and concessions are closed.

Analyst Wen Hao suggested to online publication First Finance on Tuesday that the epidemic will “accelerate the clearance of small and medium-sized theaters” and that mergers and acquisitions in the theater industry will increase. He pointed out that the same has already occurred for content producers, as the top 20 companies account for 60 percent of the box office. Small, independent cinemas may be gobbled up by big chains that have the cash flows to weather such long downturns.

Meanwhile, the theater industry as a whole faces a larger Goliath: Chinese tech companies directly buying up rights to screen movies to audiences online. Throughout the months of closure, online video platforms such as iQiyi and Bytedance struck big distribution deals, cutting out theaters from the chain of creation and consumption.

The Chinese comedy Lost in Russia, originally meant to hit theaters during the Spring Festival, was instead acquired by streaming company Bytedance for 90 million USD, more than the original 85 million minimum guarantee from theatrical distributor Hengdian. The movie was streamed for free to 600 million viewers within three days on Bytedance’s video platforms.

Theaters were infuriated. Industry giants Bona Film Group and Wanda Film led 23 firms in penning a claim that these acquisitions threaten “the payment and revenue model that the movie industry has cultivated over many years, trampling and intentionally destroying the movie industry and premiere models.”

As journalist Liu Changxin asked in Southern Daily, “Will audiences who have become accustomed to life in the ‘cloud’ return to the cinema?”

“The world has changed. It will not come back to the way it was before” admitted Smart Cinema CEO and former Wanda executive Jack Gao to Variety. “In the future, people will talk about ‘before 2020’ and ‘after 2020.’”

Nevertheless, audiences continue to slowly return to theaters, searching for pieces of normalcy and wonder after months of lockdown and fear. At the 5:10 weekday showing of new release The First Farewell at Stellar International Cineplex in Beijing, five audience members trickle in and disperse into the darkness.