Guardians of the Grottoes

Guardians of the Grottoes

How “Dunhuang protectors” have preserved an ancient Buddhist cave complex

“My inner thoughts persuade me to stay here, perhaps forever, ” linguist and Buddhism researcher Ji Xianlin wrote of the Mogao Caves in Dunhuang in his book The Journey to Dunhuang. “Though my body must leave, my heart belongs to Dunhuang forever.”

Ji was not the first or last to be enchanted by the treasures of this far-flung outpost of the Silk Road in Gansu province, famous for a series of 735 ancient caves decorated with ornate statues, frescos, and Buddhist scriptures. Now a UNESCO site, the Mogao Caves were first built by the monk Yue Zun in 366 after he visited the location and witnessed what he called the “light of the Buddha.” Chiselled directly into the cliffs of Mingsha Mountain, the caves were frequented by pilgrims and other travelers on the ancient Hexi Corridor, who sought blessings here before crossing the Taklamakan Desert.

The site was busy when trade along the route prospered, but was neglected after the Yuan dynasty (1206 – 1368) after the decline of the overland trade route through Dunhuang. The caves were left at the mercy of the elements; battered by desert winds and eroded, and some completely destroyed. After they were “rediscovered” in the 20th century, a select few “Dunhuang protectors” devoted their lives to renovating and protecting the caves.

The first was a Daoist priest named Wang Yuanlu, who is credited as the first person to rediscover the caves in 1900, after he fled to Dunhuang from Hubei province to avoid drought and conflict between warlords who fought for control of China’s territory. Wang, who admired Buddhist teachings and the beauty of the caves, began cleaning up the accumulated sand and earth in the caves and canvassing the area for funds to protect the precious artifacts. However, Wang was also criticized for selling some relics to foreign explorers like French sinologist Paul Pelliot and British adventurer Marc Stein.

Pelliot would later publish a book on the Dunhuang caves, and this influenced Chang Shuhong, a painter who had studied in France, to dedicate his life to caring for Mogao. Chang was pleased that the Mogao Caves and their treasures were appreciated in the West, but was depressed at the lack of attention the they received in China, where war and internal strife occupied the government and the people’s minds. Chang was incensed when some foreign explorers took artifacts and damaged the site, such as when Pelliot and American Landon Warner  extracted some ancient frescos using adhesive tape in 1922.

The Nationalist government established the Institute on Researching Dunhuang Arts in 1942, and Chang arrived at Dunhuang the following next year. But Chang and his archeological team suffered from a shortage of funds and poor working environment for much of their nearly 50 years on the site since 1943. 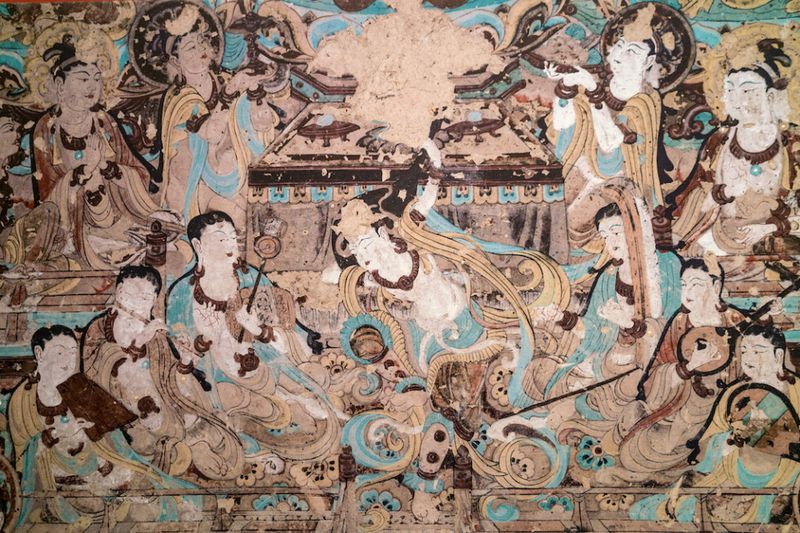 “We pinched our nose to drink the unclean water and ate the hard-shelled pancake with a frown; all there was as relish were a few cloves of garlic and some salted peppers,” Chang recalled of their hardships in his biography My Work In Dunhuang by Ye Wenling. However, Chang wrote to his wife, “I would regard my attachment to Dunhuang as an honor, since my first glance upon it, I’d sacrifice my entire life here for protecting the caves and their treasures.”

Following in Chang’s footsteps is another Dunhuang protector. The 82-year-old Fan Jinshi has been hailed as “the daughter of Dunhuang” for her 57-year career in Mogao Caves since 1963. Born in Shanghai, Fan graduated from Peking University with an archeology degree and first came to Dunhuang on an internship.

“To say I didn’t hesitate [to stay] is a lie. Dunhuang is like a different world to Beijing. There was sand everywhere,” Fan stated in the CCTV documentary National Memory in 2017. However, when her father applied for permission to transfer her back to Beijing, Fan declined. She was engrossed by the stunning ancient decorations: “How beautiful are these Buddhas!” she exclaimed in the documentary. 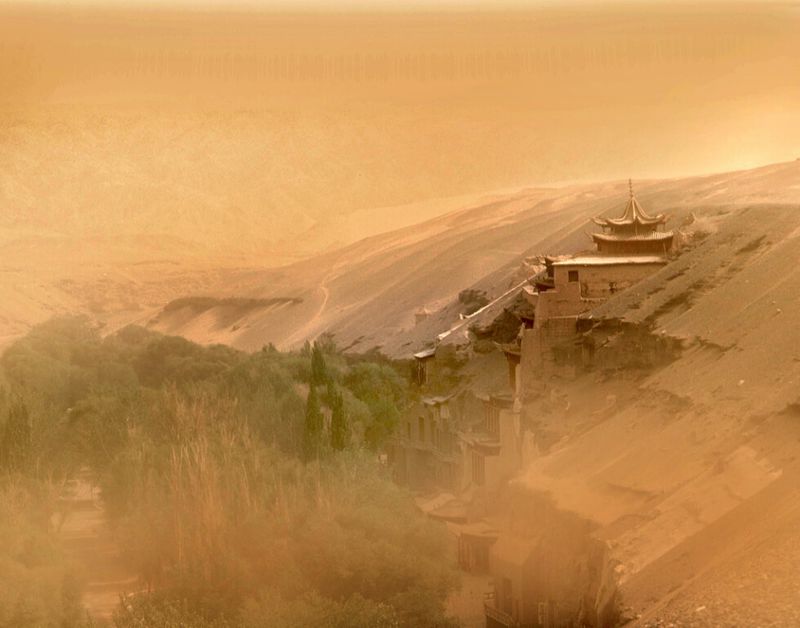 Fan was able to research the caves and preserve them, conducting much of her work without electricity until the 1980s, when conditions improved slightly. She spearheaded attempts at international cooperation for research on the caves, working with institutions like the Mellon Foundation, Japanese National Institution of Culture, and the United Nations. Through her painstaking research, Fan was able to date the various caves and their construction by dynasty. 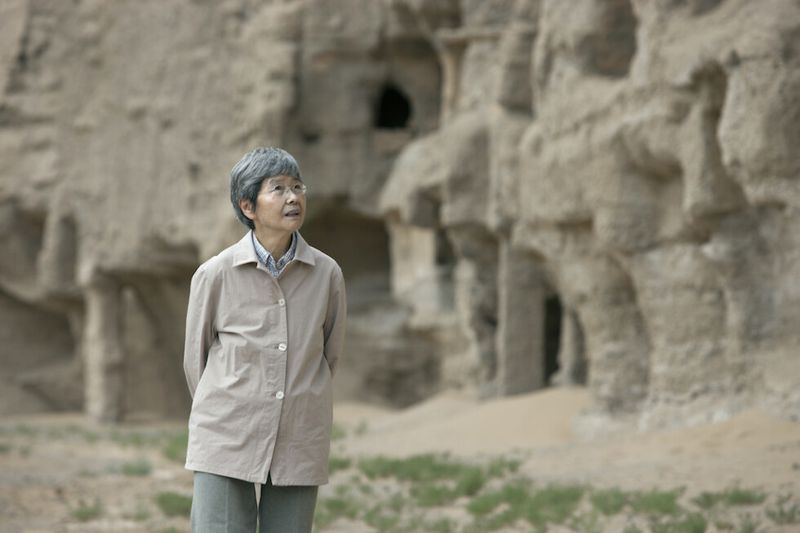 “Frescos can’t be remade; neither can they be preserved forever,” Fan said in 1988, as she launched a project to digitize all the statues and frescos at Mogao. By 2008, a digital database of the artifacts had been built, and a tourist center began welcoming visitors. A panoramic movie theater allows tourists to experience the grottoes as they might have been over 1,000 years ago.

“When you visit the Mogao Caves, you don’t see specimens that have been dead or a thousand years; you see life that has lasted for over a millennium,” Fan told CCTV in an interview in 2017. For Fan and her fellow Dunhuang protectors, the hope is that Mogao’s treasures will be preserved for another thousand years.