“Whether or not you believe in it, faith is all around us,” says Huang Ruide, who has been photographing folk beliefs in Guangdong province for a decade. In Shafang village, deities are bathed on the “Buddha Washing Festival” in the sixth lunar month

Located on the country’s southeastern coast, Guangdong is one of the most avidly spiritual parts of China. Huang’s native Chaoshan region, encompassing the cities of Chaozhou, Shantou, and Jieyang, is reputed to have an altar on every street corner. “In Guangdong, every faith can find a worshiper,” says Huang, “and the Cantonese will create any god or spiritual belief that doesn’t already exist in the world.” 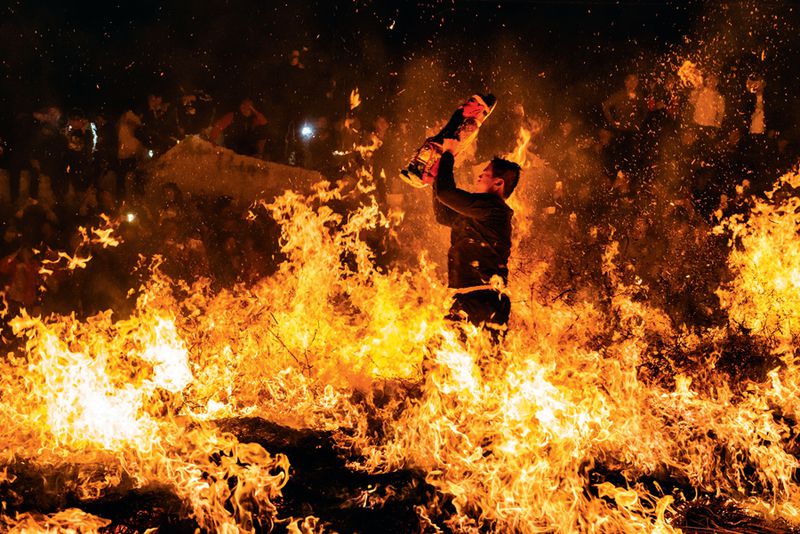 To honor a general who once saved their village, Xilin residents carry his statue through fire every year

Around the world, the Chaoshanese, or Teochew, are renowned for their business acumen, which gives them a deeper appreciation of the need for good fortune. “Any person from history or mythology who has ever fulfilled the wish of a Chaoshanese, or helped a Chaoshanese survive, may be worshiped as a god,” says Huang, referring to a pantheon which includes real-life figures such as Wen Tianxiang (文天祥), a 13th century general who helped the Chaoshanese repel the Mongols. From festival days to everyday, Huang’s shutter captures raucous demonstrations of faith as well as quieter moments of worship. Whether a daring fire-walker or desperate alms-seeker, every devotee brings a story from their own life to the altar. “Faith is by definition human-made, so it embodies the hopes and cares of humanity,” says Huang. “In Guangdong, people use their faith to figure out what is right and wrong, state their positions, express their wishes, and assist their development. If you understand this, you understand the livelihoods, the affairs, and the customs of the Cantonese.” 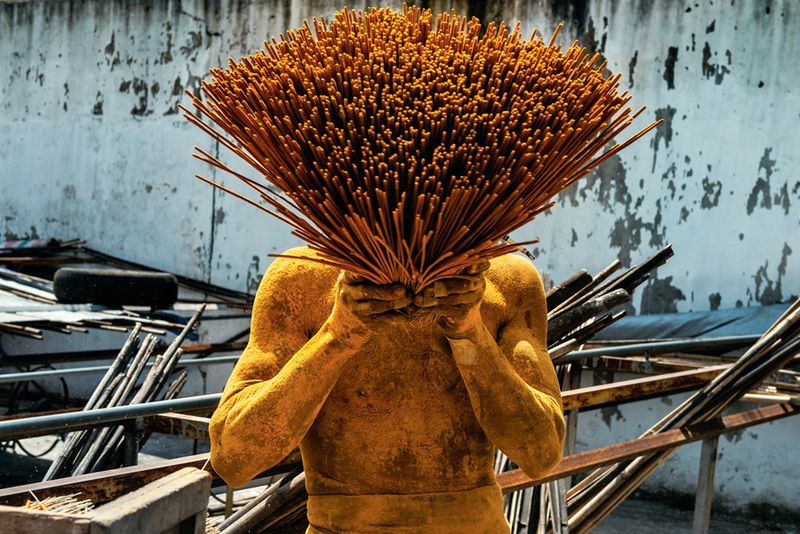 A craftsman airs out incense sticks in Shuangshui, a town with 600 years’ history of incense-making

A god gets dressed up by a “divine elder,”a woman elected to lead worship every year in Shafang Village 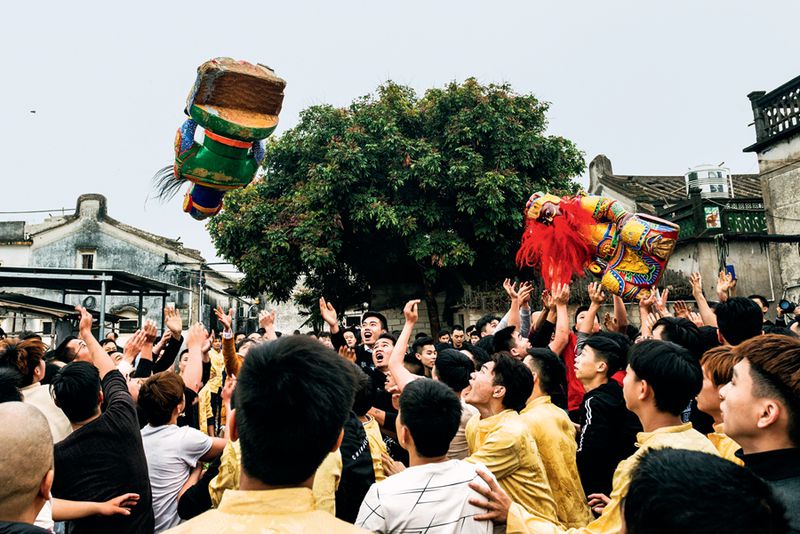 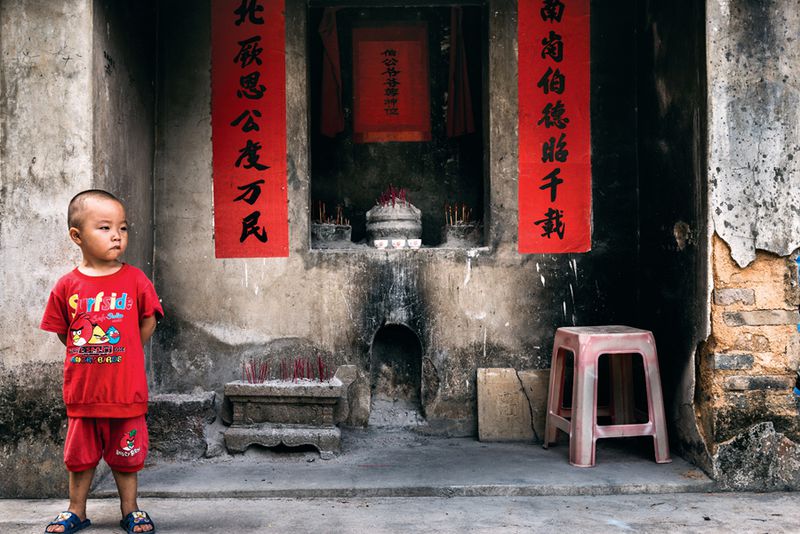 A child guards an “Uncle Temple,” a shrine dedicated to the earth god common in Cantonese Hakka regions

Acts of Faith is a story from our issue, “High Steaks.” To read the entire issue, become a subscriber and receive the full magazine. Alternatively, you can purchase the digital version from the App Store.