Lin Miaoke, the little girl who achieved 9-year-old notoriety by lip-synching at the opening ceremony of the Beijing Olympic Games in 2008, has somehow become an adult while you weren’t paying attention.

We know this because she’s in the headlines again recently, this time because it’s reported that she took the entrance exam to the Beijing Film Academy, but failed.

Though Lin’s career started in controversy, her post-Games career has been busy, though unremarkable: She starred in movies, TV plays and reality shows, performed in the CCTV Spring Festival Gala, and attended a lot of commercial activities, including even an event promoting an infertility hospital. Let’s have a look at a few other grown-up child stars and see where they are now:

Fang Chao was China’s ubiquitous child star of the 1980s. He began to act in movies at the age of 2. Before 15, he had starred in nearly 30 films and TV series and won many acting awards. He even co-starred with highly renowned Chinese actresses Siqing Gaowa and Pan Hong. However, Fang had a hard time getting into film school later in life and was once even found working as a waiter in a small restaurant for nearly two years. Now, Fang is back on the screen in minor roles.

Jin Ming was probably the most famous Chinese child star of 1990s. Dubbed “China’s Shirley Temple,” she impressed millions of Chinese audiences with her sweet smile and pigtails. She became extremely famous after she shot a series of hit TV shows, all adapted from the novels written by well-known romance author Chiung Yao. People today can still recall her excellent performances in Wanjun (1990), Longing for Husband to Return (1990), Grass by the Riverside (1992), and Plum Blossom (1993).

However, her early career trapped her in the box of “China’s child star” forever. As she grew up, Jin gradually lost her fame. It was difficult for adult Jin to find a suitable role, because the audience couldn’t accept seeing the little girl they remembered having a romantic relationship and doing normal adult things. Since the age of 18, she has become a mostly private and low-profile figure in the showbiz world.

But actually, Jin doesn’t sorry about herself. She has made a success in other fields. She was admitted to Peking University, one of the top universities in China, and studied in its School of International Studies. After graduating, Jin began to work at the Chinese Coal Mine Art Troupe. In 2012, Jin was reported to have tied the knot with Chinese film promoter An Yugang. 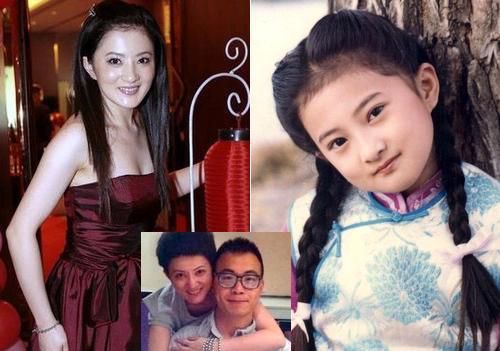 Guan Ling rose to fame in 1993 when she took on the role of Jia Yuanyuan, a humorous and charming young girl, in the 120-episode Chinese sitcom I Love My Family. This influential show was directed by famous director Ying Da, who is touted “the Godfather of Chinese sitcoms.” Guan graduated from the Beijing Institute of Technology with an MBA and is now an actress, TV host, and director. In 2011, she married Chinese TV producer Ji Yunfei, and gave birth to their first son in October 2012. 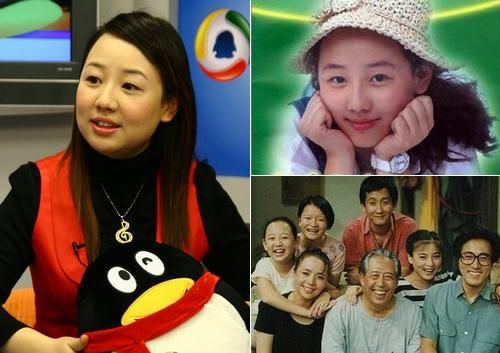 In 1988, Chen Jianan played the little dragon boy in the children’s hit fantasy TV series Little Dragon Boy when he was only 4 years old. The show was so popular that it’s said almost every Chinese person between the age of 25 and 35 can hum its theme song even today.  Between the ages of 4 and 14, Chen spent all his time shooting some TV series or the other, which caused him to struggle when he returned to school.

Choosing not to apply for any film university after graduating high school, Chen set about to make it in regular society. He operated a foreign trade company, set up his own music label, and now is vice-president of a stunt-training school. However, it was rumored that he has plans to remake Little Dragon Boy. 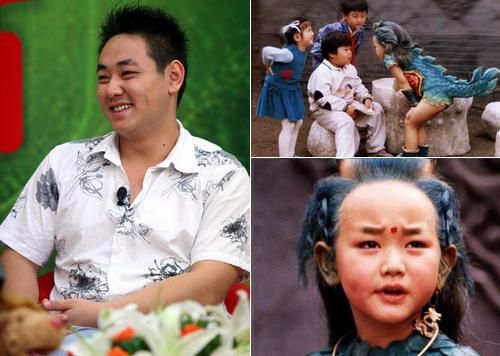 In 1999, Wei Minzhi of Hebei province became world famous overnight for playing a fictionalized version of herself in Zhang Yimou’s, Not One Less, a film about rural education that cast real children from the countryside. The movie changed her life, as the usual path for a girl her age in her area was to leave school at an early age, tend sheep, and then get married. Wei was asked act in Zhang’s film at age 13 and got amazing reviews, but she didn’t stay in show business. At 19, Wei became a student at Xi’an International Studies University. In 2006, she received a full scholarship to study at Brigham Young University-Hawaii. 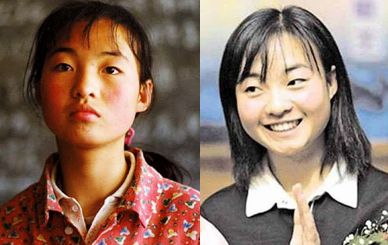 Wen Zhaoyu, known as “Little Binbin”, used to be a popular child star in Taiwan. Unlike most of the has-beens on this list, his stardom was replicable, quite literally. Wen now has three sons and the eldest has also become child star called, “Little little Bin,” who looks very similar to his father. His second and third son are dubbed as “Mini Bin” and “Cute Bin” by the public, respectively. 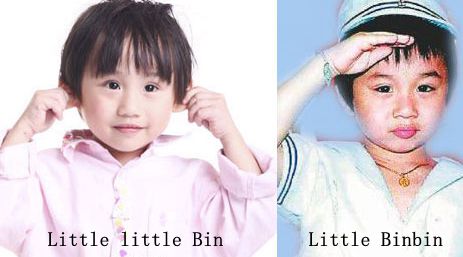