Welcome back one and all to the wonderful world of Viral Week. After a hectic weekend that saw public transport delays and vehicles being towed from parking spots, we come to the beginning of a new week. Coming up on today’s issue, we bring you a crucified son (no, not the one you’re thinking about), bursting free with extreme pressure, the most handsome monk in China, and witchcraft for hire. But first…

THE GREAT LOSS OF CHINA

The star-studded Zhang Yimou film was released last year to much fanfare and controversy in its use of the “white saviour”. By the name of Matt Damon [Mtime]

With a production budget that broke Chinese records, investors were hoping to reap in the the rewards of this Sino-US collaboration. In the beginning, the results looked good. The Great Wall became the fourth highest grossing film of 2016 in China with a box-office of 171 million USD.

Unfortunately, when it came to its North American debut, cinemagoers were less enthusiastic and thus the film retreated with only 34.8 million USD and its tail between its legs.

Reactions from the cast [Mtime]

Early reports suggest that the movie will have to take losses of more than 75 million USD, with US partner Universal Pictures on the hook for at least 10 million USD of the load. 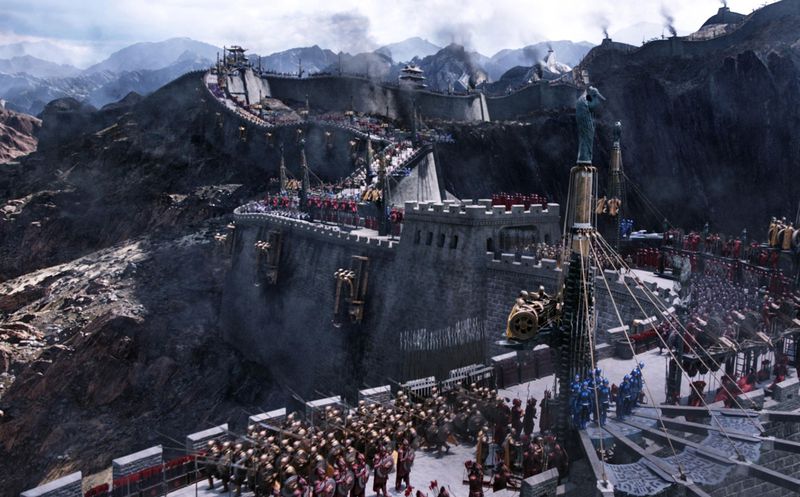 How much was spent on FX, I wonder? [Mtime]

Recently a boy was photographed kneeling on a plastic box, taped to a wooden cross.

The perpetrator of this deed was not Roman governor and all-round family man, Pontius Pilate, but in fact the child’s own mother. 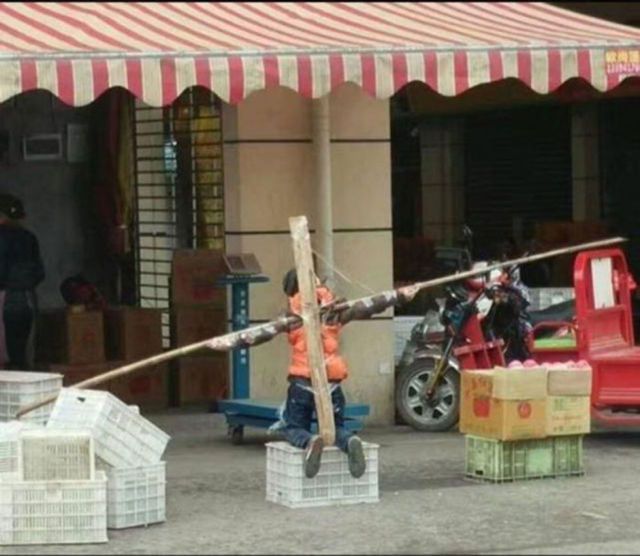 According to reports, the child had failed to complete his homework, so his mother decided to punish him in a Biblical manner. When questioned by reporters, the boy’s father brushed off the incident  and explained that it was simply a “joke” that his mother played on him.

The father was less courteous to the neighbor who took the photo. They apparently were involved in a fierce argument after the photo had been posted and spread on social media. The father claimed that the neighbor had invaded their privacy and was threatening to sue.

Currently the police are still investigating this matter and it is unclear as to which direction the final ruling will sway.

On a main road in Zhengzhou, Henan province, a street began to rumble. After a few moments of subtle trembling, the surface cracked and unleashed a fountain into the night. 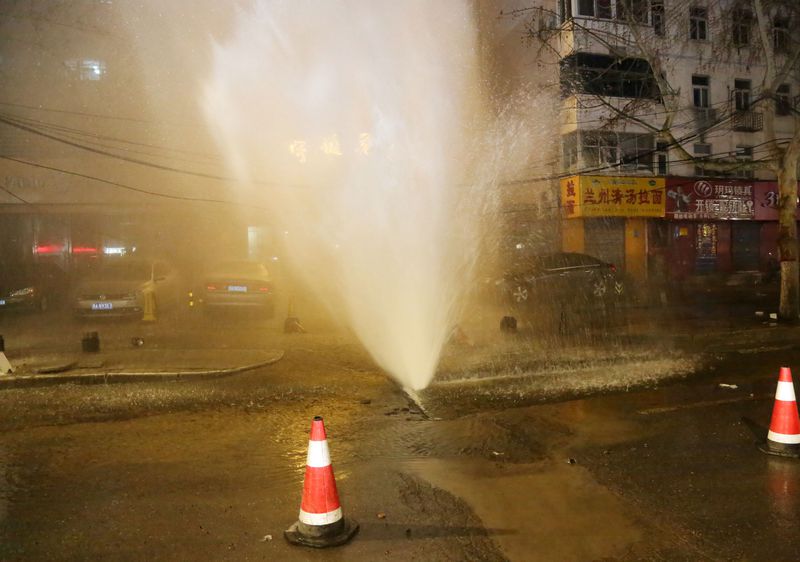 And it was glorious [NetEase]

Reports say that when the heating pipe was initial constructed, its position was too close to the surface. Thus when the water pressure became to large, the pipe was forced to burst through the surface of the road. 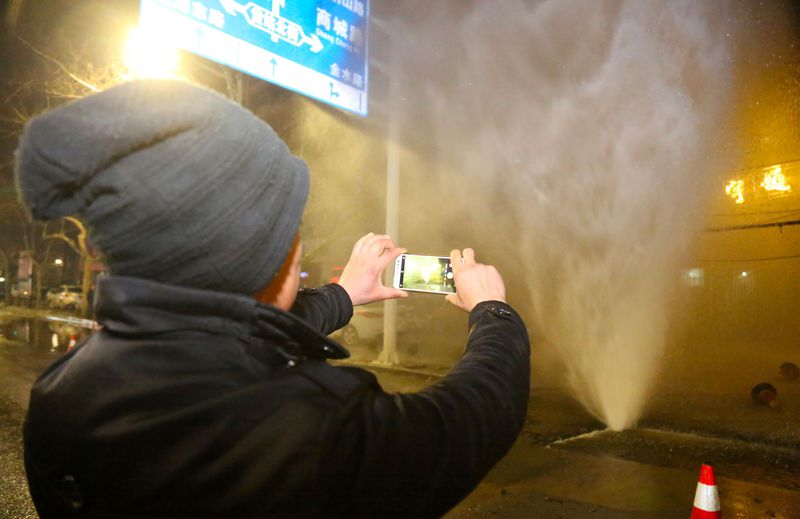 Passersby were astounded by such a sight and wasted no time in snapping photos of this “tropical rainforest”. “The guys at the cafe are going to love this” [NetEase]

Luckily, no one was reported to have been injured during the eruption, though worryingly, there has been no information on measures to prevent further outbreaks. 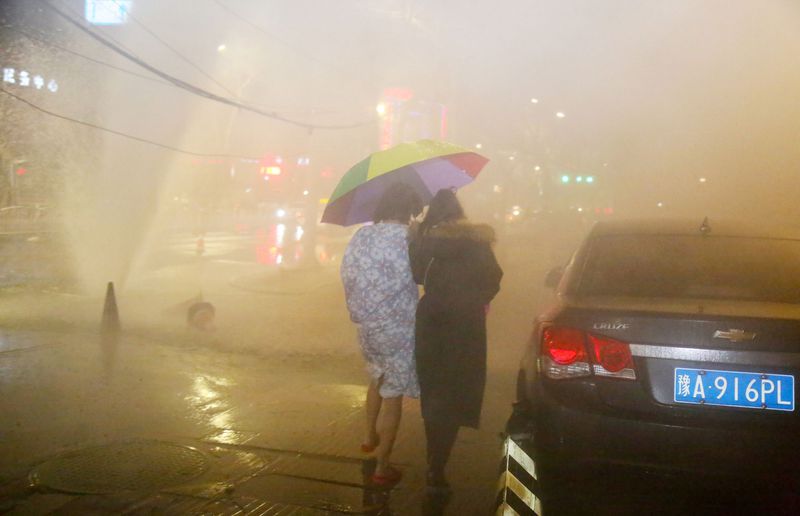 A certain monk in Pu’an Temple in Zhejiang province has become somewhat of an online celebrity, not because of his dedication and preaching, but due to his handsomeness.

Buddhist abbot Shi Mingxin was originally just your standard graduate by the name of Jin Hanjie. During the day, he would go to work as a civil servant and in the evening, he would spend his time playing video games or reading One Piece manga. During one particular gaming session, a meditative Buddhist chant was being played as background music in the game. It immediately resonated with Abbot Shi and signalled the start of his journey to monkhood.

Recently, while Christianity has been on the rise in China, Buddhism has seen its influence on the masses slowly whittle down. Abbot Shi’s fame has seen many visitors visit his temple just for the privilege of seeing him in person. Shi says that he is not tempted by the attention and sees the increase in visitors as a great thing, regardless of their reasons.

Remember when singer Lana Del Rey called for witches and warlocks around the world to perform mass ceremonies to get rid of Donald Trump?

Well, apparently this use for the occult has made its way to the Middle Kingdom. 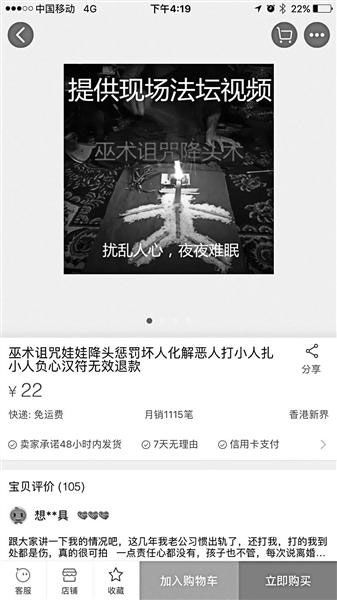 Perfect for that special someone [NetEase]

Vendors on Taobao, claiming to have backgrounds in Taoism or Buddhism mysticism, are offering their services in the form of curses, spells, and voodoo dolls. Prices vary from 20 RMB to 2,000 RMB depending on what the desired outcome is.

While this may sound suspicious and not at all grounded in scientific fact, there have been some products that appear to have been purchased over a thousand times.