The stories of the five most famous dragons in Chinese mythology

The mythical brilliance of the dragon continue to ignite the popular imagination, even in modern times – last summer a man claimed to have found a dragon in his backyard and the Internet went crazy for the story. In contrast to the malevolent dragons of the West, Chinese dragons are auspicious, often neutral guardians, or even benevolent protectors.

That isn’t to say that Chinese dragons aren’t dangerous; their powers frequently include divine magic and a whole host of special powers. To celebrate the dragons’ role in Chinese mythology, TWOC has compiled this bestiary of ancient Chinese dragons. 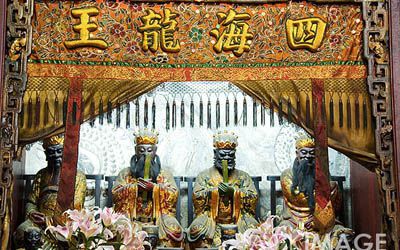 The four Dragon Kings are the divine rulers of the oceans, who control weather and bring rainfall. As befits kings, each has a royal court and commands an army of ocean creatures. The Dragon Kings appear many times in classical literature, most famously in the epic Journey to the West. Their magical powers extend far beyond controlling the weather, as they can appear in dragon form, human form, or as massive spouts of water. Even today, shrines throughout China honor the Dragon Kings and seek their favor on new journeys. It’s best to stay on the Dragon Kings’ good side though, as many stories discuss their willingness to cause droughts, storms, and floods. 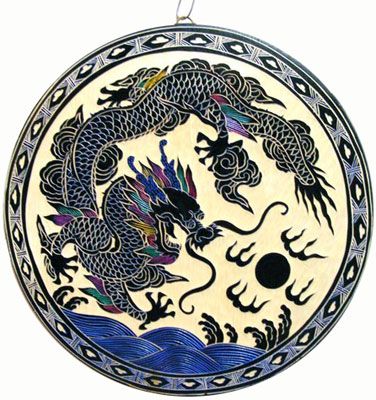 The Azure Dragon of the East is one of the most well-known dragons in China. One of the Four Constellations (四象, sì xiàng, four symbols) it can be seen in the night sky alongside the Vermilion Bird of the South, the White Tiger of the West, and the Black Turtle of the North. The Azure Dragon has a reputation associated with protection; in literature, this dragon has been reincarnated as several famous war heroes. The Azure Dragon is also associated with spring and the element, wood. The day that the Azure Dragon “raises its heads” (the constellation becomes visible) has gained popularity as an auspicious day to get a haircut. 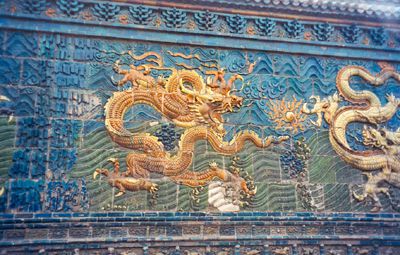 The Yellow Dragon is the dragon that symbolizes the emperor, as well as the center of the four directions. Sometimes said to be a reincarnation of the Yellow Emperor, the Yellow Dragon is said to have burst from a river to present the elements of writing to Emperor Fu Xi. The Yellow Dragon’s fondness for emperors (having been one in a previous life) means that it became a symbol for the imperial family, and the famous hornless dragon appears as a motif in Forbidden City architecture. The royal association with yellow became so strong that for a time, only the emperor and his family were allowed to wear the color. When people thing of auspicious dragons, including the dragon of the Chinese zodiac, this is the dragon that comes to mind. 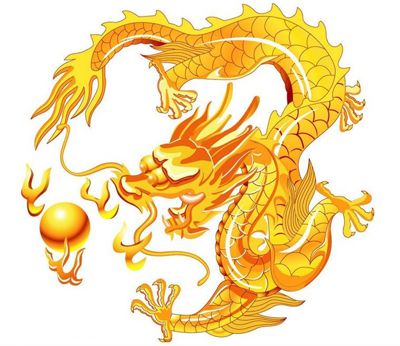 Fuzanglong are the dragons of hidden treasure. They live deep underground, guarding their massive hordes, said to include natural treasures such as gemstones and gold nuggets, as well as human-made wonders such as  great art. Fuzanglong are almost always depicted clutching their magic pearl, their most precious possession. Humans rarely see these elusive dragons, usually only when they’re deep underground hunting for forbidden treasure. On rare occasions, they’ll be roused from their slumber in the earth and burst out of the ground, causing volcanoes to form. When a volcano erupts unexpectedly, it’s said that a fuzanglong is reporting back to heaven. 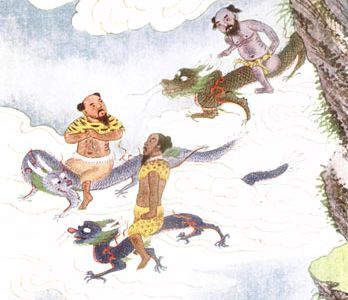 While many Chinese dragons can fly, feilong are said to actually have wings and spend their time soaring the clouds. In a Zhou Dynasty description, feilong are said to have dragon heads, phoenix tails, and multicolored scales. These flying dragons are an ancient species, earning an entry in the first Chinese dictionary 《说文解字》 (Explaining and Analyzing Characters, dated to 121 CE.) A sighting of a feilong was often used to signify a great or accomplished person, and very holy people were often deemed worthy enough to ride on their backs. An association with Daoism has persisted throughout history, as the the immortal feilong had achieved the fabled  Daoist objective, immortality. In modern times, the feilong have lent their name to a genus of pterosaurs, one of the species of real dragons to have roamed the Earth.

These brief descriptions do not cover the inordinate wealth of dragon lore in China. To get your dragon, read more about the dragon beneath Beijing, or the origins of the Dragon Boat Festival.

Olivia Bullock is a contributing writer at The World of Chinese.