Since the founding of the People’s Republic of China in 1949, 175 countries have established friendly, diplomatic relations with it. The National Museum of China has created a new permanent exhibit presenting this history through an array of 611 gifts received by Chinese leaders from foreign dignitaries as diplomatic gestures.

“The Friendly Exchanges Between The Witness of History” is a unique showcase of culture and art from different countries across the world, ranging from ornate cigarette cases to engraved swords. Many gifts were given as a result of peaceful resolutions to border disputes, marking significant moments in China’s diplomatic history.

In 1953, China and North Korea signed the Korean War Armistice, with China agreeing to provide extensive post-war economic assistance in the reconstruction of the country. The embroidery gifted to China shows Chunhyangga, a traditional Korean story female purity and resistance. A vase was gifted by North Korea a year later in 1954, likely thanking China for their financial and ideological support and extensive cooperation in rebuilding the country. 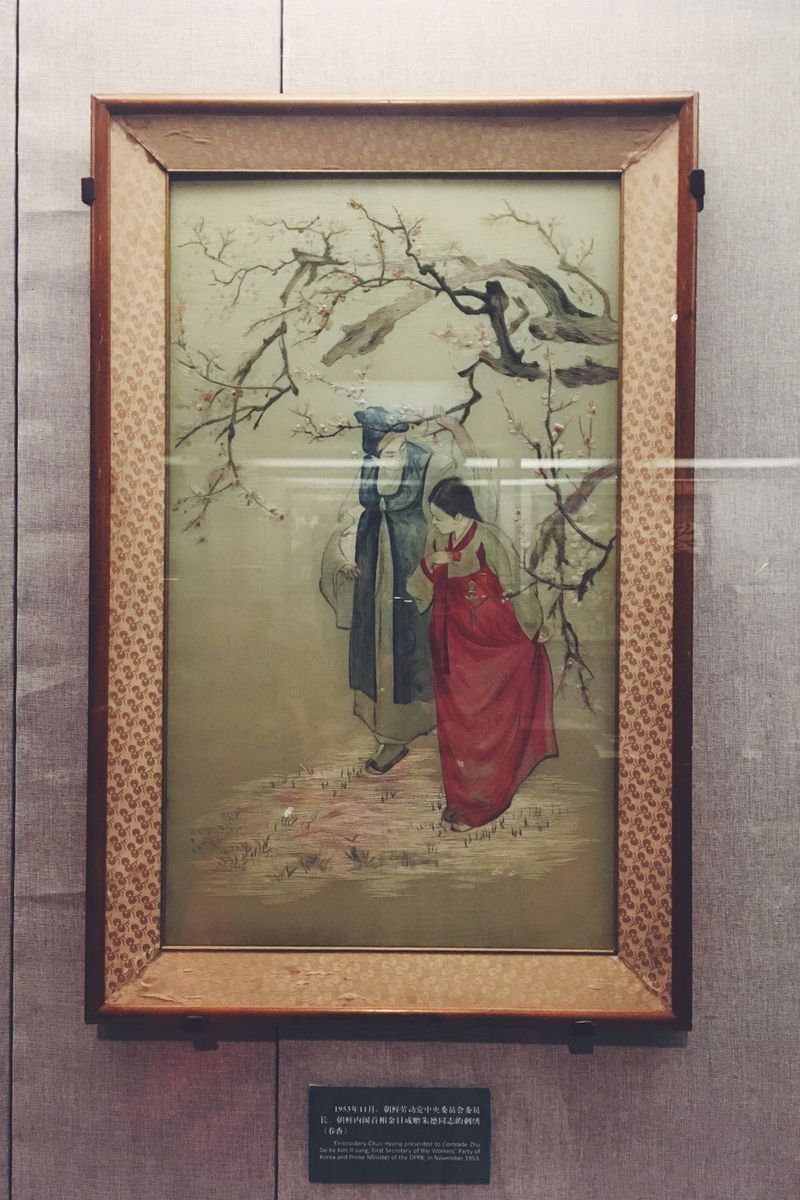 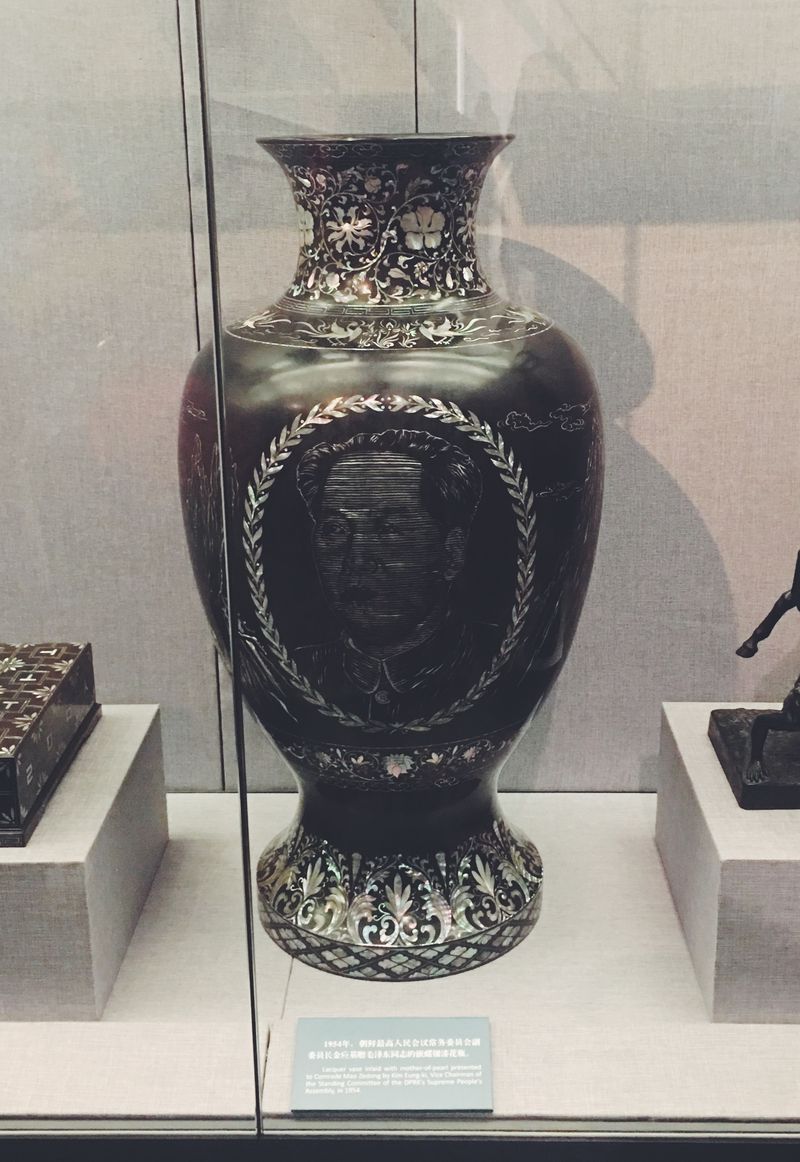 A porcelain vase (below) gifted to China in 1991 marks a significant year in the history of North Korea. 1991 saw the collapse of the Soviet Union, leaving China as North Korea’s only ally in the midst of a major economic crisis. 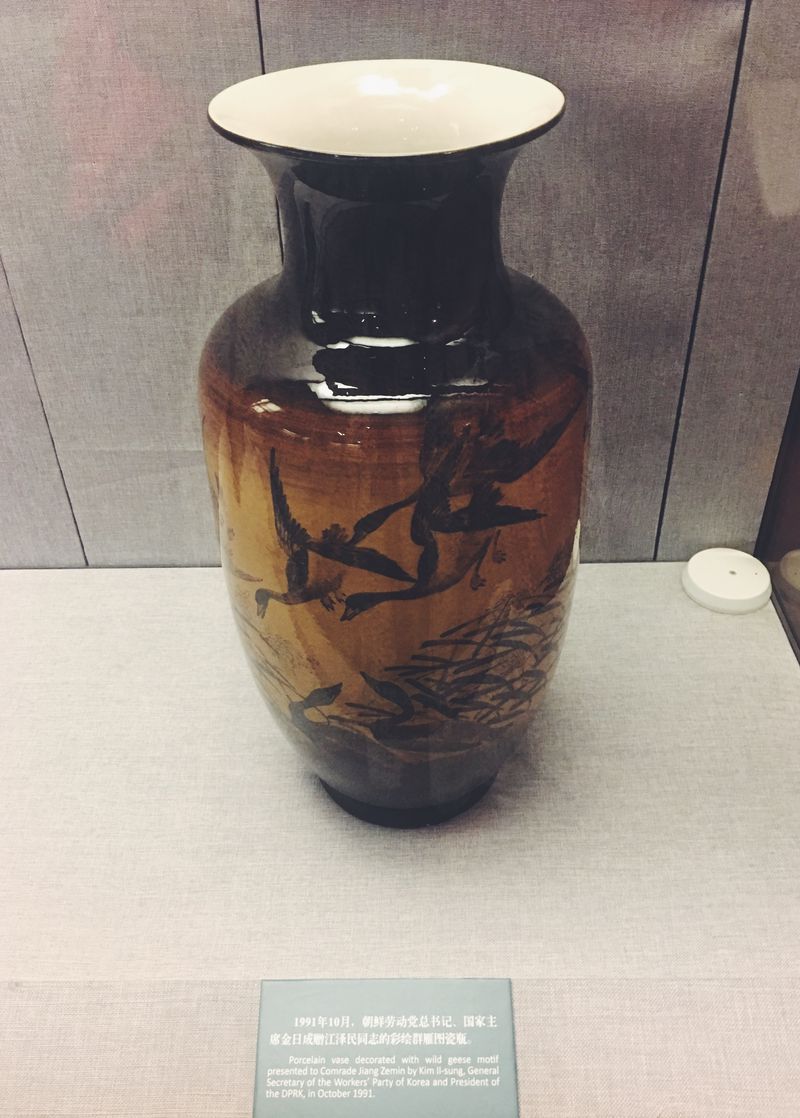 Indian President Shankar Dayal Sharma presented President Jiang Zemin a “footed copper vase” in 1996. In 1996, a UN agreement was signed between China and India regarding fostering a “long-term good-neighborly relationship,” with a specific reference to neither side using or threatening to use force against the other. In China, according to feng shui principles, the vase symbolizes harmony in the home. 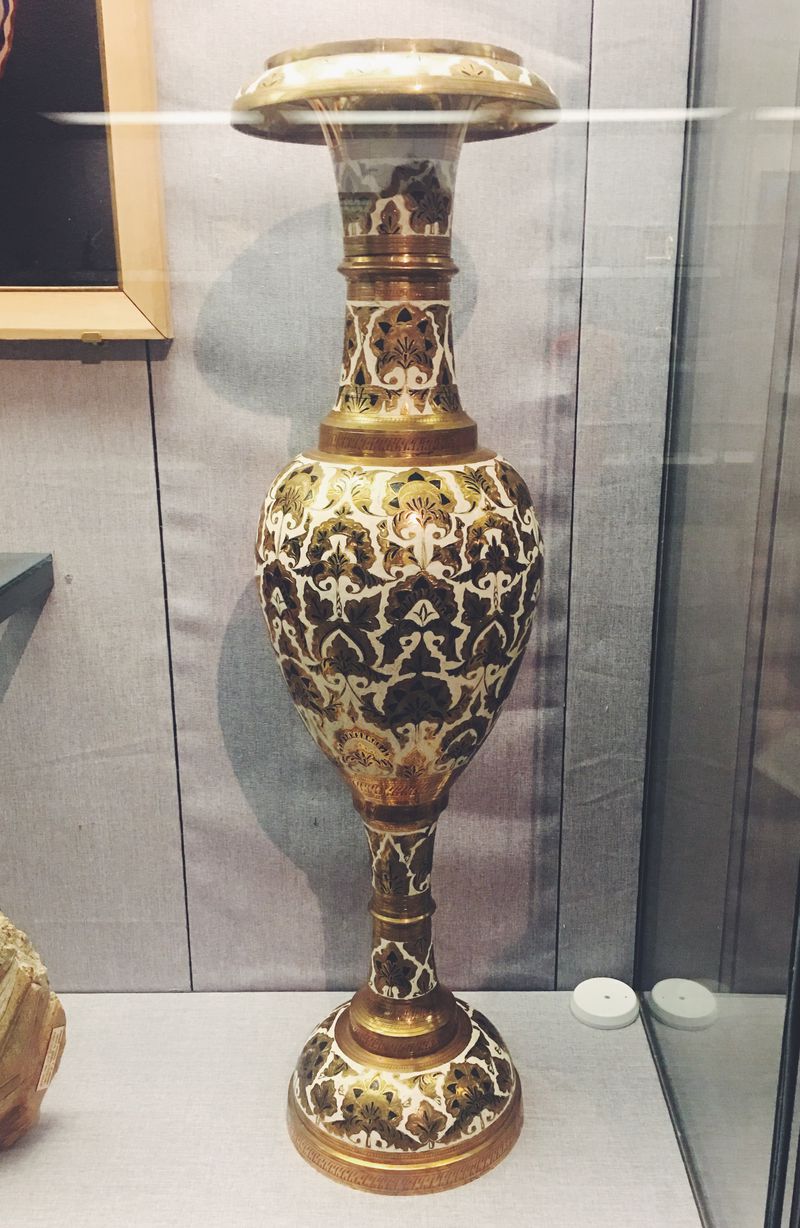 Diplomatic relations between Pakistan and China began in 1950, with military assistance beginning in 1966. In 1966, a silver model of the Shalimar Gardens was gifted to President Liu Shaoqi on behalf of the people of Lahore. Built almost 400 years ago, the Shalimar Gardens of Lahore are a testament to traditional Mughal architecture and was featured in the 1975 Pakistani film Mera Naam Hai Mohabbat, which became a hit in China. Pakistanis have the most favorable view of China, according to the Pew Research Center—75 percent of Pakistanis see China’s influence in the country as positive. After the collapse of the Soviet Union in 1991, newly-founded Central Asian republics, such as Kyrgyzstan, were left landlocked within unstable borders. In 1995, as the new government in Bishkek struggled to impose itself at home, tensions along the border with China came to a head when both countries claimed sovereignty over the Tian Shan mountain range which straddles the border.

The focal point was Khan Tengri, a 6,995-meter peak separating China’s sprawling far-western province of Xinjiang and eastern Kyrgyzstan. Despite the militarization of the border regions, diplomacy prevailed. In April 1996, China and Kyrgyzstan put their differences aside as they helped found the Shanghai Cooperation Organization together with Russia, Kazakhstan, and Tajikistan. The SCO, or “Shanghai Five” as they were dubbed, initially committed to “deepening military trust in border regions,” before agreeing to a “reduction in military forces” the following year in 1997.

To express his thanks to China for conceding territory to Kyrgyzstan, Almanbet Matubraimov, the Chairman of the Kyrgyz People’s Congress gifted Qiao Shi (then a member of the Politburo Standing Committee) a 103.5cm x 80cm oil painting. The painting, “Scenery at the China-Kyrgyz Border,” shows Khan Tengri at sunrise, symbolizing the two nation’s optimism as they established diplomatic ties. 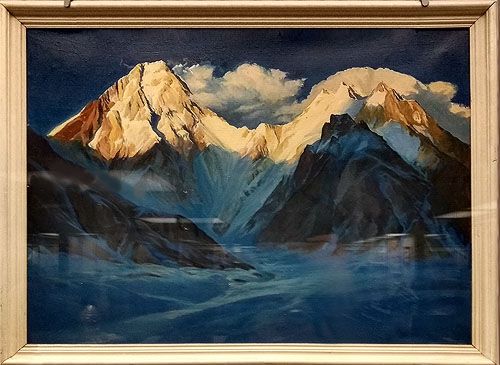 Since its foundation in 1996, the SCO has met every year to promote regional security, and political and economic organisation. On June 9, 2017, the group welcomed India and Pakistan as new full member states. As President Xi Jinping looks to expand China’s “One Belt One Road” initiative, organizations the coordinate within Central Asia will be of particular importance. Traditional Chinese artwork on display in the US Get Your Claws Into Xiaolongbao