On August 3, sales of Beats headphones featuring the mascots of Japanese-Korean messaging service Line began in the official Beats store on Tmall, the latest branding victory of an app that isn’t even available in China.

Yet the app was blocked by the mainland’s Golden Shield in July 2014, less than two years after launching in late 2012.

Undaunted, Line partnered with a Chinese corporation to bring the app’s stable of colorful animal mascots to the mainland. The first Line Friends Café, offering cuddly merchandise, lattes, and animal-shaped desserts, opened in Shanghai’s Fuxing Plaza in 2015; the café’s popularity is such that it’s still nicknamed “(Stand in) Line, Friends,” two years later. 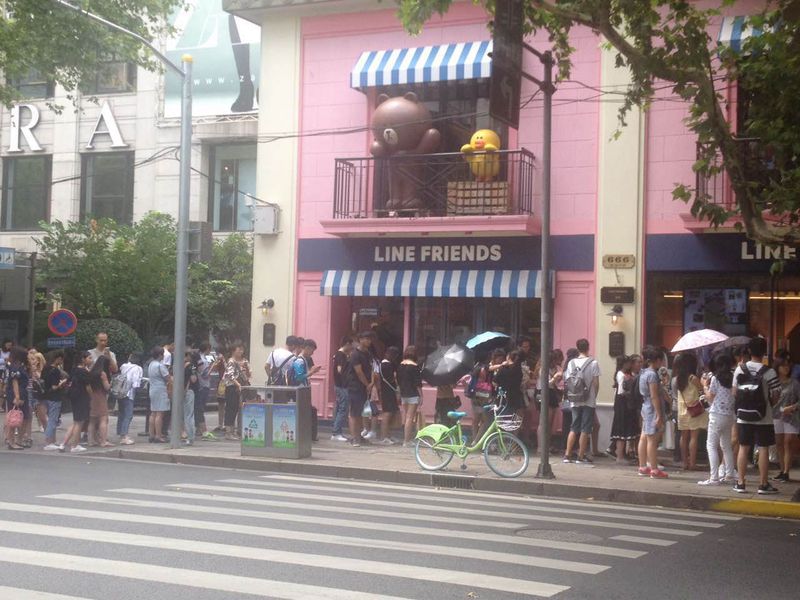 Line’s main quartet of characters—Brown the Bear, Sally the Duck, Leonard the Frog, and Cony the Rabbit—started life as emojis but can now be found across China on products from air purifiers to moisturizer to Moleskine notebooks and McDonald’s meals. In May, the Kids with Line Friends theme park opened in Chengdu’s Yintai Center.

It may seem a strange situation, but Line itself began in unlikely circumstances. After Japan suffered a 9.1-magnitude earthquake in March 2011, local engineers developed the internet-based messaging system to help restore a shattered telecoms infrastructure; Line was released as a public app three months later. 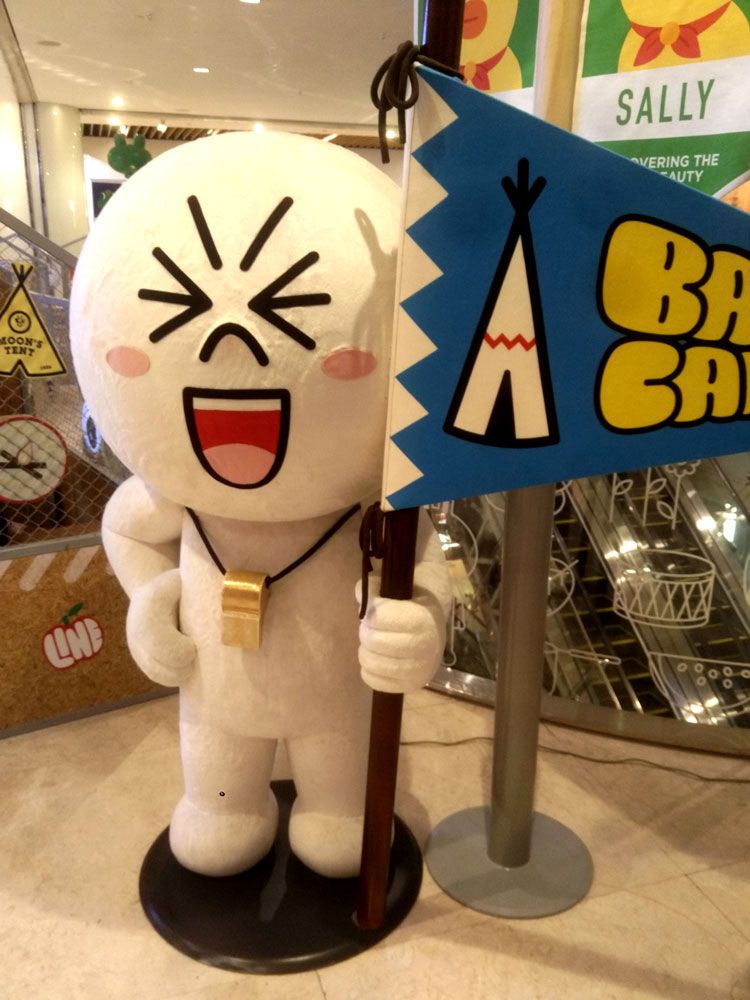 Since then, messaging has become a sideline for the Line Corporation’s core revenue streams: Digital products, like stickers and video games, and licensing, such as apparel and TV shows (the Friends appeared in My Love from the Star, which, like other Korean dramas, was a huge hit in China). “They’re cute, playful, colorful characters, very suited to the Chinese market,” one marketing executive told Advertising Age.

They’re also outlaws. “People yearn for what is forbidden…the consumer is aware that Line is a hip social media platform in Japan and Korea,” market analyst Chen Yang told business publication CBN Weekly. “Those consumers lined up in front of the Line Friends Café may not be there just for the coffee, but are seeking an affirmation of status.”