Although the past few years have seen the increasing prevalence of childhood obesity in China, there are also a growing number of individuals taking fitness and exercise seriously. In addition to gym memberships and marathon-running, a boom in yoga and grandma-led “plaza dancing” have brought both joy and anguish to the citizenry.

But recently, another kind of organized exertion has been making the news.

Yet it has nothing to do with the military (china.com.cn)

Higking groups (sic) are fitness enthusiasts who share an interest in walking, running, or hiking. Together, they organize regimented marches along set routes, harnessing the power of the hive mind and peer pressure to make health gains. (According to the Higking Group City Alliance’s Douban page, the name comes from “highking,” a word they made up after failing to find a proper translation for their Chinese name 暴走团, “violent walking group.” The “high” refers to the ecstatic feeling; no explanation what happened to the “h.”)

See, not a typo (baike.com)

While this does sound like an effective way to encourage the lazy to exercise, higking groups have also been the source of some public debate, mainly due to an unfortunate (if, perhaps, inevitable) incident.

A couple weeks ago, one higking group was marching down the left lane of a highway. As they neared an exit, a taxi suddenly ran into the back of the group, taking out several members, before veering to the side and stopping.

Accidental or on purpose? You decide (jsdushi.net)

This crash resulted in the female driver being charged with the vehicular manslaughter of one (two others were injured), but also highlighted the controversy surrounding the new sport. The higking group involved has questioned how the driver could have failed to avoid this cyan-shirted phalanx if paying proper attention. However, online commenters were baffled by why there were so many people were using highways as exercise tracks in the first place.

The higking group involved has said they were only running in the middle of the road because the sidewalks were under renovation, though commenters have pointed out that their particular city, at least, was not lacking in trails for running or walking. A lack of accessible parks, and sidewalks blocked by construction (legal or not), are familiar problems to Chinese cities. But as an op-ed in the Beijing News alleged, people are also “intimidated” by higking groups of “a hundred strong,” that take up entire lanes meant for traffic and wave flags, wear uniforms, and shout slogans as they walk.

This issue has devolved into an argument between higking practitioners and car owners, with most bystanders taking the side of the machines, citing higking groups’ “disruption of traffic” and “tyranny.”

Unfortunately, this kind of problem does not seem to going away. Just last week in Nantong, Jiangsu province, a group of “higkers” surrounded a bus and beat up the driver after he failed to give way to the group crossing the street. The driver ended up with eight stitches and an unrecoverable tooth. 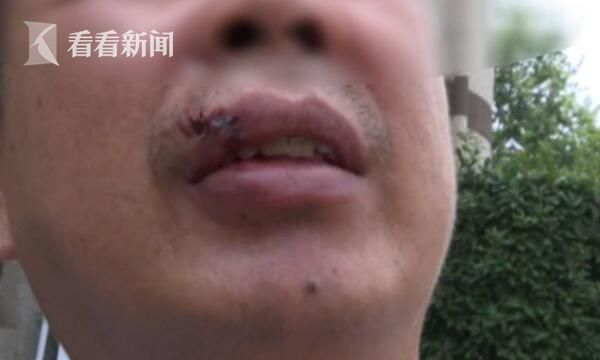 Higking groups are far from the only fitness demographic to become a serious source of public irritation. Plaza-dancing dama have come under fire due to their occupation of large spaces and use of loud music. But the issue is less about fitness than inter-generational tensions: the higking controversy also involves middle-aged and elderly exercisers at loggerheads with young netizens over space and public decorum.

And when disputes happen, more often than not, fisticuffs follow.