Continuing our series on localized monikers for Western stars

Have you ever found yourself in conversation with Chinese youngsters discussing the latest in entertainment? After half an hour of pretending to understand, you realize they are talking about Western celebrities, but have no idea who.

It’s not because you’re old (probably): It’s because many famous Westerners have their very own Chinese nickname given by the inner circle of their fans.

Previously, we introduced a few to get you started on your initiation. We even broke down foreign politicians and how their names are translated.

Now, we’re back and serving up another dose of nicknames that may be the difference between being in the “know,” and a lifetime of lurking.

Anyone familiar with the career of Cranston will know that having made his name as the dad in Malcolm in the Middle, Cranston achieved mainstream fame as the main character in Breaking Bad.

His character’s name was Walter White. To many Chinese viewers, he is old. Thus he is Laobai.

Just like Cranston, Cumberbatch’s Chinese nickname is based on a combination of career-defining roles and personal attributes.

In this case, Cumberbatch’s auburn locks give rise to the use of juan (curly). Fortune, on the other hand, may seem random but is, in fact, the first character in the Chinese name for Sherlock Holmes (福尔摩斯).

Maybe the best nickname on this entire list, Malaji works on many levels.

Firstly, it sounds like Minaj (say it out loud). Secondly, due to Minaj’s propensity for dressing provocatively, “numbing” and “spicy” could easily refer to her physical attractiveness.

Then there’s the debatable innuendo with the Chinese word for chicken….

Sometimes the celeb name writes its own nickname. 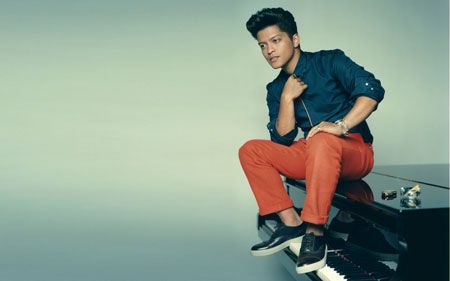 Coming up with his own nickname (putclub.com)

Chinese fans simply took Bruno Mars’ surname (as in the planet) and made it his thing. The addition of ge (elder brother) is a common way to address a young-ish individual with more familiarity. 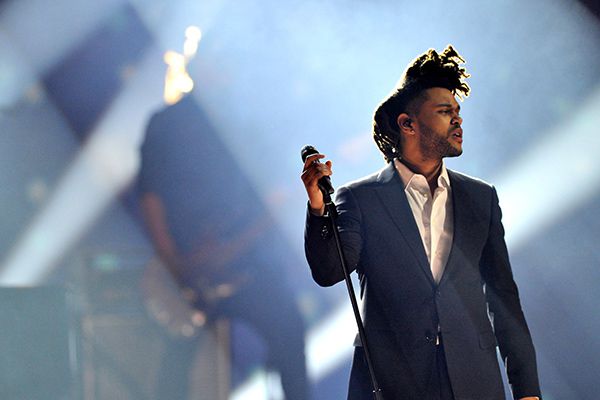 Unfortunately for newcomers, The Weeknd changed his hairstyle late last year so he no longer resembles  a penzai (bonsai, see above)…but the nickname still stands.

Speaking of previous fashion choices that left a lasting impression…

Katy Perry is remembered in China for her ability to perform on stage in various fruit-themed costumes. Soon the nickname Shuiguojie became commonplace when discussing the singer. 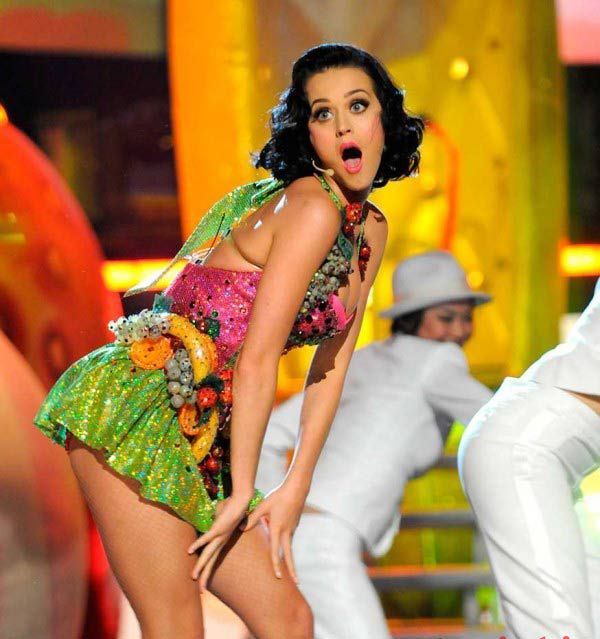 Perry and her fruits (mcchina.com)

But just like The Weeknd, naming celebs after trends can be risky. Fruit Sister has long since forgone the brightly colored cornucopia, and now goes for clothing that’s a lot darker.

At times, Chinese pop culture can be inadvertently racist. It also doesn’t have a great record when it comes to sexuality. 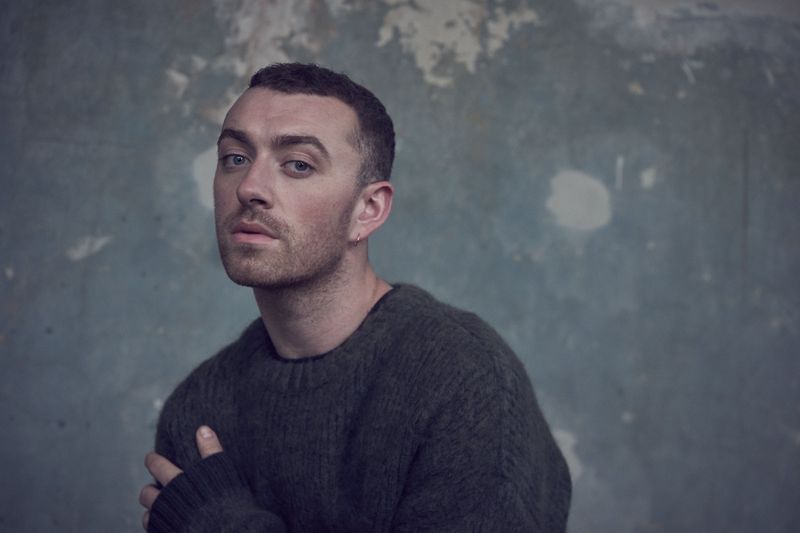 Then there’s mu. While there is a lack of definitive definition when used alone, due to its feminine radical, it is almost always used to describe a female of some kind. Given that Smith is gay, it is obvious why the Chinese chose such a character, and it reflects how they view gender politics, especially given how Smith feels “just as much a woman as [he does a] man.”

Mahatma is Sanskrit for “great soul” which is the equivalent to the modern term of Saint. However, in China, it is also the nickname for the nation’s favorite primate, the Monkey King Sun Wukong.

The reason behind this choice of alias for the Welsh superstar is obvious when they are placed side-by-side.

Didier Drogba is perhaps the most famous African player (name another who has stopped a civil war). He is also regarded as intensely handsome by his Chinese fans, so they named him the African version of one of China’s most famously good-looking actors, Andy Lau. 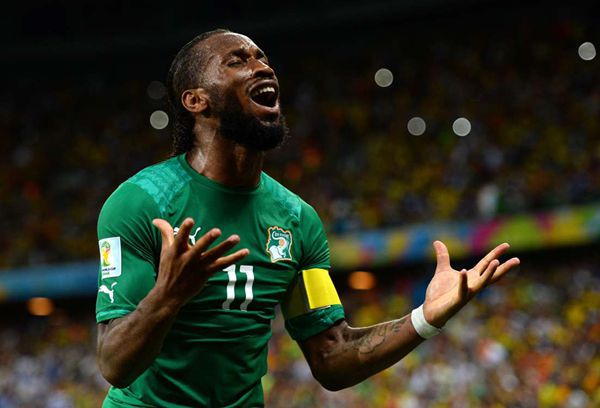 Huluwa is an iconic cartoon series released in the 80s. It became instantly popular with those born in during that time period.

Villa is also from that generation, so when he became popular, many of his fans had also grown up watching Huluwa. Facial similarities were enough for them to bestow this nickname onto Villa. In the English-speaking part of the world, NBA pioneer Stephen Curry is often known as the “Baby-Faced Assassin” due to his infantile looks and killer-instinct on the court.

The Chinese took the “baby-faced” and replaced it with “cute”. Then they replaced “assassin” with “god”, thus given us the Mengshen.

Steph Curry is a savage (Baidu)

It should be noted that Curry is also referred to as 萌面杀手 (“cute-faced assassin”), which is a closer translation of his English nickname. However, since it is four characters long, many prefer to just go with Mengshen.

While his English nickname combines his nationality and athletic ability to produce “The Greek Freak,” Chinese fans pointed out the fact that Giannis’ surname is ridiculously hard to spell and pronounce.

That feeling when you get the spelling right (Baidu)

So instead of attempting, and ultimately failing, to write it every time he is discussed, fans in China simply refer to Giannis as “the guy with too many letters in his name,” or Zimuge.

For more celeb nicknames, check out this previous article. In Chinese politics, it is difficult to know what’s left