Hello and welcome back to the the Viral Week. Coming up today, we bring you highlights of Trump’s visit to China, a government security video for children, American college basketball players arrested in Hangzhou, and Jack Ma’s busy weekend. But first…

Footage of mall violence was recently released online and sparked debate among netizens.

Apparently, the woman in white was arguing with several sales assistants over an issue concerning the toilets. After leaving the restroom, the woman was again confronted by the salespeople, one of whom proceeded to slap her.

Unfortunately for that individual, the woman’s husband saw the incident and immediately flew into a rage. He kicked the sales assistant and is later seen dragging her by her hair. The husband later apologized for his behavior and the authorities are still investigating the matter. The wife is said to be in hospital, as there is a possibility she may miscarry.

Most of the online reporting of this incident asks readers for their opinion on the matter, hoping to instigate outrage.

However, the responses are overwhelmingly one-sided.

“He was right to attack, attack to kill”

Last week saw the coming and going of US President Donald Trump.

Here are some of the highlights.

November is National Security month in China and, in order to better inform the youth of today, the Chinese Society of Education has released an educational video.

In the animated clip, a young boy tells his class about national security. The clip flashes back to his dad, an engineer at a Chinese military factory, attempting to send pictures to a foreign magazine. Before clicking on send, the boy’s grandfather comes over and points out an article in the Global Times about the arrest of a man providing photos of China’s first aircraft carrier to a foreign magazine.

The father is initially doubtful, but after telling his contact that he is unable to send the pictures, he is threatened. Fortunately, the father reports this incident to the authorities who promise to protect him from the consequences, and continue to help them fight foreign spies.

The video concludes with a passionate speech, stating that China’s national treasures are not just limited to pandas, but also include technology, finance, and military. The boy ends by praising the numerous “nameless heroes” that make up China’s security services, while his classmates fervently applaud.

After their arrest, the three were ordered to stay at their hotel until the police finish their investigation. On Saturday, the rest of the team flew back to Los Angeles, but it is expected that the process could take another week of two and it is unclear what actions UCLA could take.

And for those interested, UCLA beat Georgia Tech without those three players.

Jack Ma sure had a busy weekend. Firstly, his Singles’ Day show showcased his reach by inviting all manner of foreign celebrities into the fold. Previous records were smashed once more as Saturday saw 168.3 billion RMB worth of transactions handled by Alibaba. 812 million orders were made during this 24-hour period, an increase of 23 percent from last year. 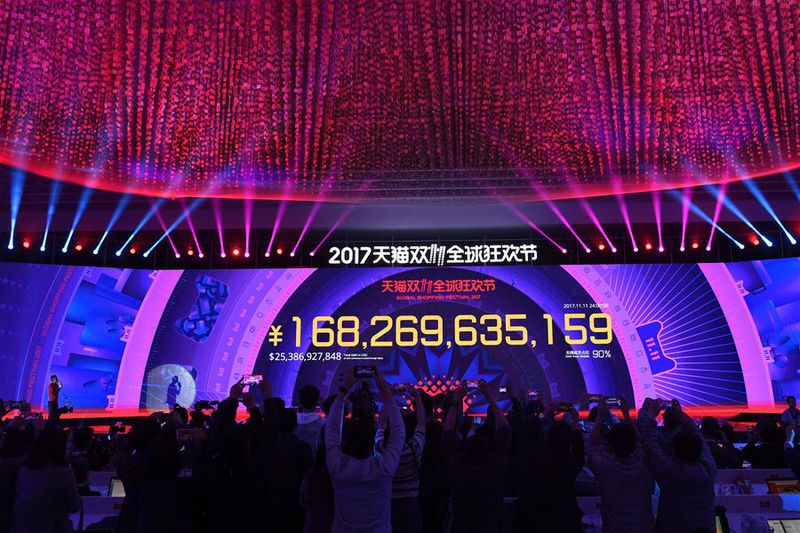 Okay, so they rounded up (Xinhua)

If that was’t enough, Ma’s much anticipated martial arts short film also made its debut. In the film, Ma fights against masters of various martial forms, dismisses the only female character as unworthy of combat, and assaults police officers. Check it out.