“It’s so big.” “It’s too crowded.” “Everything looks the same.” Despite being one of the major tourist draws in Beijing, the nearly 600-year-old Forbidden City has sometimes struggled to tell its story. Curator Shan Jixiang and his staff are on a mission to change this.

From 1421 to 1924, the palace served as the home to 24 rulers of the Ming and Qing empires. The court abdicated on behalf of the last emperor, six-year-old Puyi, in 1912 but negotiated a deal with the new Republic of China to allow the ex-monarch to live in the back half of the Forbidden City. Puyi’s residency came to an ignoble end, however, when he and his family were unceremoniously booted by the warlord Feng Yuxiang in 1924.

The Palace Museum, which originated as a set of exhibitions in the southern courtyards of the Forbidden City, expanded to include the whole complex and opened to the public in 1925. The palace suffered during the wars and revolutions of the 20th century; many of the choicest pieces in its collection were removed from Beijing by the Chinese government in advance of the Japanese invasion in 1937. These items ultimately ended up as the centerpiece of the Taipei Palace Museum.

After 1949, the palace suffered several years of not-so-benign neglect—there was even talk of demolishing it as a symbol of the “shackles and limitations” of feudal rule, but the topic proved sensitive enough to shelve—as well as active damage done during the Cultural Revolution. Indeed, Red Guards may have succeeded where several other armies had not, and sacked the city, had Premier Zhou Enlai not sent troops to guard the gates.

Richard Nixon’s visit in 1972 brought an end to this era of uncertainty. The palace became a soft-power staging area for visiting dignitaries—most recently Donald Trump who, last November, dined in the recently restored Jianfu Palace (“Palace of Established Happiness”). That building had burned down in 1923, in a fire likely set by eunuchs seeking to cover up their corruption and incompetence. (It is unclear if President Trump appreciated the irony.)

According to Shan, only 30 percent of the Forbidden City was open to visitors when he took over as curator in 2012; some portions of the complex were even leased to outside tenants, or used as staff areas. Today, around three-quarters of the property is accessible and, by 2025—which happens to be the centennial of the Palace Museum’s opening—over 90 percent is expected be renovated and accessible. (While the complex is known historically as the Forbidden City, today it’s often known as Gugong, “Old Palace,” and officially “the Palace Museum at the Forbidden City.”)

“If 70 percent of its space is not open to the public and 99 percent of its relics are not showcased to patrons—or if visitors don’t look at any exhibitions but just walk down the central axis from the front entrance to the back gate—it is not a museum that people can enjoy from the bottom of their hearts,” Shan told Xinhua in October. 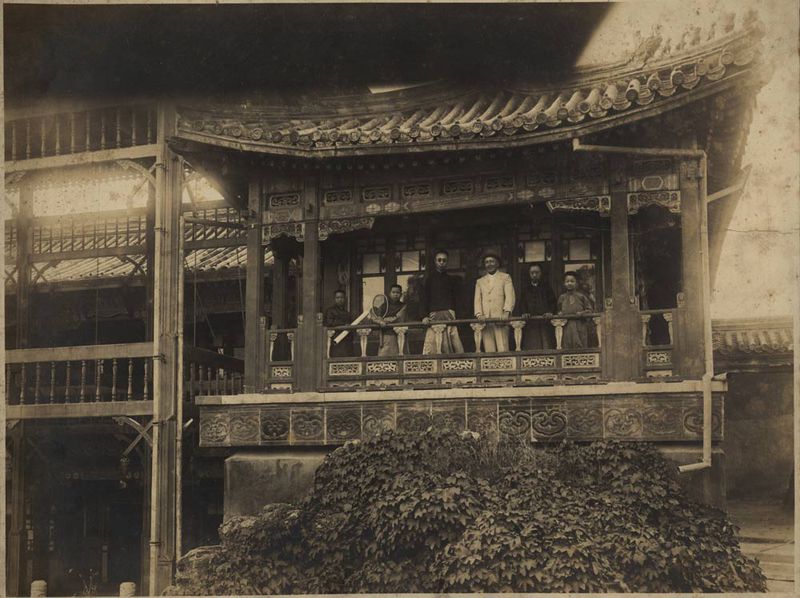 Puyi (third from right), the last emperor, with his tutor and advisor Sir Reginald Fleming Johnston (fourth from right) and his brothers on Yangxingzhai Tower in the Forbidden City (Fotoe)

All over the palace, offices, tool sheds, concessions, and other non-historical and temporary structures are getting torn down. New lights using fireproof technology now illuminate interiors. Further renovations are paying the same attention to material culture—the art and artifacts that make a room come alive—as the physical structure. Other interior courtyards and buildings are being opened as exhibit spaces to showcase the museum’s enormous collection.

Among the areas now accessible are the palace walls: Museum-goers can walk from the Meridian Gate, the Forbidden City’s “front door,” to the East Gate at Donghuamen, which houses an exhibit about the palace’s  elaborate rooftops. During their stroll, visitors can stop at the Southeast Tower, and see a 25-minute virtual reality film showing how buildings were erected with thousands of pieces of wood but not a single nail.

For over a decade, the 63-year-old Shan served as director and party secretary for the State Administration of Cultural Heritage. While the move from being the country’s top cultural watchdog to running a museum was something of a demotion, Shan’s experience allowed him to clean up an establishment previously mired in corruption, and move forward with ambitious plans for the future. In 2012, the museum had 15 million visitors, and during peak periods, over 150,000 would come through the Meridian Gate in a single day. Realizing that human traffic posed a significant risk for historic preservation, Palace Museum staff imposed a limit of 80,000 visitors per day in 2015, and instituted real-name registration to make it hard for scalpers to take advantage of the policy. Even with this daily quota, the museum has seen a rise in sightseers, with nearly 16 million visiting last year.

In October, the museum attempted to move ticket sales entirely online, closing walk-up windows. Shan’s reasoning was that this would make visiting the Forbidden City more “accessible,” cut waiting times, and further frustrate scalpers. Instead, the change ended up frustrating visitors, especially international travelers unfamiliar with the new system or unable to purchase their tickets online, and special booths had to be opened to assist them. (While the Forbidden City has offered online reservations since 2011, the website is Chinese only, and payment options are limited to Chinese cards and Alipay.)

In an interview with China Radio International in October, Shan said that updates were coming and that the museum plans to work with online booking services and mobile apps, an area where the Palace Museum has already had success. 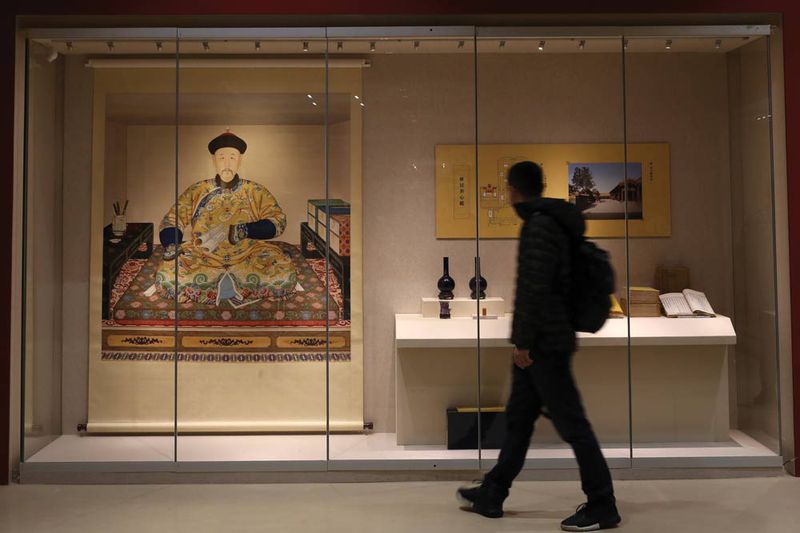 Artifacts from Yangxin Dian, an unopened courtyard of the Forbidden City, were exhibited in Nanjing in December 2017 (VCG)

Since 2013, the Palace Museum’s New Media Department has released eight apps allowing users to explore the Forbidden City with a digital guide, build their own city, or explore imperial fashions and experience palace life. The 365 Days of Masterpieces, an app released in 2015, provides daily updates that highlight pieces in the museum’s collection. It quickly became one of the Apple Store’s most downloaded Chinese apps.

The Forbidden City has also entered the lucrative world of e-commerce. The museum’s Taobao store opened in 2008, and received a boost in 2014 when they developed a line of trendy accessories and toys. “We have designed and developed a total of around 8,700 kinds of distinctive cultural creative products and accessories by the end of 2015,” Shan told China Daily earlier this year. “For example, we all use phones, so we designed more than 400 kinds of phone cases decorated with cultural elements; we also designed stringed Buddhist beads-inspired earphones, which became the winner of a national creative products contest.” Though there’s no longer 9,999 rooms filled with a million works of art, last year, the Palace Museum’s collection of cultural products and gifts reached over 1 billion RMB in sales.

Museum staff remain busy opening more areas for visitors. The Changyin Ge (“Studio of Unimpeded Sound”), the largest opera house in the Forbidden City, was renovated earlier this year. History buffs also await the re-opening of the Yangxin Dian (“Hall of Mental Cultivation”), the courtyard where many Qing rulers lived and worked. An exhibit of its furnishings and artwork appeared at the Capital Museum in Beijing last year, before traveling to Shanghai and Hong Kong. A branch of the Palace Museum is now slated to open in Kowloon in 2022, a proposal criticized by Hong Kong residents concerned that the plan was approved without public consultation.

Despite the challenges, the Palace Museum is leading the way for other Beijing historical sites in research and guest experience. No longer simply a slog through empty courtyards, the Forbidden City is ready to take its place among the great museums of the world.

The Unforbidden is a story from our issue, “Fast Forward.” To read the entire issue, become a subscriber and receive the full magazine. Alternatively, you can purchase the digital version from the App Store.