There are few real residents left in Beneficent Temple slum. Aside from a man smoking his cigarette outside, a woman who hasn’t yet signed the relocation contract, and a few stragglers with the security guards (bao’an) knocking on their doors, it’s mostly just people like me—vultures, scavengers here to collect the ruins.

I see a woman walking away with a cart full of scrap metal. I talk to a man wrapping old electrical wires that he says he’s going sell. I am here, however, to collect something of a different sort of value: the stories of the residents that were and the objects that they’ve left behind. 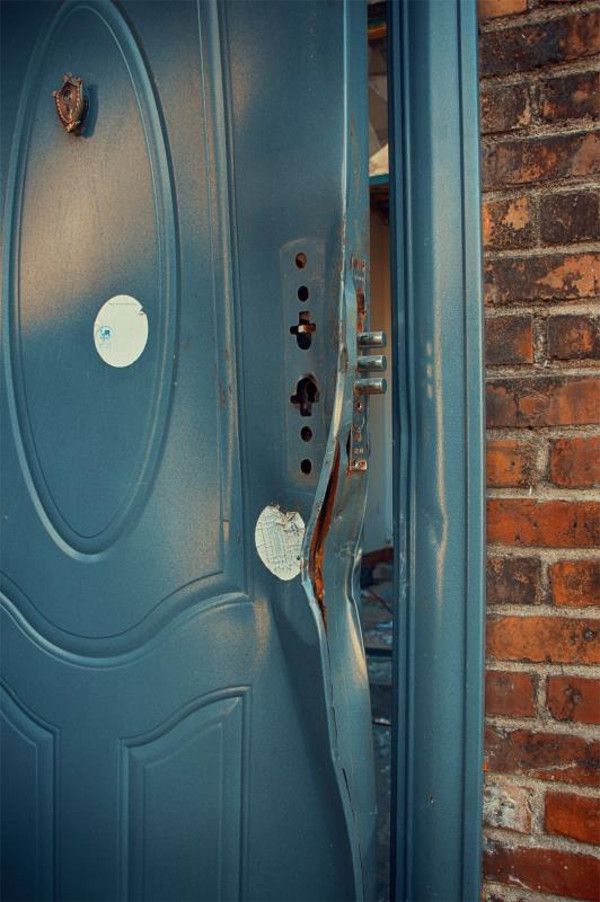 The story of this slum—as told to me by a representative of the office in charge of destroying it—is a happy one. It’s simple the way he describes it: Move the people out, knock the old neighborhood down, and in three years’ time, the residents return to new, government welfare homes. Many of the people I talk to, though, seem unclear about why they are leaving and what will become of their old homes. And as the locked doors—later pried open by bao’an—on these homes  destined for destruction can attest, even residents who choose to go can’t sever their attachment to their homes.

An 80-year-old woman in a fuchsia-colored jacket has already moved into the temporary housing provided for residents a few kilometers away, but still she comes back sometimes to walk through the ruins. She’s lived here her whole life, she says. She has to return. 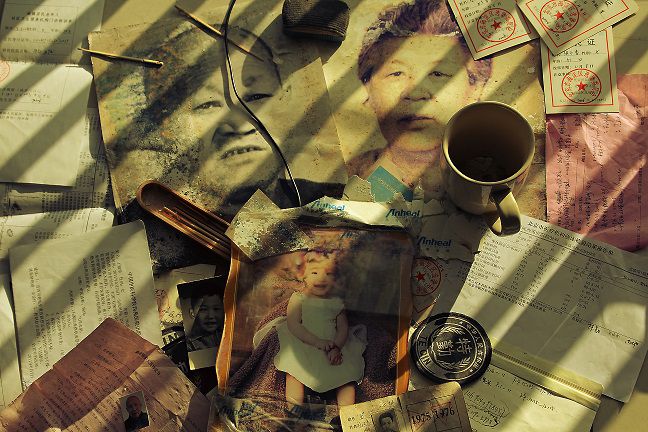 The medical records of an 89-year-old woman lies beneath the rubble of another old house. But it’s not only remnants of the elderly that reside in these vacated rooms. In one house, a high school freshman (“Class Three”) has the daily framework of their life, literally, still taped up on the wall: 5:30 a.m. – wake up and make the bed; 6:10-6:30 a.m. – eat and pack their schoolbags; 6:30-7:00 p.m. – memorize 20 words 10 times, check homework, run. Last July, they decided to start losing weight. In their respective bedrooms, I find little Zhao’s paper-cuttings, and little Shen’s drawing of a duck wielding an umbrella and pulling a fish in an orange wheelbarrow. 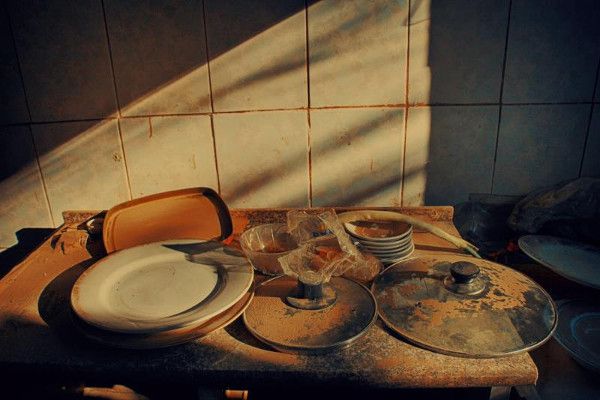 5:30 p.m. and 8 p.m. – our high school student would have finished school, hurried home, emptied their backpack, arranged notes, and done some homework. It’s finally time for dinner. Utensils and cooking item litter what’s left of this neighborhood. There is a bowl of food still left unfinished, and the contents of a toilet left un-flushed. In the showers, I can see the shampoo, soap, and toothpaste with which the residents washed for the last time before they headed off. 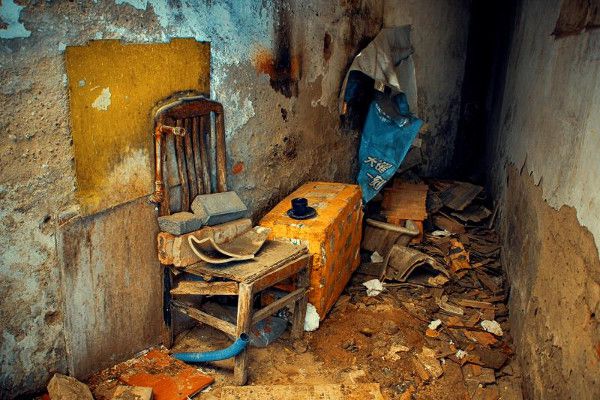 How these people left, and whether they will return, remains a mystery, pieced together by the official notices and the residents’ halting interpretations.

The explanations I’ve heard and the ruins I’ve walked through are a morass of contradictions. If residents were notified of their eviction in July, as officials claim, then why does everything seem to have been deserted in January in such haste? Voter registration tickets, family photos, a photocopy of a bank card were all abandoned among the electric wires and metal heaped with rubble. Even a teacup on a table looks as if it’s still waiting to be sipped from. 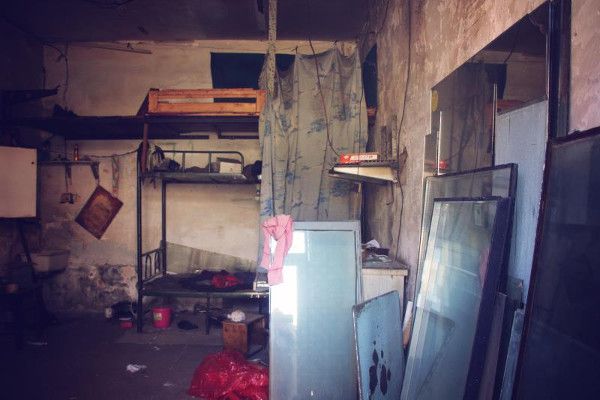 8:30 p.m. – our anonymous student would have been in bed. Where they are sleeping now is unclear—perhaps in Shangdi, where one resident said that she was moving that very day, or maybe in the military compound near the Agricultural University, toward which the fuschia-clad pensioner makes her way after a day’s worth of walking and reminiscing.

Whether this migrant memorabilia was forgotten or intentionally left behind is ambiguous. When the old woman returns, she is not there to retrieve any of her things. Instead she comes to collect the abstract: Memories of the district falling beneath the din of the bulldozer razing a building nearby. Through the piles of bricks, layers of dust, and cracks in the window panes, one can imagine what it would have been like to once live here.

Beneficent Temple is nestled next to a canal and beside a bridge. In the hills to south, there’s a view of the white walls and imperial yellow roofs of the Summer Palace, just a few minutes’ walk away. There are three characters that compose the Chinese word for slum, 棚户区 penghuqu: 棚 means shed, 户 means household, and 区 means district. The 户 and 区 I cannot deny, but in all of the hours I spent in two trips to Beneficent Temple, I didn’t find a single shack. I didn’t see a slum. I saw the skeleton of a suburb. In a Beijing village, a community of strivers clings to a doomed existence