On the latest front of Chinese AI research, giving machines the ability to understand human emotions has just been set as the goal for the next generation of natural human-machine research, Tsinghua University and Alibaba announced at a joint lab on April 3. Under the strategic cooperation, the two will work on emotional computation, physical interaction, multi-channel cognition and other related topics, aiming to equip machine with all five sense, and the ability to actively sense and understand human emotions, while give appropriate response. The news prompt tech blog PingWest to ask Chinese sci-fi master Liu Cixin a critical question: Is AI the new human?

“We have no idea what emotion is ourselves…Shakespeare wrote, ‘Tell me where is fancy bred…in the heart or in the head?’” responded the literary Liu. “On the other hand, there have been talks of emotion as being humanity’s last line of defense, but we don’t even know what it is, so how can you be sure that machine can’t have it?…Think of a data model that can analyze the emotional life of tens of billions of humans in one day—the emotion filtered through big data—it’s something humans would never be able to experience.” 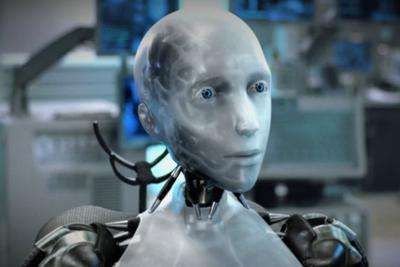 It seems I, Robot is not far too away—and that did not go well

Liu also believe there’s inherit prejudice against machine, the possibility of communicating emotionally may break such barrier. “The human civilization has never met a true ‘other,’ a being that’s self-aware, and is equal or superior in terms of intelligence. Even knowing the existence of the ‘other’ would generate unknown impact to our society and civilization.”

Ready Player One? In China, yes

Steven Spielberg’s new film Ready Player One has proved a big box-office win in China. After its release on March 30, this sci-fi adaptation took 64.3 million USD from its three-day opening weekend, beating the 2013 re-release of Jurassic Park in 3D to become Steven Spielberg’s highest-grossing film in China. It also achieved a bigger debut than North America, making China its biggest market so far. By the time of writing, this film has earned more than 523 million RMB here. The local feedback is also very positive. The film was rated 9.1 out of 10 on China’s biggest film-reviewing website Douban, a great result. On Sina Weibo, the tag “Ready Player One” has been viewed over 280 million times, and passionate audiences have left over 399,000 comments.

Ready Player One can be regarded a film that sets up a genre. Honestly, not to mention all kinds of hidden surprises inside, the fact that Spielberg put so many IP elements into one single movie is heart-shaking enough.

Rushed to see Ready Player One at night. The whole movie was showing without the copyright limitation, what can you see in a single film. It’s true that the real master can do whatever he wants.

News aggregate website Toutiao and live streaming site Kuaishou have came under criticism and punishment from the State Administration of Broadcast and TV on April 4 for spreading content “running against social morality” and other relative issues.

Long criticized for its coarse content from women eating bugs and light bulbs to obese children drinking and smoking, Kuaishou is arguably the most popular live-streaming app. A particular group of popular live-streamers—underaged pregnant teens and mothers as young as 14—has recently became a center of criticism for apparently damaging social morality.

Toutiao was recently exposed by CCTV economic channel for publishing false advertisements, especially in second and third-tier cities where laws and regulations are relatively lax. It was reported that Toutiao was fined over 940,000 RMB for malpractice by industry and commerce authorities.

The two sites have been ordered by the administration to screen and remove “harmful” content, and cease to allow new registration; shut down users uploading harmful content and investigate past cases; review all future content before they are released.

And finally… Fool me once…

And for real tech innovation, or a hellish vision of the future, be sure to check here.