The Chinese are “essentially the people of flowers” — or, at least, according to Sun Ke, co-author of A Brief History of Chinese Flower Arrangement. “The character 华 in 中华 [China] was used originally to describe plants and flowers being prosperous and flourishing, and in ancient Chinese, the character 花 (flower) and 华 were interchangeable,” he claimed at a recent demonstration of flower arranging.

Yet when it comes to modern flower arrangement, Japanese ikebana or kadō (華道, “way of flowers”) remains the byword. At a recent book launch and class held at The Commercial Press (CP), Sun discussed the forgotten history of flower arrangement in China and its Buddhist, Taoist, and literati influences. [Full disclosure: CP also publishes this magazine]

A native of Beijing, Sun learned flower arrangement from his mother and grandmother growing up in Nanluoguxiang, today’s popular hutong hangout for “artistic youths.” His given name, Ke, is taken from the famous Ke Yuan near his home, one of the best-preserved historical gardens in northern China, built by a Qing dynasty intellectual.

Later, Sun studied flower arrangement professionally, encountering various styles from Asian and Western countries. However, traditional Chinese flower-arragnement remained his calling. In the epilogue of his book, he wrote, “I was embarrassed and frustrated when I was teaching a Chinese flower arrangement course at a Confucius Institute in Rome, when my translator had to use all Japanese terminologies.” 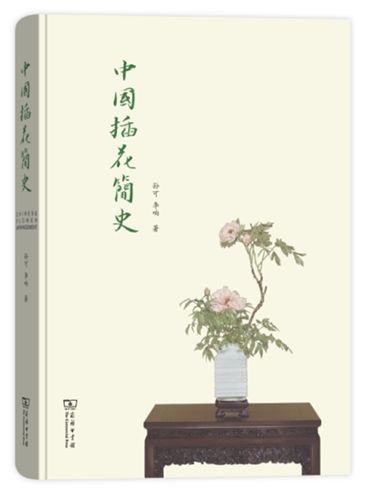 “A Brief History of Chinese Flower Arrangement,” by Su Ke and Lixiang

Sun’s book identifies the earliest depiction of flower arrangement in art in an Eastern Han dynasty (25 – 220) mural excavated in a tomb in Hebei province, depicting six red flowers in a ceramic bowl of water. In addition, when Buddhism came to China in the early Han dynasty, fresh lotus flowers and other flowers and plants were offered as tributes to the Buddha.

Appreciating and arranging flowers was also a favorite activity for ancient literati: Under Confucian views, even flowers had hierarchy and not all were suitable for flower arrangements. According to Sun, yellow peonies were regarded as the king of flowers, while pink peonies were the queen, with both symbolizing wealth and illustriousness. From high to low, ancient literati ranked flowers from orchids to plum flowers, jasmine, lotus, chrysanthemum, peach blossoms, begonia, rose, azalea, and morning glory.

In the Sui (581 – 618) and Tang (618 – 907) dynasties, and again in the Ming (1368 – 1644), elements of traditional Chinese flower arrangement were transmitted to Japan—the first time under heavy Buddhist influence, the second time with a literati influence. These later developed into the distinctive Japanese art of Ikebana. 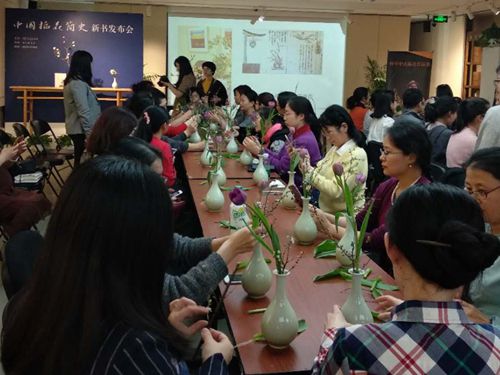 Participants are arranging flowers in the traditional Chinese style

“The first thing to do before you start is to main a good sitting posture with the vessel in front of you,” Sun said. “Try not to pay attention to the people around you; arranging flowers should be a private experience.” For those arranging for the first time, Sun assured them there’s no such thing as a bad arrangement. “Whatever it turned out to be, it’s a reflection of your inner world.”

Here are a few examples of Sun’s flower arrangements: 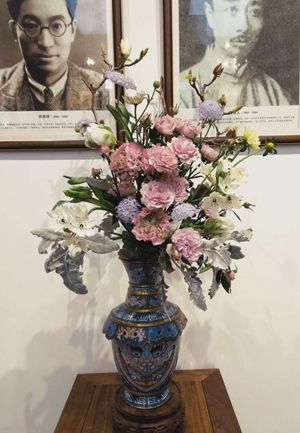 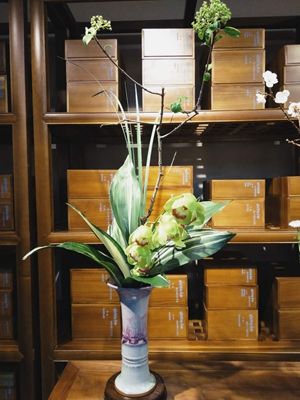 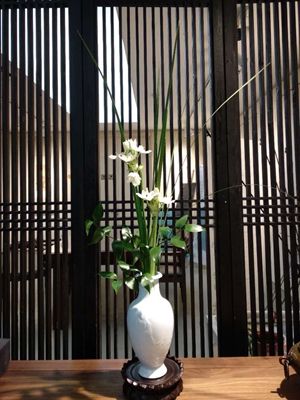 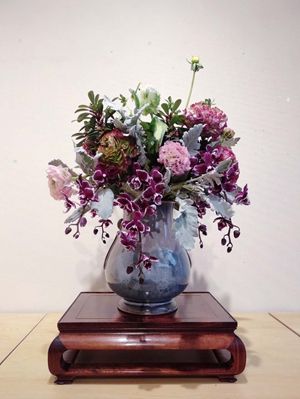 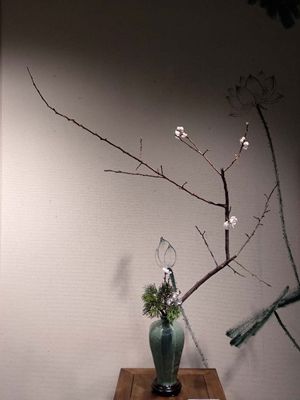 To learn more about various flowers in Chinese culture, check out “The Meaning of Flowers”