As Beijing moves forward with its urban gentrification campaign, waking up to the tremors of jackhammers, bulldozers, and excavators has become a morning ritual for residents on its suburban margins. In the last six months, thousands of unsightly stalls, hazardous industrial complexes, and illegal and semi-itinerant businesses have been cleared to made way for plans to create what officials deem a “global” city—less crowded, safer, more modern.

Beijing’s outskirts, however, are home to millions of menial workers. They are cooks and cleaners, couriers and factory workers, who all play an integral role in the economy, yet were driven from the city center by rising costs and regulations. In November, these clean-up campaigns escalated after a blaze in a Daxing district low-income housing block killed 19 residents.

As the red mark of 拆 (“demolition”) appears overnight on the structures where they eat, shop, sleep, and work, tenants and business owners know they’re living on borrowed time. When Spring Festival comes, many leave for home and will never come back. Yet wherever they can find four walls still standing, Beijing’s “phoenix” migrants have a living to make.

Posting wait staff in front of broken restaurant doors, displaying wares outside walled-up stores, shopkeepers go after their last few kuai in the final days of the old neighborhood. From the northwestern suburbs to the east Fifth Ring Road, empty sidewalks and abandoned homes by day give way to bustling street markets at night. Furniture-movers and scavengers alike roam the alleyways; destruction and demolition are juxtaposed with scenes from life.

As Beijing aspires to rise from the ashes a grander and more beautiful metropolis, its resilient migrants are trying to eke out their own rebirth in the rubble—with the bare minimum they are left with, as long as they can. Stickers were left on the wall of this child’s room in a suburb of northern Beijing, after residents were evicted in a matter of days

The neighborhood’s last holdouts are taking away what they can 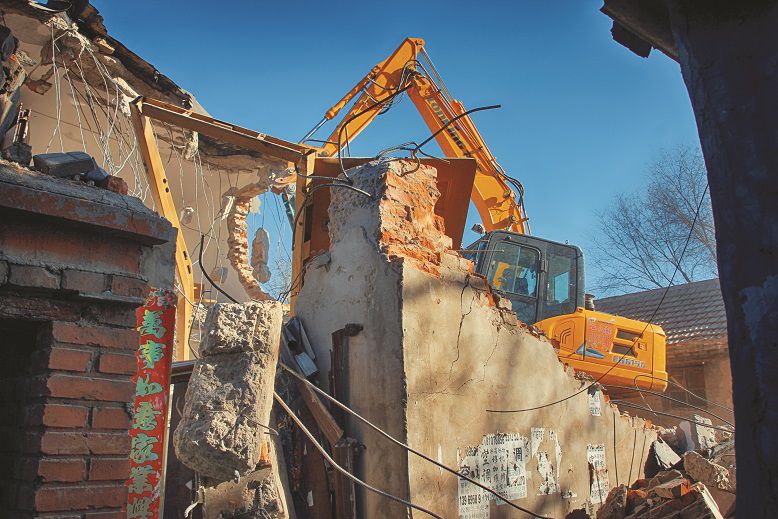 Just a few alleys away, the bulldozers had already arrived The character 拆, written on buildings condemned for demolition, marks the beginning of the end In an eastern suburb of Beijing, a customer checks out the last two pairs of shoes that a vendor is selling from her truck-bed before leaving the city Nearby, a restaurant under demolition brings its tables out onto the sidewalk, where customers will done under the stars as the night falls 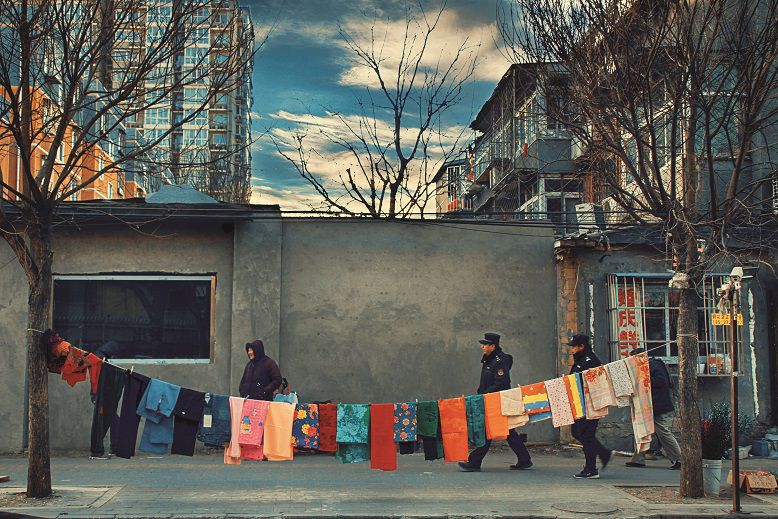 A vendor hangs garment for sales on a street that used to have several clothing stores, now all walled up; she pretends to be a regular passerby as security guards walk past A bike is still trapped in the alley as demolitions begin

End of Days is a story from our issue, “The Noughty Nineties.” To read the entire issue, become a subscriber and receive the full magazine. Alternatively, you can purchase the digital version from the App Store.