Drones have conquered the skies and—if the Chinese Academy of Science has any say about it—they will soon conquer the seas. Earlier this week, the South China Morning Post reported that the Chinese military is planning to develop a fleet of unmanned AI submarines, capable of completing missions completely on their own without human operators either on board or on the ground.

While some worry about Terminator-like scenarios, with the subs revolting against their human masters, other skeptics worry about accidental attacks which could instigate international conflicts. The researchers behind the project tried to curb these fears, telling the SCMP: “To attack or not to attack, the final decision will still be in the hands of commanders.”

After being blocked for almost a decade in China, Facebook finally saw some hopes to enter this huge potential market, but soon enough, it fell through once again.

Yesterday, a Chinese government database showed that Facebook had gained approval to open a subsidiary in Hangzhou, home to China’s internet giant Alibaba. Facebook said it would use the company to set up a local innovation hub. The subsidiary was financed with an investment of $30 million, according to the records.

But just one day later, the registration disappeared. An anonymous source “familiar with the matter,” told The New York Times that the approval has been withdrawn due to disagreement between officials in Zhejiang province and the Cyberspace Administration of China; the latter is angry for not having been consulted more closely.

At the time of writing, many references to this subsidiary have already been censored on Chinese social media. 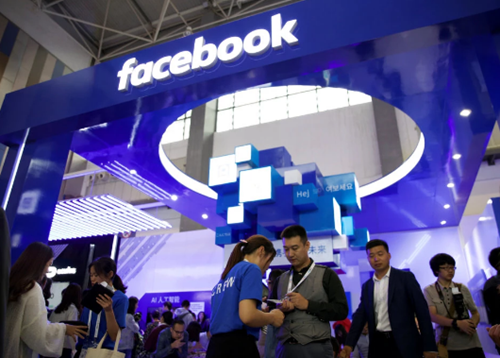 According to an Nature magazine, a handful of cities across China are adopting a new technique to monitor illegal drug use: testing the chemicals composition of sewage for traces of drugs.

Li Xiqing, an environmental chemist at Peking University working with police in these cities, told Nature that the city of Zhongshan, Guangdong province’s drug hotspot, is also monitoring waste water to evaluate the effectiveness of its drug-reduction programs. The technique helped Zhongshan police to track down and arrest a drug manufacturer. A number of cities will start to collect data from waste water to identify and set targets for police arrests of drug users as early as next year.

Although wastewater-based epidemiology has been adopted in many countries, such as Belgium, Netherlands, Spain, and Germany, the data collected have mainly used for epidemiological studies instead of law enforcement. Issues with privacy and data security, and questions about how the police should be allowed to use to data, still need to be addressed, making it unlikely that the method will be adopted outside of China. 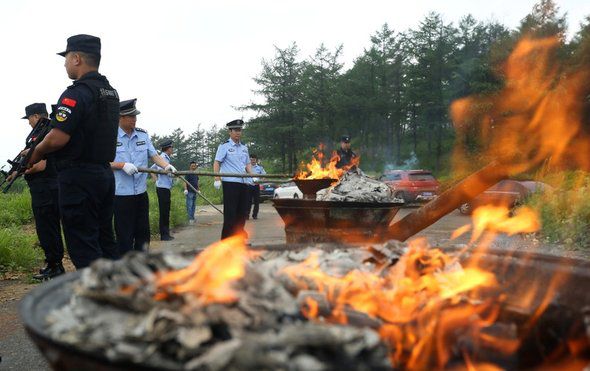 Tracking shots with Alipay (and Baidu)

Alipay has long pushed data to disrupt China’s beleaguered healthcare system, and the mobile payment giant lost no time after the newest drug safety scandal, when Jilin-based company Changchun Changsheng Bio-tech was revealed to have made substandard vaccines.

Announced on the company’s official Weibo on July 24, Alipay’s new “problem vaccine check” function is available under the Health section of the main mobile payment app, and on Taobao, Tmall, and Alihealth. To find out if they received a problem batch, users can scan the barcode on box of a vaccine or drug, or manually enter the name, batch number, and manufacturer.

On July 25, Baidu launched its version of the same tool, though it currently shows only the recall status of the vaccines that have deemed unsafe in the recent official investigations.

The People’s Court of Nansha district, Guangzhou, has made it easier to submit to WeChat and QQ chat records as court evidence. Electronic evidence has been allowed in civil suits in China since 2012, but the procedures for authenticating and notarizing the information are confusing.

In new regulations announced on July 18, the Nansha People’s Court will allow chat records as evidence as long as both parties’ records match and their identities can be authenticated (no word on how they’ll get around WeChat’s notorious lack of a real name policy). The policy also outlined four types of “chat” content that can be submitted, including not just text messages, but photos and videos, expressions and memes, and the comments and “likes” in one’s WeChat Moments.

I have to be careful what I say from now on

A lot of WeChat and QQ chats are jokes, what if they take them seriously?

What if someone steals your phone and posts something?

Ofo is stopping its operations in Spain, the seventh international market that the bike-sharing company has exited in under two months

Group-buying social media platform Pinduoduo will be making its US IPO today, with a market value of 28.8 billion USD