Photo Credit: A still from the TV series “Ruyi’s Royal Love in the Palace”

Web romance drama Ruyi’s Royal Love in the Palace (《如懿传》), sequel to 2011’s hit TV series Empresses in the Palace  (《甄嬛传》), has been played 400 million times on Tencent’s streaming platform since it first aired on August 27, but history buffs are up in arms about the caddish depiction of Emperor Qianlong of the Qing dynasty, actually one of the more “faithful” rulers in Chinese history.

The second-longest reigning emperor in Chinese history, Qianlong is usually depicted as a casanova in Chinese lishiju (历史剧, historical drama), particularly in the gongtingju (宫廷剧, palace drama) and gongtouju (宫斗剧, palace rivalry drama) TV genres. Aside from Ruyi, the recently ended Story of Yanxi Palace (《延禧攻略》) also featured Qianlong, his two empresses and army of concubines, while the iconic 1998 series My Fair Princess (《还珠格格》) told the fictional story of Qianlong’s illegitimate daughter from an affair.

It’s not exactly the show producers’ fault: Emperors throughout history usually had many empresses and concubines—if not quite as many as “three thousand,” as claimed in the 9th century epic poem Song of Everlasting Sorrow (长恨歌)—and both the regular and sexual politics of the imperial harem could be deadly. Renowned imperial concubine Huarui Furen (花蕊夫人, “Lady Flower Bud”)  wrote, “可怜红颜总薄命,最是无情帝王家 (Pity that beauties have short lives, married to the most heartless imperial families),” leading to the stereotype of emperors as serial philanderers and consort-abusers.

Several emperors in China’s long history, though, bucked the trend and remained faithful to one partner ’til death did them part, though this wasn’t always a good choice for the empire. Here are the four best known:

Emperor Xiaozong of the Ming

Zhu Youcheng, also known as Emperor Xiaozong or the Hongzhi Emperor of Ming dynasty (1368-1644), was an advocate of monogamy. He was the only Chinese emperor in history that only ever had one consort, though he was pressured by officials to have concubines (in this regard, he outperformed many modern Chinese men as well).

According to imperial tradition, the empress and concubines live in a separate section of the palace from the emperor. Xiaozong, though, lived with his wife Empress Zhang after their marriage. Historical records show they would get up, sleep, read books, draw, and discuss history and politics together.

However, the need for emperors to have multiple consorts seemed to be justified after Xiaozong’s death—as his officials had feared, the only living son and heir of Xiaozong and Empress Zhang was not a good emperor and accelerated the decline of the empire.

Emperor Xianzong of the Ming 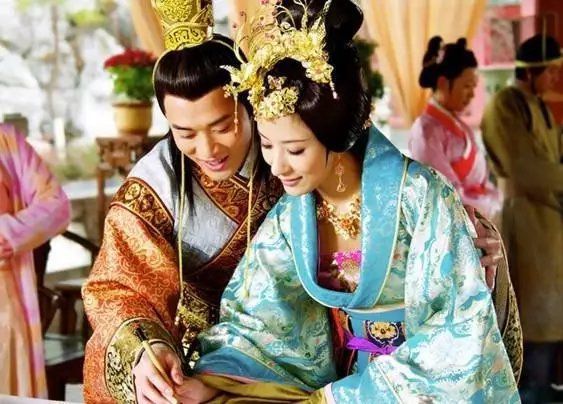 Emperor Xiaozong’s fidelity might have run in the family: his father, Emperor Xianzong (Zhu Jianshen), fell in love with an imperial maid named Wan Zhen’er in his teens and is believed to have died mainly out of grief over her death.

Wan, 17 years older than Xianzong, was a nanny to the future emperor since he was 2 years old. She was a considered a stable influence in the young prince’s life, as his father was captured by the Wala tribe and his uncle had taken the throne. When Xianzong succeeded to the throne in 1464, he wanted to make Wan his empress, but gave her title Guifei (贵妃, honored consort) due to the objection of his mother, the Empress Dowager Zhou.

Though the Empress Dowager selected a young and beautiful wife surnamed Wu for Xianzong, and many other concubines, the emperor loved only Wan, and deposed Empress Wu for beating Wan. Then he made a second attempt to nominate Wan as the empress and failed, but nevertheless, it was well-known that Wan was one of the most powerful women in the palace, only second to the empress dowager.

The childless Wan became notorious for cruelty, persecuting other pregnant concubines in order to keep her rank. However, Xianzong’s affection for Wan lasted until she died at the age of 58 in 1487. After Wan’s death, he quit holding court for seven days and passed away several months later. Liu Xiu, the founder of Eastern Han dynasty (25-220), was said to have fallen in love with his wife, Yin Lihua, at first sight. The descendant of a deposed royal lineage, Liu met Yin when he was still a civilian, and was said to have exclaimed that his dream was to “be a Zhijinwu (执金吾, an official in charge of the troupe that guard the palace) and marry a beauty like Yin Lihua.” Three months after Yin and Liu were married, Liu was sent to fight warlords in Luoyang by Emperor Gengshi, and they were separated for over two years, not meeting again until after Liu became the emperor.

During those two years, Liu made a political marriage with Guo Shengtong, whose family was more powerful than Yin’s. Out of political concern, Yin insisted that Liu make Guo the empress. However, in 41 CE, Liu demoted Guo and made Yin the empress, and in 43, he replaced Guo’s oldest son with Yin’s oldest son as the crown prince.

Emperor Shunzhi of the Qing 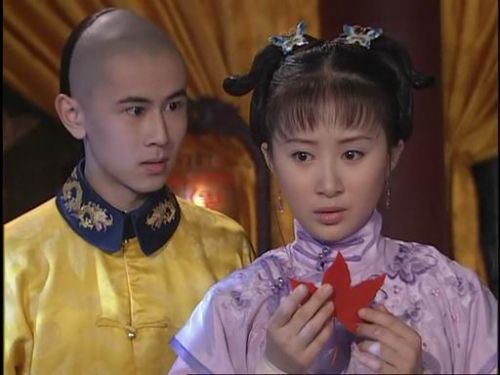 The love story of Shunzhi Emperor and Consort Dong’e (董鄂妃) is often depicted in TV dramas, but the story is tragically short. Entering the palace in 1656, Dong’e was honored as Xianfei (贤妃, “virtuous consort”), and promoted to a rank one step below the empress just one month later. Such a speedy promotion was rare in history. In December that year, Shunzhi ordered a grand ceremony for the promotion, which was a ritual generally reserved for an empress and granted to no other consort in Qing history.

A year later, when Dong’e gave birth to a son, Shunzi was joyful, and he held another grand ceremony to pay tribute to the Heaven and Earth. Sadly, the boy died three months later. Dong’e fell ill and died in 1660, and Shunzi’s death shortly followed in 1661, at age 24.