In January 1945, a secret message was passed along by members of a so-called “Dixie Mission” to the US diplomatic mission in Chongqing: Both Mao Zedong and Zhou Enlai wished to visit President Franklin Delano Roosevelt in Washington DC.

The proposed trip was unprecedented in more ways than one; it would have been Mao’s first journey outside China. However, this vital message sat idle on Ambassador Patrick Hurley’s desk, destined never to be seen by the State or War Department, much less the president.

Today, historians are still uncovering the nature of the cooperation between the US and Chinese Communists during World War II.

Following Japan’s invasion of northeast China in 1931, and the attack on Pearl Harbor in 1941, the two groups were thrown together into an unexpected alliance. While America’s official wartime policy was to support the Nationalists as the uncontested government of China, the US took a pragmatic approach, pressuring leader Chiang Kai-shek to work with Communists. However, in the early stages of the Cold War, these fragile alliances fell apart, and both the McCarthyite movement in the States and Maoist purges in China ensured that these narratives of cooperation remained mostly hidden from public and academic view for decades after.

These days, a new generation of scholars is investigating these World War II interactions, asking questions that remain relevant to today’s politics: What would have happened if Mao had come to Washington? And how would the Cold War have been different if China had “leaned to the side” of the US, instead of the USSR?

By the time the US entered the war after the bombing of the Pacific fleet in Hawaii, China had been fighting for over nine years, following the Japanese conquest of the northeastern provinces in 1931 and its creation of the puppet state of “Manchuko,” ruled by former Qing emperor Puyi. The occupation called for an extraordinary response: Chiang and Mao went from mortal enemies to allies with a common cause under the so-called “Second United Front.” Chiang made his military base in the southwestern city of Chongqing, while Mao retained a Communist stronghold in Yan’an, in northwest Shaanxi province. 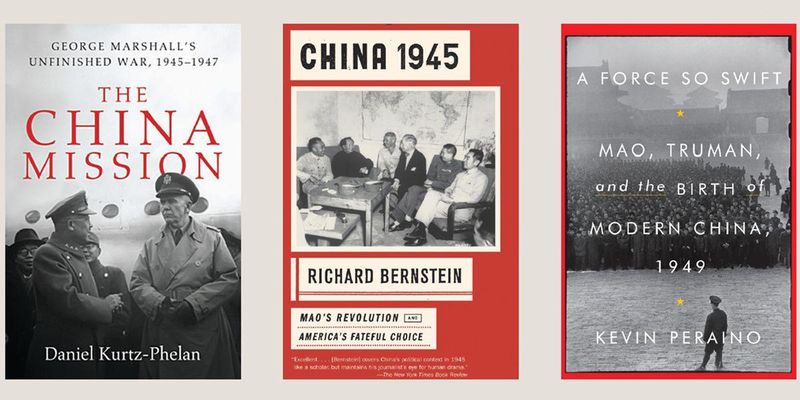 Yan’an was already well-known to many in America. In 1937, Edgar Snow’s book Red Star over China had trumpeted the narrative of the Chinese Communist Party living in its romanticized guerrilla outpost. An arid, treeless valley, dotted with caves (allowing Communist cadres to escape Japanese bombing), Yan’an had been the party’s spiritual home since being immortalized as the destination of the Long March.

Snow’s book, in which he interviewed top-level officials, as well as entry-level recruits, portrayed the Communists as rough-round-the-edges dreamers who enjoyed grassroots support from a frustrated peasantry. In the minds of several in the American leadership, the Communists’ popularity among the locals was attested by the daring rescues of 60 downed American fighter pilots. Going behind enemy lines, Communist soldiers and their local supporters suffered over 600 casualties in their missions to find, rescue, and hide these servicemen.

Unlike the Communists in Yan’an, Chiang’s Nationalists were not able to cultivate such positive public opinions among the foreign press and military stationed in Chongqing. Nationalist officers were widely perceived as corrupt, and Chiang himself an egomaniacal autocrat. US army officers suspected that their Nationalist allies were less interested in actively fighting the Japanese than gaining expertise and aid from the US military. Their ultimate goal was biding their time for the “inevitable” resumption of civil war against the Communists following Japanese defeat. (Indeed, Mao’s generals were likewise preoccupied with strategies on how to beat the Nationalists.)

This was the backdrop for one of the least-expected and little-known expeditions of the war—the Dixie Mission. The name hearkened to the “slave states” south of the Mason-Dixon Line, as one of the Mission’s founders claimed similarities between the South’s revolt during the American Civil War, and the Communists’ rebellion. The mission that arrived in Yan’an in July 1944 was certainly imbued with a sense of subversion among its officers and diplomats, which included China Hands such as Colonel David Barrett, John Service, and Raymond Ludden.

Indeed, never before or after has there been such comprehensive cooperation between the Communist and US militaries: While the American mission was prohibited from providing arms, there was no barrier on the exchange of ideas and strategies. The mission also produced some of the more remarkable photographs of the era: the US Ambassador to China at a rough wooden table, smiling beside Mao and Zhou; a group of American officers lugging rocks alongside their Chinese counterparts; and American diplomats wearing dark Mao suits.

Most of all, the Dixie Mission was a fact-finding expedition. The Americans wanted to ensure there would not be a divided China following the defeat of the Axis Powers, and believed that the best way to broker peace was by working directly with the Communists. Richard Bernstein’s China 1945: Mao’s Revolution and America’s Fateful Choice delves into the events, and provides a comprehensive look at why this cooperation fell apart so quickly—even though the Communists agreed to a post-war agreement with the Nationalists, brokered by the ambassador.

When the Americans presented this power-sharing agreement in Chongqing, Chiang quickly shot it down; the US ambassador was deeply embarrassed, and the fateful Roosevelt letter was stuck in a drawer. One of the most significant results of this breakdown was that the Chinese Communists began to view the Soviet Union as a more suitable post-war partner. 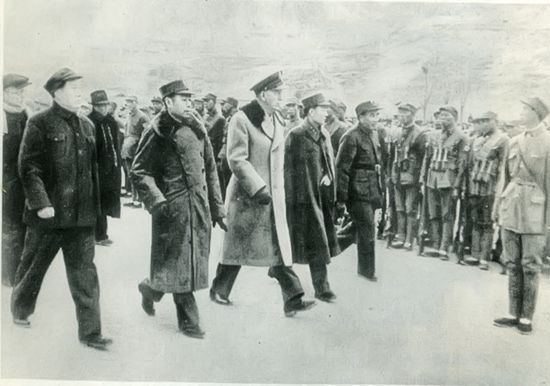 As the war reached its conclusion, it became clear that several Dixie Mission participants had been affected by the isolation of Yan’an, lacking a clear understanding of the breakneck speed of international politics and the looming Cold War. Bernstein describes them as dedicated and capable individuals, but ultimately naïve and easily manipulated. By 1945, as it became apparent that the US was not planning on launching an invasion of Japan from China, State Department official John Service almost wistfully stated, “If Americans land in or enter Communist territory, they will find an army and people thoroughly organized and eager to fight the enemy.”

In the midst of Cold War tensions over the next decade, many veterans of the mission found themselves fired or dismissed from public service for their supposed Communist sympathies. But by the 1960s, the key question among Beltway foreign policy circles was “Who lost China?”

Some blamed General George Marshall, who had led the Allies to victory in the European theater and later became Secretary of State, lending his name to the renowned Marshall Plan to rebuild Western Europe. As Daniel Kurtz-Phelan details in The China Mission: George Marshall’s Unfinished War, 1945-1947, Marshall was tasked by President Harry Truman to preserve the peace in China. At first, Marshall’s engagement was considered a success: He negotiated a ceasefire between the Communists and the Nationalists.

As the Cold War intensified, however, it became increasingly difficult for the former general to work both sides, leading him to urge for the US to disengage from the conflict altogether. Was this Marshall’s greatest failure? Kurtz-Phelan argues that Marshall’s China experience greatly influenced his policy in Europe. Consequently, Marshall avoided further suggestions of power sharing agreements with any Communist government.

A largely forgotten part of America’s wartime narrative, China’s role is only recently being reevaluated, in works such as Sam Kleiner’s The Flying Tigers: The Untold Story of the American Pilots Who Waged a Secret War Against Japan, and Kevin Peraino’s A Force So Swift: Mao, Truman, and the Birth of Modern China, 1949. With the US-China trade war heating up on both sides of the Pacific, the Dixie Mission is an important reminder of when the US and Communist China were allies, not enemies—and how fragile this bilateral relationship was historically prone to be.

Whistling ‘Dixie’ is a story from our issue, “The Masculinity Issue.” To read the entire issue, become a subscriber and receive the full magazine. Alternatively, you can purchase the digital version from the App Store.