In October, 2018, the latest edition of Oxford English Dictionary welcomed the phrase “add oil” to the annals of authoritative English expressions. Recognized as a Hong Kong English phrase, literally translated from the Chinese jiayou (加油, “go for it”), the phrase’s inclusion caused Chinese citizens to marvel at the growing influence of “Chinglish” in the Anglosphere.

Not all literal translations are so successful, though—and one sub-genre, the “back-translation” (回译), often begets bemusement. Typically the work of careless English-to-Chinese translators, who didn’t realize a certain name or term was originally Chinese translated into English (usually because it’s a Cantonese term, or romanized with the Wade-Giles system), erroneous back-translations have created various memes and running gags over the years.

Last June, a new university landed on gaokao students’ wish-lists, complete with a Weibo account, a wise-sounding motto (“What’s past is prologue”), and a whimsical emblem: 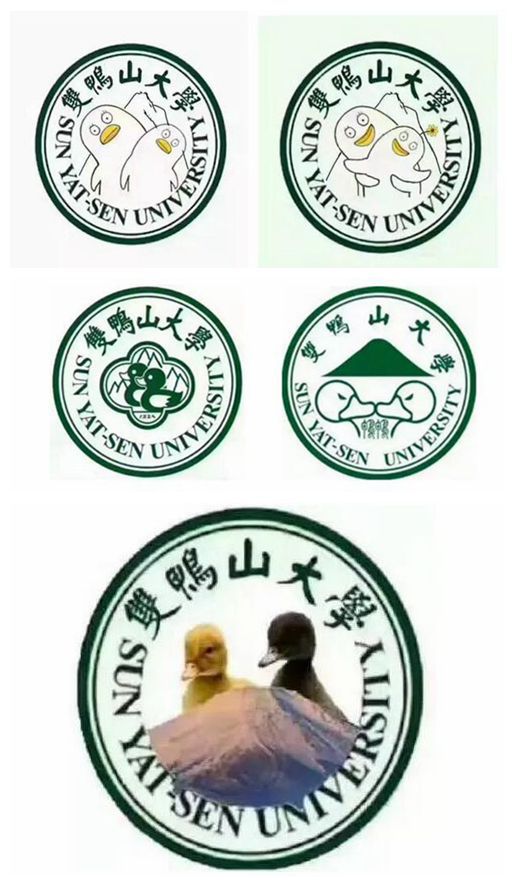 The origin of this meme was a photo forwarded by the official Weibo of Guangzhou’s Sun Yat-sen University (中山大学). The photo showed a line from a book in which an author alleged his professor parents taught at a school called Mount Double Duck (双鸭山 Shuāngyāshān) University, a particularly humorous back-translation of the university named after former Republic of China president, Sun Yat-sen (孙中山 Sūn Zhōngshān). “[You] may have gone to a fake university,” tutted the (real) Sun Yat-sen University on Weibo, and even Yao Youyi, the designer of the real university’s emblem, joined netizens in parodying its logo. 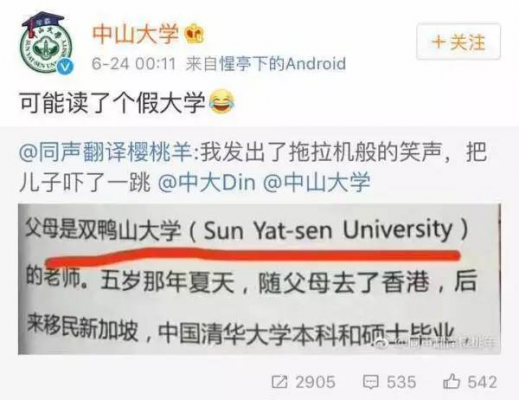 The photo that started it all (Sohu) 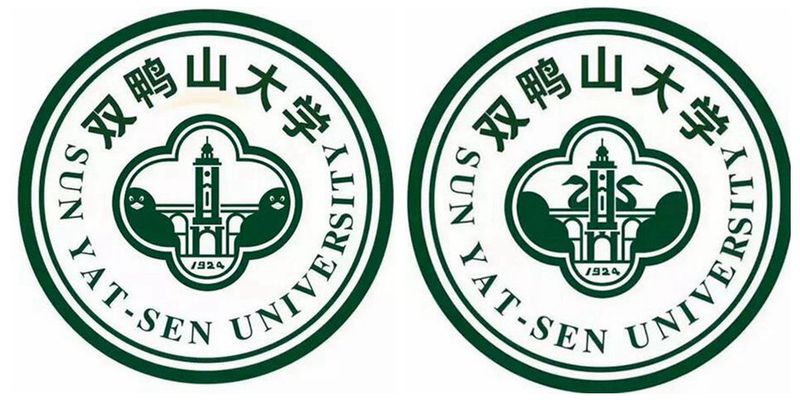 Emblem ideas for the avian university, both by Yao Youyi (Weibo)

Ever feel that Confucius (孔子, Kongzi) and Mencius (孟子, Mengzi) don’t really sound like names belonging to ancient Chinese sages? Scholars Hu Zongze and Zhao Litao agreed. In their 1998 translation of Anthony Giddens’ The Nation-State and Violence, they transliterated Mencius into the Western-sounding 门修斯 (Mén Xiūsī). Since then, menxiusi has become a synonym for a wrongly translated name (actually, the philosophers’ English names come from old-style latinizations by Jesuit missionaries in the 17th century).

Perhaps the oldest back-translation of all: In a 2006 article, Wang Cunzhong, then deputy director of the China Meteorological Press, argued that the Mandarin word 台风 (táifēng) was actually back-translated from the English “typhoon” sometime during the Ming or Qing dynasties. The English word, in turn, may have been a transliteration of toi fong (大风), which means “big wind” in Cantonese.

Chiang’s rival Mao Zedong actually beat him to the menxiusi hall of fame: In a 2006 article, assistant professor Lu Xinghua of Tongji University, translated a passage in Carl Schmitt’s Political Theology, in which the German political theorist quoted a line from Chairman Mao’s poem “Niannujiao-Kunlun” (《念奴娇-昆仑》). Apparently mistaking the second part of the title for the poet’s name, Lu wrote that “Schmitt quoted the Chinese poet Kun Lun’s lines to express longing for real political struggle and peace in such conditions of global revolution and war.” He then added the footnote, “The translation is the author’s own; I was unable to locate the original poem by Kun Lun.”