According to the famous Bengali proverb, “If you care about one another, then nine of you can tuck yourselves in one tamarind leaf.” Sharing is the kindest policy when resources are scarce—something that the world’s most populous nation knows all too well.

For those who have been stuck in rush-hour traffic, or squeezed through the veins of Chinese metropolises by subway, it may spark envy to see another commute option zooming by on the bicycle paths. In the former Bicycle Kingdom, the humble two- and three-wheelers have by no means disappeared, though their place in the “big three” marriage items—not to mention dominance on the road—have long been ceded to the brand new BMW.

Instead, bikes have evolved; become electrified; and adapted into makeshift family “micro-vans” or delivery vehicles providing lifelines of sustenance to a plethora of office workers. Seniors picking up their grandchildren from school, or keen not to miss a sale at the local market, add DIY seats to the back of their bike. It’s the original “bike share” economy—and safer than the past option of wedging the grandchildren and groceries between their knees and handlebar. In the morning, roads to Beijing are still full with pedaling peddlers bringing everything under the sun—from grapes to goldfish—into the city on tricycle beds.

Delivery workers, of course, are the masters of the bike commute, their scooters beeping importantly as documents, consumer products, and food are swerved through traffic.

“We can fix up a bike seat for a passenger of any height; it’s easy,” promises Mr. Cai, a roadside bike repairman. No one knows who exactly invented these patent-less innovations, but in China’s fiercely competitive first-tier cities, commuters will do anything to put their best wheel forward.

As Cai assures, “They don’t really enforce the laws about what you can and can’t do to bikes.” An ordinary tricycle, originally found transporting goods in rural areas, is converted into a mobile pet shop in the city 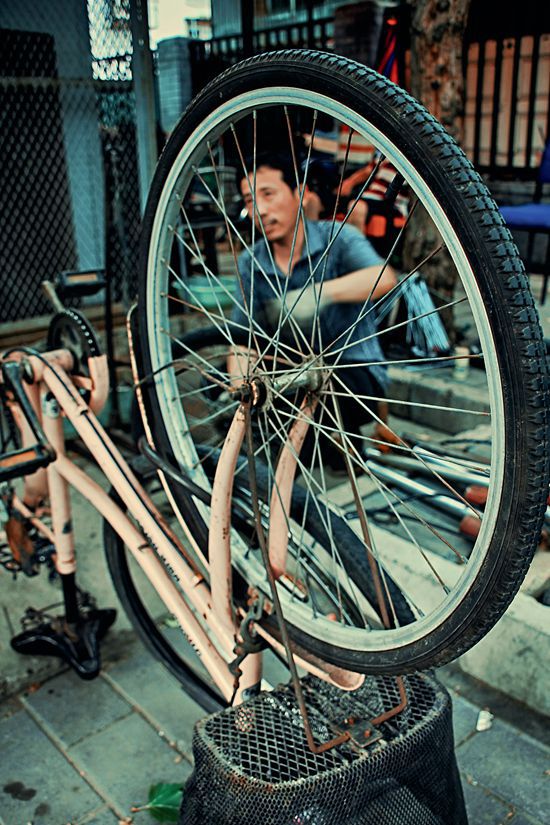 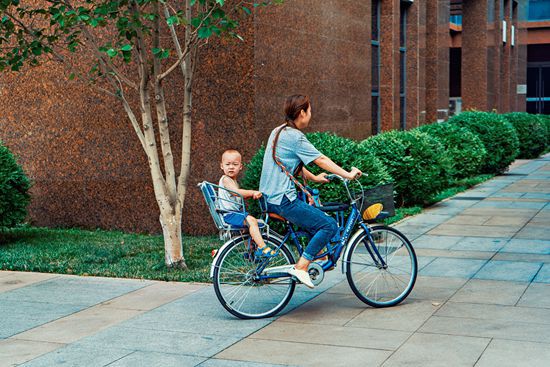 By law, only children under 12 can be transported in extra bike seats by adults in Beijing 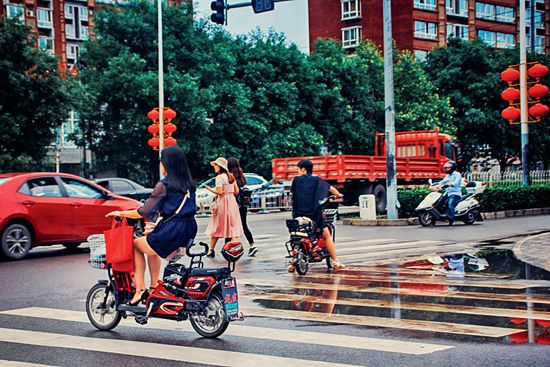 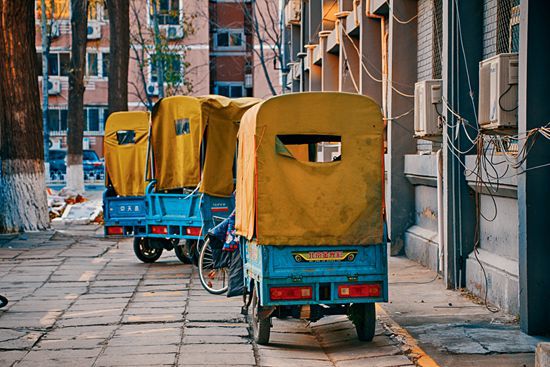 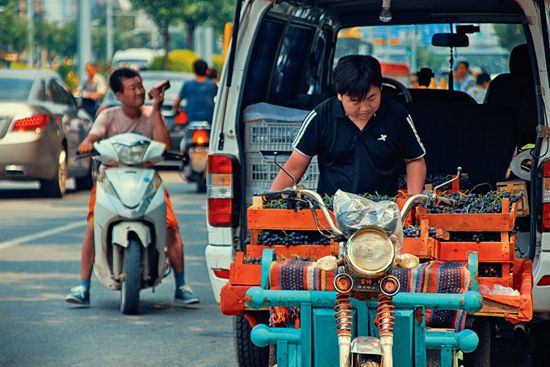 On the other hand, a merchant can transport and display his fruits at the same time on an open tricycle 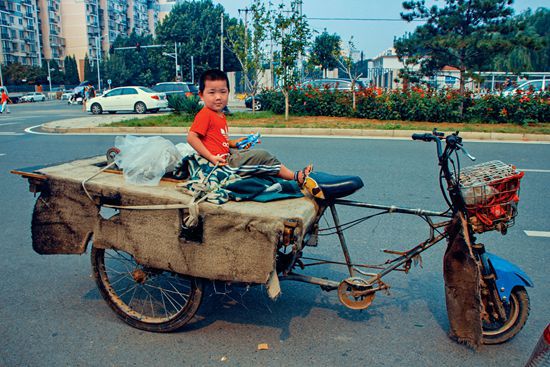 Pedal Power is a story from our issue, “The Masculinity Issue.” To read the entire issue, become a subscriber and receive the full magazine. Alternatively, you can purchase the digital version from the App Store.

G. B. G'son is a contributing writer at The World of Chinese.