Viral Week is our weekly round-up of the weekend’s trending memes, tracking the rumors, humor, and gossip that Chinese netizens are chatting about. It’s best enjoyed after marathon season, which seems to be November in China.

The weekend was dominated by outrage over Dolce & Gabbana, mandatory bravery on public transport, students bringing back the bacon, and a meth-smoking monk. But first…

Across the Straits, the local nine-in-one elections turned out worse for the ruling “green” Democratic Progressive Party (民進黨 mínjìndǎng) than most observers expected, with major municipalities flipping “blue” to the Kuomintang (國民黨 guómíndǎng)—a party that, only a year ago, was considered practically dead in the water. The mid-term elections are mainly fought on local issues, with this one being considered a referendum on the DPP’s domestic leadership and ongoing economic issues.

Speaking of referendums, voters also overwhelmingly rejected the legalization of gay marriage, which formed part of five separate referendums on the subject—a setback which has dented Taiwan’s progressive reputation among LGBT advocates, and been called “a bitter blow” by Amnesty. (Pro-tip: referendums are rarely a good idea)

Of monks and meth

Meanwhile, “rising star” Master Kai Hung, 29, was arrested and expelled from the Chinese Young Buddhist Association (where he was general secretary), amid allegations by Taiwan’s Mirror Media that the youth leader was abusing his position to seduce fellow monks with drugs. During a raid at Chongfo Temple, police found quantities of the drug, along with pipes, and drug-and-sex paraphernalia, including 200 GB of pornography, with footage of Kai babbling and smoking during meth-addled romps, the substance seemingly popular among young monks in Southeast Asia.

Kai was a popular figure with many followers, but also, he claims, several enemies: the embarrassing footage was allegedly leaked by an ex-lover, and Kai claims a property dispute prompted a “smear campaign” by temple authorities. The news follows confirmed reports of sexual abuse by a senior abbot at Beijing’s Longquan Temple last month.

After a recent tragedy, when an unruly passenger caused a bus to collide with an oncoming vehicle and plunge off a bridge in Chongqing, demands for safety measures have increased. But so, too, have incidents: On November 21 in Jiande, Zhejiang, one elderly woman tried to grab the steering wheel in a dispute with the driver (who, luckily, was able to pull over safely).

Now Qingdao has decided enough is enough: On November 22, buses in the city put up signs reserving a place to the right of the driver for “bodyguard seating.” As with exit-row seats on planes, riders who choose these seats have an obligation to intervene, should they see the driver getting harassed.

The new policy is supposed to counteract bystander effect: Onlookers are more likely to offer help if treated as individuals, rather than a crowd. However, other issues remain—such as China’s sketchy legal protections for Good Samaritans, and the question of who is responsible for injuries that volunteer “bodyguards” sustain (or inflict) in the line of duty.

It seems that talk shows around the world have not learned their lesson from Sweden’s satirical mishap in September. An episode of Italian comedy show Fratelli di Crozza is now in Chinese netizens’ crosshairs, after airing a segment that fanned controversy around fashion house Dolce & Gabbana’s now-notorious Chinese ad.  The show reenacted Domenico Dolce and Stefano Gabbana’s lukewarm apology, making fun of the pair’s lack of real regret. However, the clip went on to repeat the same stereotypes—eating dogs, spitting, producing cheap knockoffs—that landed the Swedes in the soup. 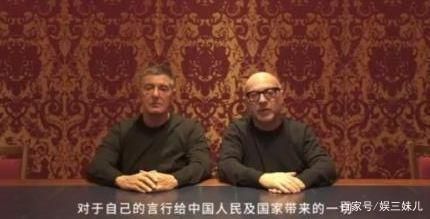 In the original apology, the brand’s founders expressed regret for actions (Baijiahao) 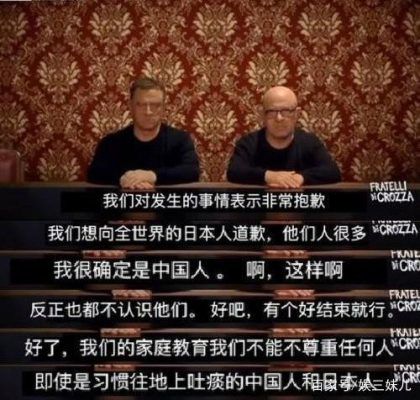 The reenactment has them confusing the Chinese with the Japanese (Baijiahao)

One Weibo user commented, “the D&G incident [of last week] was only due to cultural differences…[but] this TV show in Italy is really insulting and completely malicious!” Fallout from the D&G firestorm has included the cancellation of the brand’s fashion show in Shanghai, with e-commerce sites boycotting D&G products.

A middle school in Quanzhou, Fujian, has rewarded its top five students in each grade for a mid-term well taken with 2.5 kilos of pig feet (a few other high-achievers took home 1.5 kilos).

As headmaster Huang Quanshui explained to the Paper, “Notebooks and stationery seemed unpopular, so we’ve been thinking up [other] ways to reward excellent students.” They settled on trotters, also known as 膀, a homonym for jinbang timing (金榜题名, successful candidates in imperial exams).

Students and parents were supposedly “surprised and happy” with the gift, and Huang has told Quanzhou Evening News that the school now plans to present final exam high-scorers with fresh fish, symbolizing “a fish leaping over the dragon gate” (鱼跃龙门), another Chinese term for success.

Distance runners need an iron will to push their body past its limits. But some need to know when to quit, too. During a marathon in Shaoxing, Zhejiang, yesterday, a medic was forced to restrain a runner who insisted on continuing after fainting—twice. Footage of the medic chasing the runner, bear-hugging him for his own safety, duly did the rounds:

Cover image of the Fratelli di Crozza episode from Dplay