Message in a Bottle

Message in a Bottle

WeChat’s “Drift Bottle” feature is supposed to act like a digital message in a bottle—throw it into the vast sea of people, and hope someone will read and reply. Seems like frivolous fun, but on November 30, Tencent announced (below) that they were suspending the feature, due to accusations that it was being used to spread pornography. Originally created for Tencent’s QQ Mail (where the feature has also been suspended) in September 2010, Drift Bottle became one of WeChat’s first friend-finding tools, alongside “Shake” and “People Nearby,” when the messaging app launched in 2011. Users that picked up a bottle could start a conversation with its sender, or throw it back for others to pick up.

The feature had certain rules, such as a limit on the number of times users can find a bottle, a minimum number of characters per message (or minimum duration, for voice messages) in a bottle, and an option to upload a separate profile picture for use within the feature. 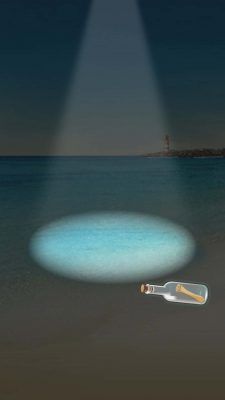 The bottle’s popularity or efficacy was hard to gauge. However, I threw a bottle back in 2012, with the content being the first line from Maroon 5’s “Payphone”: “I’m at a payphone trying to call home.” To my surprise, the bottle that I threw from Beijing got a reply: “Why don’t you use your mobile phone?” The response was sent by a girl from Wenzhou. We started to talk, added each other’s WeChat profiles, and a few months later, started dating long-distance. To keep things short—it didn’t last long. If you would like to try your own luck with Drift Bottle, though, you might have missed your chance. For now, any further missives are going to be lost in a sea of nothingness, while looking for a bottle will only get you a screen with a lonely starfish, which means that no bottle was found. In their announcement regarding the feature’s suspension, Tencent blamed rogue spammers and prankster for misusing the function, writing that, “After complaints from users and media reports, we found that there are still users who use the functions of Drift Bottle to post pornographic content or pornographic ads.”

With the government’s ongoing anti-porn campaign now going full-steam, many accounts on social platforms such as WeChat, Weibo, Baidu, and Jinri Toutiao have been shut down. Now, WeChat has lost the bottle.