The Bohe Fishing Harbor wakes before the sun. Each morning, fishermen wearing powerful headlamps arrive under the spell of darkness to uncover their boats, ready the nets, and light incense to bless the voyage ahead. 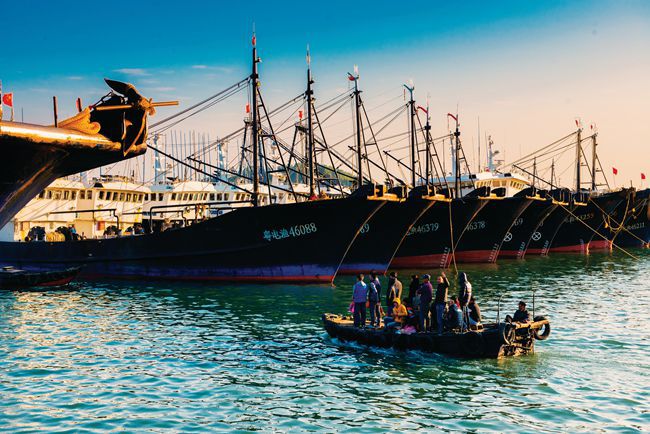 Each September-May fishing season, Guangdong’s biggest fishing port produces 100,000 tons of fresh catch, from shrimp to perch to a significant portion of the world’s tilapia. Over 1,400 fishing boats call the deep-water harbor home, with the biggest departing each week for four or five-day journeys up the coast or down to the South China Sea. Meanwhile, small family-owned dinghies putter around the closer waters as they have for thousands of years, carrying offerings to the sea goddess on the makeshift altars on their prows. 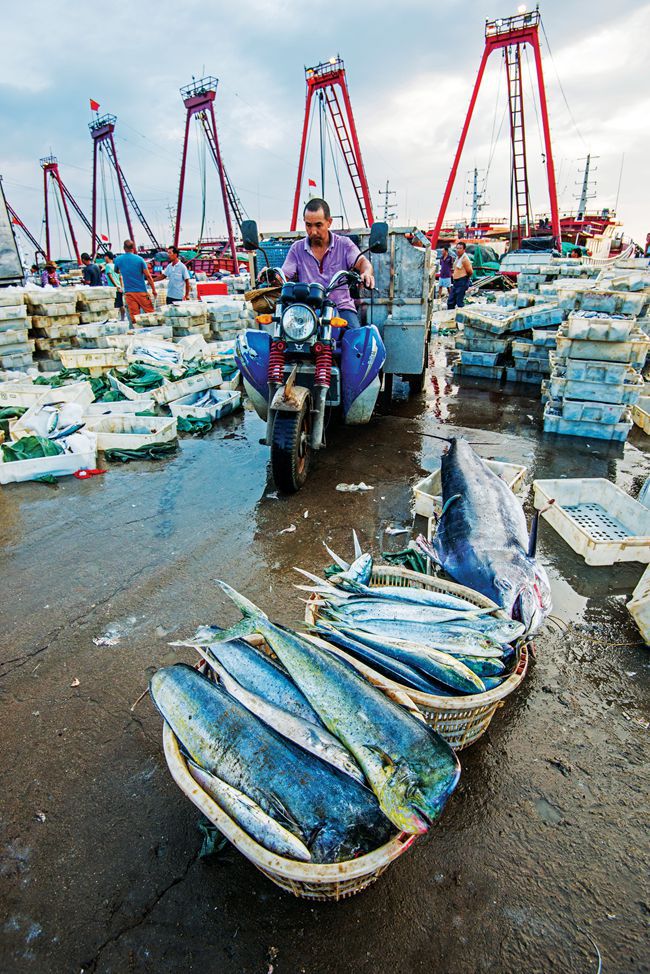 Bohe used to be a major shipbuilding center and port of departure for Maritime Silk Road treasures bound for Southeast Asia. Today, when the ships come in, it’s crates of edible treasures which are unloaded, sorted, and sold on site, packed onto waiting ice trucks for processing centers and seafood markets around the region, if not sold to a passing tourist. Fishermen (and women) and buyers, clad in galoshes and straw hats, expertly weave through the teeming and slippery dock, sizing up the value of the day’s catch by sight. 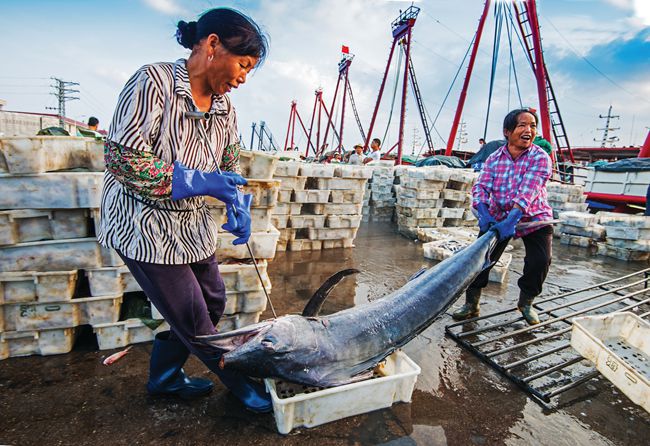 Over half of the 63,000 residents in the town of Bohe make their living from fishing

The government is now expanding Bohe’s seafood processing and cultural facilities in effort to revitalize its Silk Road history. Strict no-catch seasons are also being enforced, in order to combat overfishing along China’s coasts. As younger generations seek less dangerous and better paid occupations, the culture here faces an uncertain future, but locals remain proud of their way of life. As a regional sea shanty boasts, “Officials must know how to read words/ Fishermen must know how to read tides.” 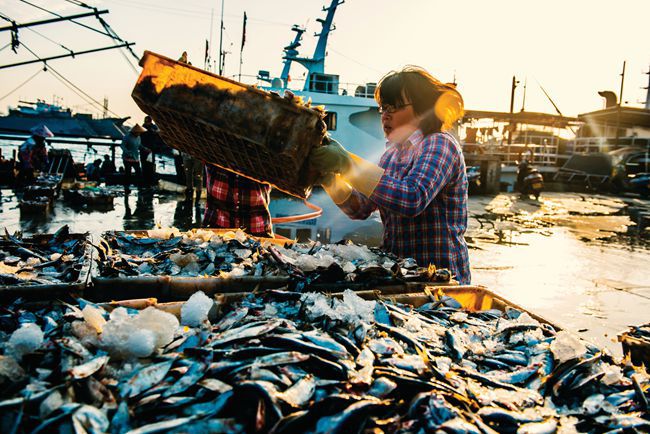 Fishing is still largely a family business, with each generation going out to sea as young as 14 or 15

Food for Port is a story from our issue, “China Chic.” To read the entire issue, become a subscriber and receive the full magazine. Alternatively, you can purchase the digital version from the App Store.