Joan Hinton sat atop a pile of coal; it was 1952, and a warm breeze whipped across her face as the train sped through Shaanxi province. Despite the obvious danger, Hinton was intent on giving birth at one of Beijing’s modern hospitals, after seeing women die in childbirth at her adopted home on the border of Inner Mongolia.

She had already undergone strenuous travels just to get this far, trekking via donkey cart and commodity truck. Her unborn son, Yang Heping, also known as Dr. Fred Engst, would go on to have an even more unusual childhood as one of the first Chinese-born Americans of the PRC.

Yang was born into notoriety. The search for a peaceful and bucolic life had led Hinton to China in 1946, where she married her childhood friend, Erwin “Sid” Engst, a dairy farming expert who had previously emigrated to the Communist headquarters in Yan’an after reading Edgar Snow’s Red Star over China.

Hinton’s first stop in Beijing, before the maternity ward, was the Asia and Pacific Peace Conference, to give an address about the life she’d left behind as one of the few female scientists working on the Manhattan Project. “I feel a deep sense of guilt and shame at the part I played in this crime against humanity,” she said about her role in building the atomic bombs dropped on Hiroshima and Nagasaki. 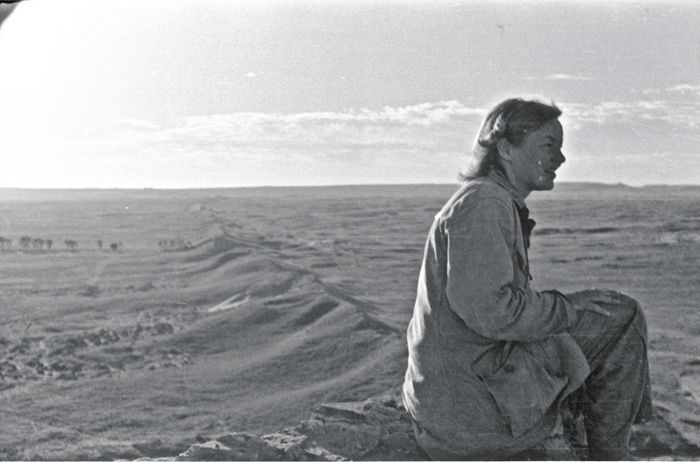 As innocuous as it sounds, this speech catapulted Hinton to infamy in the United States. In a bout of Cold War hysteria, the media dubbed her “the atom spy who got away.” While Hinton denied the accusations, she did not try to set the record straight, preferring to focus on her family. At the suggestion of PRC honorary president Soong Ching-ling, Engst and Hinton named their firstborn Heping (和平)—“Peace.”

Yang grew up in relative ignorance about the importance of his Chinese name. Hinton didn’t talk about her past, instead dedicating herself to a dairy farm outside of Xi’an. Agrarian life was arduous—often requiring Hinton to build basic agricultural machinery from wartime scrap and salvage—but familiar; as with experimental physics, everything had to be made from scratch.

Famine and political turmoil also touched their pastoral life. “I was always a bit hungry,” Yang remembers. Even so, he felt luckier than others, as the cows that his parents raised provided them with nutrition-rich milk.

Resisting their parents’ attempts to impose English indoors, Yang and his two younger siblings grew up speaking only Chinese. “I couldn’t imagine a future where I would need to speak English,” the economist now recalls. “I was growing up on a farm outside of Xi’an!” 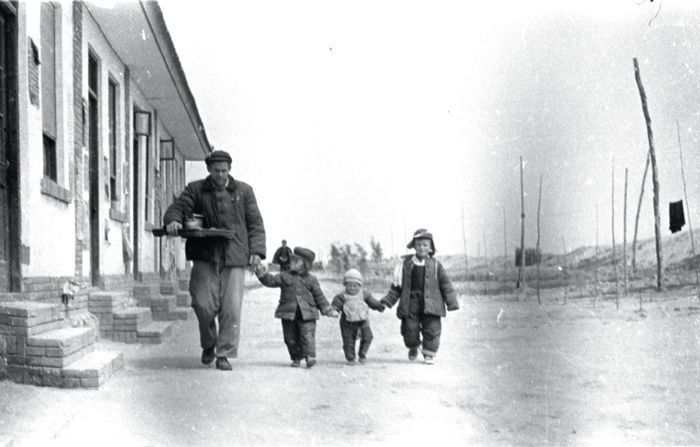 This only became problematic when his grandmother visited the family from Vermont in 1962. “It was a miserable experience for the both of us—we couldn’t communicate at all.” Yang’s father had also forced him to help install indoor plumbing for her, and keeping it filled with water became one of his arduous daily tasks.

When Yang was 14, the family was forced to give up the farm for translation work, relocating to Beijing. Fired up by the Cultural Revolution, Hinton and Sid Engst protested their improved conditions, and exemption from physical labor and struggle sessions, in a “big character poster” co-authored with two other Americans and read by Mao Zedong himself. The poster raised the notoriety of the couple greatly in China, and they were eventually granted some of China’s first “green cards.”

While his siblings were sent to a tea plantation in Anhui province, Yang passed most of the Cultural Revolution in the city, encouraged by his parents to use his free time to pursue hobbies such as building a bicycle and a generator.

In 1974, Yang left for the US, where he would reside for the next three decades. He worked as an electrical engineer in an auto factory while taking night classes, and eventually earned a PhD in economics from Rutgers University. “At first, I was just planning to visit and see what it was like. But then, I discovered that I could make 6 dollars an hour working as an electrical engineer—that was my salary for an entire month’s work in Beijing!”

In 2007, Yang came back to China, and became a professor of economics at the University of International Business and Economics in Beijing, teaching statistics and econometrics in English. His personal research focused on studying the Mao years and the command economy model. “I want to understand this period,” he explains. “Concentrating resources to work on big projects allowed China to grow at an unprecedented pace, a story which hasn’t been explored enough.” 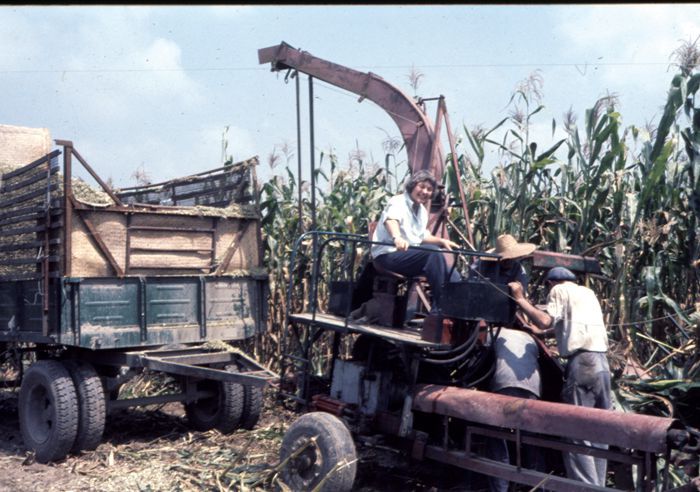 As China modernized, so did the machinery used on Yang’s family’s farm

In his spare time, Yang works to preserve the legacy of his unique upbringing. Last year, Yang published a photo album of his childhood with the China Machine Press, and most Fridays, he can be seen giving talks at the farm in Beijing’s Changping district where his parents lived out their final days.

When TWOC visited the farm in September, 2018, there were 400 students in school uniforms and red scarves enjoying a field trip among the barns, learning about agriculture. The farm is a supplier for Baxi ice cream, though not for long: “This place is scheduled for demolition soon,” notes Yang, a pang in his voice. “It is going to be the site of a new university campus.”

One of the veterinarians runs up to ask if I am one of Yang’s countrymen. “What are you talking about?” jokes Yang. “This woman is American, and I was born in Beijing!” But it wasn’t always so easy for Yang to laugh about identity issues.  “Sometimes, I felt like I was a Chinese albino at a zoo. In contrast, I felt so much familiarity in the United States alongside people who looked like me—that is, until I opened my mouth.”

Yang still speaks English with a notable accent. “When we went out [in Shaanxi], it was clear that we were very different. Most people had never seen a foreigner before. Some children called me names.”

Yet Yang remembers his childhood as idyllic, and it is clear, as he stops by the cows and talks to farmers, that the countryside still holds a special meaning for him. “My parents were inspired by the comradery here,” he explains. “Ordinary people are so smart; and my mother believed that their innate intelligence was sparked by the Chinese revolution.”

Yang’s younger siblings later joined him in the US, though neither would permanently return to China. His family still has feet on both sides—his cousin, filmmaker Carma Hinton is the daughter of Joan’s brother Bill Hinton, who wrote the bestselling book Fanshen about land reform in a Shanxi village.

“Everyone is dealing with their childhood in a different way. Our upbringing was very unusual and most people cannot understand what we have been through,” Yang says. Perhaps, though, that was the legacy his parents meant to leave all along. “My parents, in fact, didn’t know much about Chinese culture. Ethnicity didn’t matter to them; they were citizens of the world.”

The Chinese-Born American is a story from our issue, “China Chic.” To read the entire issue, become a subscriber and receive the full magazine. Alternatively, you can purchase the digital version from the App Store.