As the US-China trade war shows every sign of hardening, it can seem especially touching to come across previous examples of open affection between the two nations.

One undisputed classic of the genre is the US Army’s Pocket Guide to China, a chummy 64-page booklet that attempts to summarize the culture of America’s “gallant ally” for the average GI in World War II. 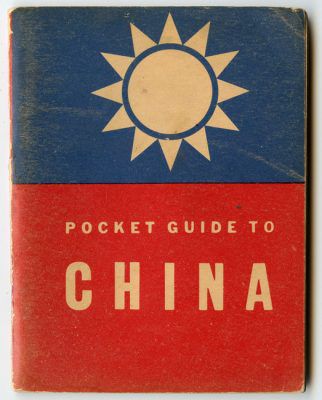 Boasting revelations such as “The Chinese people are like Americans”—plus headings on essential topics like “Chinese Girls,” “Squeeze” (commission or baksheesh), and “Chinese Democracy”—the US War Department really gave it the old college try. There is even a small section on “Face,” and the necessity for keeping fiery American passions in check: “Try not to lose your temper. You will see plenty of Chinese lose theirs but they are looked upon and look on themselves as lower class.”

However, the guide later adds, China views all outsiders as barbarians

On the topic of passion, the section on “Chinese Girls” (there is no equivalent on “Chinese Boys”) notes that the “modern Chinese girl…is often very pretty” but “will be insulted if you touch her, or will take you more seriously than you probably want to be taken.” This casual approach to harassment is very much of its time, as is most of the language:

Back in the days when “queer” meant “odd”

Generally, the booklet’s tone is well-meaning, indeed almost endearing, if more than a touch patronizing about how the average Chinese (or GI) behaves. Occasionally, it wanders into mystical allusion to explain relatively simple issues. Because few speak the language, foreigners, like the reader, are advised to get a servant like “most Chinese,” ideally “a boy” who will act as all-purpose fixer, fetcher, and mediator. He is almost an oracle, but “it is wisest not to know how he knows something—the Chinese have ways of getting information which have nothing to do with newspapers or organized source of information.” Ah, those mysterious Chinese and their bizarre propensity for…speaking Chinese with each other.

There are also some grim warnings about the poverty many had to endure at the time:

Most striking is the book’s constant push for GIs to assimilate, not stare, and be generally sympathetic to the plight of the average Chinese. There are numerous admonitions not to generalize or be racist (otherwise “you’ll be playing right into the hands of…the Japs”); even a hopeful reminder that what unites both countries is “We both love independence and individual freedom.” So, want to tell a joke about the Irish? Replace the hapless Paddy character with the Chinese equivalent: “A person from Hunan.” (The tradition likely lapsed after Mao Zedong, a native of the province, took charge!) 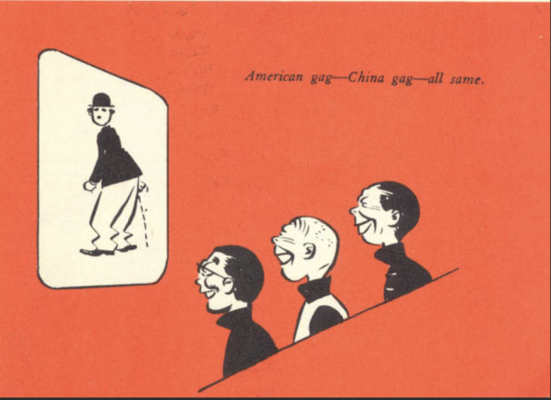 It concludes, under the headline “You are Our Ambassador,” by reminding soldiers that most Chinese “have heard good things of America.” The booklet then warns the reader: “It depends on you whether they will like us, and whether they will trust us in the future.” Perhaps it’s time for a reprint?