The Miscellany of Youyang is a record of legends, folk customs, herbal remedies, and local happenings compiled by Duan Chengshi, a literati born in Zibo, Shandong, in 803. It is best remembered today for the story of China’s Cinderella, “Ye Xian,” and creepy tales of the paranormal, like “The Face on the Arm.”

Duan is believed to have heard these stories from peasants and merchants, some from as far as Persia, while touring the country with his father as a young man and serving as governor of several prefectures in the Jiangnan region later in life. His book is often compared to the better-known 17th-century anthology Liaozhai Zhiyi, or Strange Tales from a Chinese Studio, by fellow Zibo native Pu Songling. But while Pu’s tales are filled with the author’s scathing social commentary, and often present “good” ghosts as counterparts to greedy and corrupt human characters, many of Duan’s stories seem to serve no purpose other than to scare the pants off the reader—see for yourself from the three stories we’ve translated below: 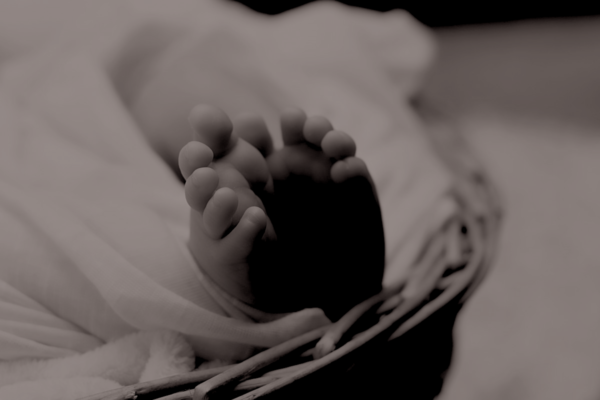 In the year 829, Jing Yi, a military official in Shouzhou, returned home to the capital city. His wife had been ill for some time. As soon as she saw her husband, she cried, “My upper body has been cut off by a demon! The demon has run off to the East Garden. Please find it, my lord!”

Shocked, Jing gave chase. The sky was gloomy. In the barren grass of the East Garden, he discovered a small naked creature with a face like an infant. In its hand, it held a bamboo box. Frightened, Jing threw a rock at it, and the creature disappeared, leaving behind the box. On taking a closer look, he saw that it contained the upper body of his wife, and fainted in horror.

When he came to, the box had disappeared. Jing returned to his bedroom to take a closer look at his wife. He found a wound about the width of a forefinger from her hairline to her chest, with a red color seeping through. She said to Jing, “You must find two sheng (400 milliliters) of breastmilk, and pour it in the East Garden where you found the box.” She further explained, “In my past life, I was the second wife of my husband. Because I would not give milk to my stepson, he died. In the Underworld, my stepson cursed me, saying that the Magistrate of the Underworld shall cut off my upper body in retribution. If you had not returned just in time, I would have died.” 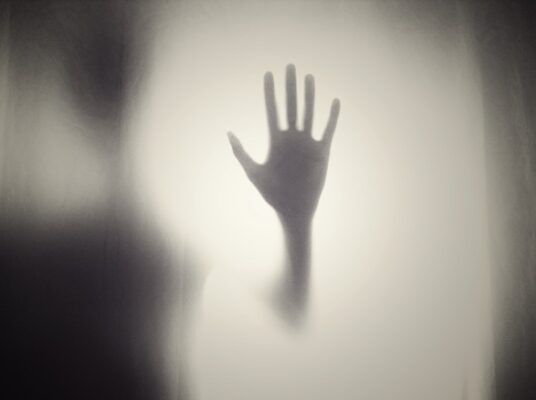 During the reign of the Tang Emperor Daizong, there was a man surnamed Wang who lived north of the Xiaogan Temple in Yangzhou. On a summer’s night when the moon was full, Wang got drunk and staggered off to sleep with his hand hanging over the side of the bed. His wife, afraid that he would catch cold, was just about to settle Wang in a more comfortable position, when a huge shriveled hand rose out of the darkness and seized his wrist.

Still half-asleep, Wang tumbled off the bed as the hand began dragging him into the ground. His terrified wife and maid seized Wang’s legs and tried to pull him back, but they were no match for the giant hand; eventually, not even Wang’s clothes were left. Wang’s wife gathered the entire family to dig under the bedroom. Two zhang (six meters) underground, they discovered a skeleton. It looked like it had already been there for several hundred years. Wang Shen was a kindhearted man who lived at the Wang Yuan Caravansary, west of Chang’an, during the reign of the Tang Emperor Dezong. Wang planted elm trees by the roadside to give shade to the travelers, and built thatched cottages where they could rest and enjoy beverages and fruits that he would provide. Wang had a son, who was 13 years old, and often served the guests.

One afternoon, a young woman wearing green robes and a white turban passed by, asking for a drink of water. The boy brought her into the house. She said, “My home is more than 10 li to the south of here. My husband is dead and I have no sons. Now that I’ve fulfilled my mourning obligations, I am going to stay with relatives. As I am passing through this area, I beg you to provide me some food to eat.” The woman was well-spoken and charming.

Wang invited the woman to join the family for dinner, saying, “You may stay here tonight, and leave tomorrow.”

The woman agreed readily. After dinner, Wang’s wife took her into their house, calling her “sister,” and asked her for some help with sewing. The stitches that the woman made were so fine that they didn’t seem like they were made by an ordinary person. Wang and his wife were impressed, and Wang’s wife teased, “Since you have no family, would you like to become my daughter-in-law?”

The woman smiled and said, “Since I am alone and poor, I am willing to do as you say.”

The woman and Wang’s son married that same day. It was the height of summer. As they retired, the woman told Wang’s son, “I heard there are many burglars around these days. Better sleep with the door closed.” As she spoke, she drew a thick wooden bolt across the door of their room.

In the middle of the night, Wang’s wife was suddenly wakened by a nightmare. She had dreamed of her son clutching his head and crying, “Mother, I am about to be devoured by a demon…”

Wang’s wife woke her husband, but he scoffed, “Are you so happy to have gotten a good daughter-in-law that you’ve started talking in your sleep?”

Wang’s wife had to go back to sleep, but she dreamed of her son again. This time, both husband and wife lit a candle and walked down the hall, calling for their son and daughter-in-law. Their son’s room, though, was as silent as a tomb. Panicked, Wang broke down the door. A creature with a dark blue body and sharp teeth rushed out and disappeared. Inside, some pieces of skull and a few hairs were all that was left of their son. According to traditional Chinese beliefs, death doesn’t stop one sending messages to the living