A beloved Chinese medicine is enjoying unlikely success abroad, where its controversial past is largely unknown

Last year, the revelation that Nin Jiom Pei Pa Koa, a cough syrup that allegedly dates back to the Qing dynasty, had been “discovered” by flu-afflicted New Yorkers was greeted with bemusement by some, and outright triumphalism by others.

“This is an honor…consensus, mutual respect, and mutual complement between Chinese and Western medicine benefit the health of humanity,” declared Guangdong News, after the Wall Street Journal published its February 2018 story of a New York architect who used the sweet brew to cure a persistent cough “in 15 seconds,” and told everyone he knew. Celebrity fans, from actor Matthew Modine to singer Jason Mraz, have praised the “secret remedy,” and shares of Kingsworld Medicines Group, its Hong Kong-listed distributor, rose by 25 percent the following Monday.

Not everyone was as impressed. Amid Stateside grumblings about cultural appropriation, state news agency Xinhua interviewed Chinese residents in Los Angeles, who saw no evidence of their childhood cold remedy going mainstream, while the Nanfang Metropolis Daily debunked rumors that the TCM brew was being sold in the US for 450 RMB per bottle (it’s sold at around 30 RMB over the counter in China, and 25 USD or 170 RMB on Amazon).

The medicine has been divisive throughout history. Though US media cited loquat as the key component (pei pa kao means “loquat syrup”), the active medicinal ingredient is the dried bulb of chuanbei (川贝), or fritillaria cirrhosa, a dropping flower indigenous to the Himalayas. In Shakespeare’s The Winter’s Tale, another species of fritillaria, the “crown imperial,” is listed among many other spring flowers in a sonnet by Perdita to her beloved: “These I lack to make you garlands of, and my sweet friend/ To strew him o’er and o’er.” 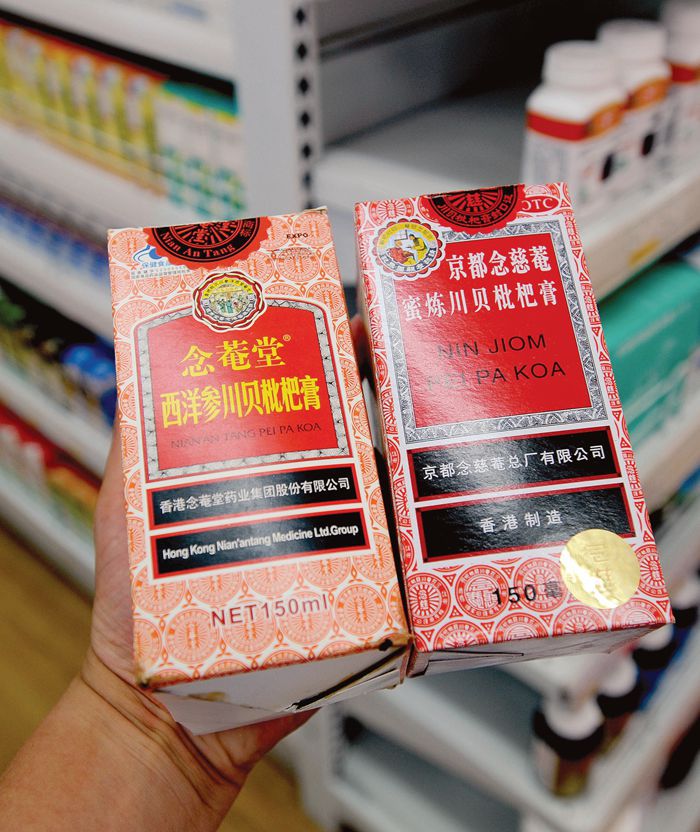 Chinese descriptions have been far less poetic. “The taste is spicy or flat. It mainly treats fever of an attack of cold, discharge from miasma, hernia, laryngeal paralysis, lactation difficulty, incised wound, and apoplexy,” states the description of fritillaria in China’s first medical text, Shennong’s Materia Medica, which was completed in the 3rd century CE but based upon much older oral traditions. Both the Zhejiang and Sichuan varieties are believed to have been harvested under the name “wild weed” or “bitter herb” for at least 2,000 years.

By the Ming dynasty, though, the Collected Statements on the Herbal Foundation was calling “a wonder,” which could cure coughs, reduce lung inflammation, reduce fever, flush toxins, and perform nine other functions besides, giving rise to several ancient legends about the miracle herb. The spookiest, collected in the Tang-era Miscellany of Youyang, relates the tale of a merchant with a scar that grows to look like a man’s face, and starts demanding food and wine. On the advice of an itinerant doctor, he tries feeding the scar a different herb every day, until one day he presents it with fritillaria, or beimu (贝母) and sees its “mouth” clamp shut. Realizing this is the drug he needs, he force-feeds the herb to the greedy mouth for a few days, until the scar disappears.

By the Qing dynasty’s Supplement to the Materia Medica, chuanbei, the Sichuan variety of beimu, was being identified as a treatment for “internal disorders and chronic cough.” It sounds less impressive than previous descriptions, but in those times, a cough or cold was a big deal. In the Ming era, it was considered the first sign of one of six types of disorders—wind, heat, cold, damp, dryness, or summer heat—and four emperors of the Ming and Qing dynasties are believed to have passed away from colds. Medicine for coughs and throat infection were also standard articles of tribute to Ming emperors, though it’s not known if they included chuanbei. 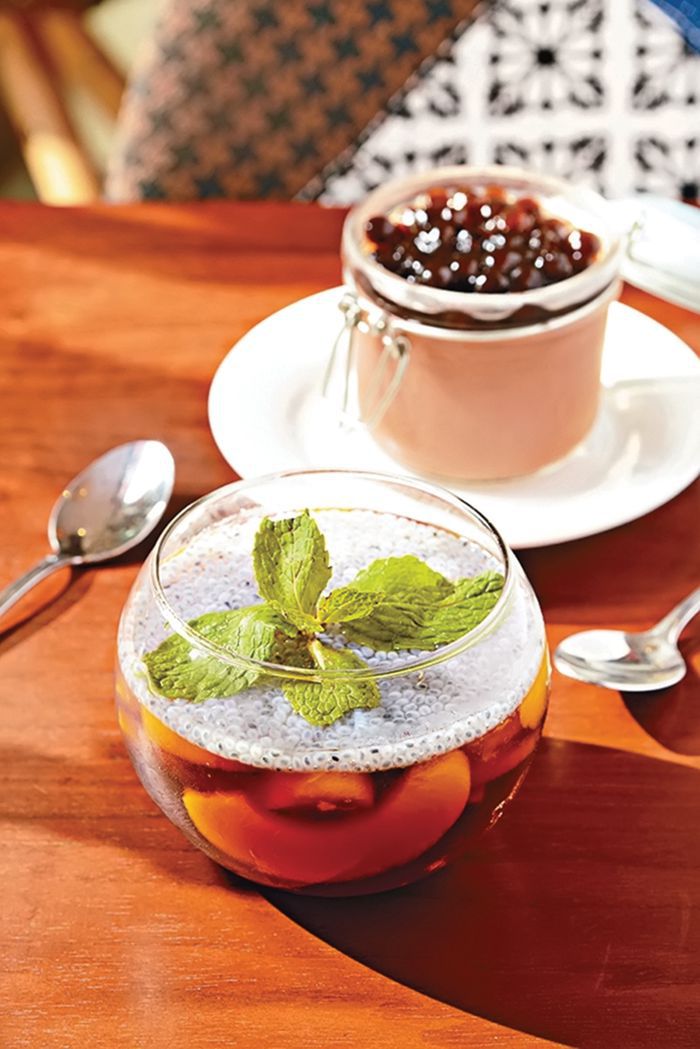 Hong Kong’s Nin Jiom Medicinal Manufactory, which produces the best-known brand of Pei Pa Koa, tells an origin story remarkably similar to earlier legends about chuanbei. During the reign of the Kangxi Emperor of the Qing (who, incidentally, died from a cold), a county magistrate named Yang Jin was searching for a cure for his mother’s chronic throat trouble. A famous physician, Ye Tianshi, gave him the recipe for a medicine made from chuanbei with honey and loquat extract. The mother lived to be 84, and the Yang family manufactured the medicine in Beijing for centuries afterwards.

The present-day Hong Kong company was founded in 1946, supposedly taking over from the original Yang family (their logo depicts Yang Jin and his mother). It claims to have annual sales of over 44 million USD, and to be immune to recession, because “people always get a cough or sore throat regardless of whether the economy is doing well or not,” as director Chan Yin told the Hong Kong Chamber of Commerce in an undated article.

Nin Jiom isn’t the only company in the chuanbei loquat syrup game—Beijing’s Tong Ren Tang, an allegedly 400-year-old traditional medicine brand that was embroiled in an expired-honey scandal last year, manufactures another. Besides the loquat recipe, “chuanbei snow pear syrup” is an alternative cold medicine based on chuanbei and pear broth, a folk remedy, and preferred by some for its potency and alleged anti-viral properties. 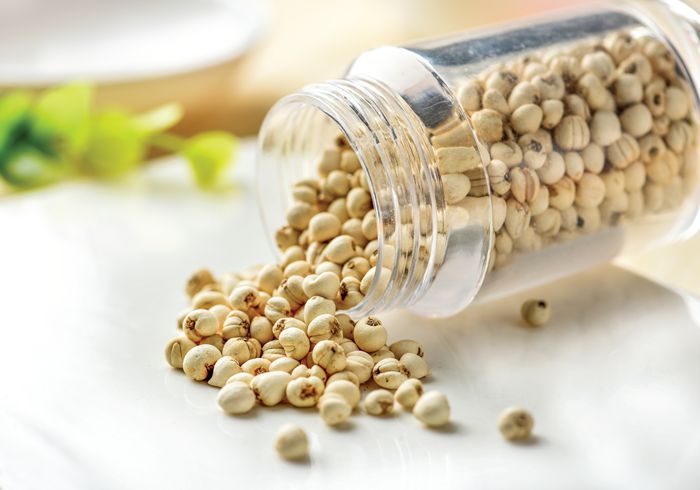 Beimu derives its name from its shell-like appearance

Experts have warned, though, that there is little clinical evidence about the medicinal properties of Pei Pa Koa or, indeed, chuanbei itself. In the US, the syrup is classified as a health “supplement” only, without FDA approval, and the WSJ quoted health experts cautioning that it may not relieve symptoms of every cold virus. In China, a 2015 paper by Liaoching People’s Hospital researchers, studying an 86-year-old patient’s decade-long chemical dependence on the syrup, sparked unease. In 2018, police in Xiangshan county, Zhejiang, busted an online store selling “secret recipe chuanbei pei pa koa” as part of an ongoing crackdown on TCM cures labeled “handmade,” “no additive,” or “exclusive formula.”

Pei Pa Koa’s virality has also brought attention to the growing market in TCM-based drinks and desserts. Pei Pa Koa-flavored bubble tea from Labobatory, a drink shop in San Gabriel, California, grabbed headlines in late 2018, but the owner claimed to have been serving the drink since 2015. Likewise, several Pei Pa Koa cocktails appeared in Beijing last year, as well as Pei Pa Koa gelato in Shanghai, but the trend may go even further back to cough syrup-infused coffee in Malaysia in the early 2000s—the sticky texture and sweet-yet-minty taste create a slightly more exotic substitute to traditional condensed milk.

Judging by previous crazes for TCM remedies like acupuncture and cupping, Pei Pa Koa is unlikely to prove more than another American health fad. Alternative medicine users are attracted by TCM’s novelty and mystery, but it’s these allusive qualities that also prevent them from going mainstream. “When my wife and I are sick, we may get Pei Pa Koa and banlangen, since that’s what we grew up with,” says Zhang Ning, a father of a 2-year-old living in the Bay Area (banlangen is another ubiquitous TCM cold remedy made from isatis root). “We rarely give it to our son because we aren’t sure about the right dosage to give toddlers.”

Zhang does wish to see a bigger market for Chinese remedies abroad. “I’m actually quite a fan of TCM,” he says. “A lot of my Chinese friends [in the States] also say they wish to include it more in their lives, but there’s nowhere we can get information about it, so it makes us uneasy.” No amount of miraculous legends, ancient or modern, is likely to change this.

Black Gold is a story from our issue, “China Chic.” To read the entire issue, become a subscriber and receive the full magazine. Alternatively, you can purchase the digital version from the App Store.