Walking down the street in any Chinese city, it’s hard to ignore the swarm of two-wheeled electric vehicles weaving around cars and pedestrians—and deadly to do so: E-bikes have caused more than 56,000 traffic accidents nationwide from 2013 to 2017, resulting in 8,000 deaths and 63,000 injuries, the government reports .

Despite attempted bike bans in numerous cities, the number of accidents involving e-bikes is on the rise, likely resulting from the rise in e-bike ownership: Xinhua News Agency reports that there are now 400 million e-bikes in China.

Two types of battery-powered bikes are common on Chinese streets: bicycle-style and scooter-style. The former look like ordinary bicycles with a motor, battery, and controller attached, and are lighter and slower than scooters, which look more like a light motorcycle with a thicker frame, headlights, speedometer and turn signals. Both types have pedals and are charged by plugging into an electrical outlet. 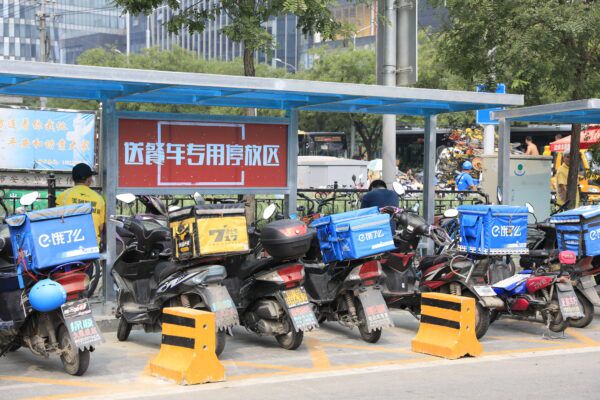 According to a joint 2006 paper authored by traffic researchers from Tsinghua University, the University of California-Davis and the University of California-Berkeley, battery-powered e-bikes first appeared in China during the 1980s. They gained little traction to start, because there was relatively little information available to the public about them and the vehicles were expensive. Inexpensive gasoline-powered scooters, though, quickly became popular among a public that was becoming able to travel and do business freely across the country for the first time.

In 1999, the national government set up standards for e-bikes, including speed and weight limits, and a requirement for the vehicles to have pedals to be considered an e-bike. Manufacturers, however, often exploited the rule by installing non-functioning pedals that could be easily removed.

The sale of e-bikes has soared. In 1998, 40,000 e-bikes were sold, compared with 14 million in 2015, and more e-bikes are taking to the roads every year. The number of traffic accidents has correspondingly risen. Southeast University professor Zhang Xujun writes in a 2015 paper road traffic injuries that since 2004, “electric bike/moped fatalities increased more than 11 times from 589 to 6,539, and nonfatal injuries increased 5 times from 5,295 to 30,532, respectively.” Zhang also stated that 56 percent of fatalities and 68 percent of nonfatal injuries from non-motorized traffic accidents in 2015 were caused by e-bikes alone.

According to Zhang, most accidents are caused by riders breaking the law. In 2015, 60 percent of fatal crashes involving two-wheeled vehicles had to do with traffic violations. Police in Jiangsu province have determined that in more than three-quarters of all the accidents involving e-bikes, the rider was to blame. 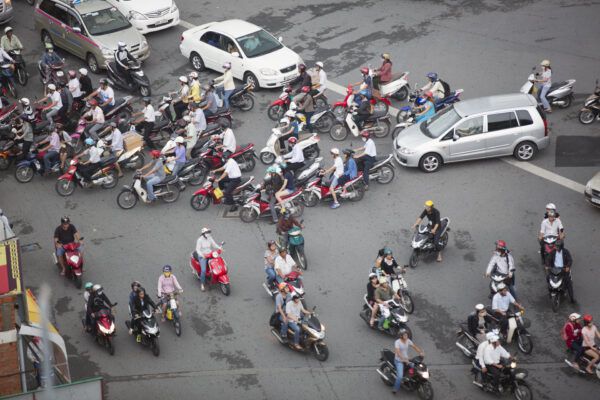 Though they are prohibited in motor vehicle lanes, e-bikes often compete for the road with cars

Such infractions are now mundane sights for Chinese urbanites, especially when they involve people whose livelihoods depend on e-bikes. “There are many food-delivery drivers that drive very fast, so they crash into cars and fall down onto the ground,” a Beijing college student who wants to be identified by her surname, Li, tells TWOC. Li rides an e-bike herself to get to class, and says that the roads are dangerous because e-bike riders don’t have any physical protection except for helmets.

Li sympathizes, though, with the “time limitations” that force her blue-collar peers to rider more recklessly. A food-delivery driver of seven years, surnamed Cai, admits to running red lights. ”When I’m on duty doing my job, I’m stressed due to the need to rush my deliveries and my working conditions,” says Cai who calls himself a “safe rider” when he’s “off duty [and] can relax.” A shortage of bike lanes in many cities—and cars illegally parked in the few available—also sometimes force riders to break the rules and navigate the dangerous main roads.

The government has taken steps to increase safety and keep reckless riders in check. Previously, in order to drive an e-bike, one just had to register the vehicle with ther local Transportation Bureau office and be over the age of 16. A new law introduced in May 2018, which went into effect the following year, outlines built-in vehicle speed limits, pedal requirements, and maximum weight and battery voltage standards for new bikes. Current e-bike owners may continue using their vehicle, but must bring it up to the new standards within three years.

It’s not yet clear if the new requirements have reduced injuries and property damage, but it’s likely impossible to issue a blanket ban on vehicles that have become necessary urban conveniences for many. “If you follow the rules, and follow the laws, then it is relatively safe,” says a worker and seven-year e-bike rider, surnamed Wang.

Traffic accidents aren’t the only safety risk. According to the Ministry of Emergency Management, between 2013 and 2017, more than 10,000 fires were started e-bikes as their batteries were being charged, killing more than 200 people.

Experts predict that the number of e-bikes in China will increase by 30 million each year. Time will tell if this means more traffic safety awareness—or more menaces on the road.

With contributions by Benjamin Jenkins and Jason Low.

E-bikes are everywhere and that’s a problem. Is a crackdown on the way?