At the turn of the century, China’s contemporary art scene had just begun to blossom into today’s constellation of museums and galleries. “Society Guidance,” a current exhibition at the UCCA Center for Contemporary Art, looks back toward the 1990s—a decade of what curator Bian Ka calls relative artistic “wilderness,” when artists lacked supporting institutions but existed in a state of exuberant spontaneity. Gathering works from artists of this decade, “Society Guidance” examines the ideological patterns and collisions that emerged in the wake of China’s market reforms.

What is the meaning of “Society Guidance”?

Bian Ka: The title comes from the name of a fake publication in the 90s sitcom Stories from the Editorial Board. This is how it was in the 90s: everything that we thought was wrong suddenly became correct. There began to be bars and nightclubs, places to sing and dance. In the 80s, this was decadent capitalist behavior. We used to consider starting your own business to be speculation and profiteering. Then, hey, it’s allowed, and people are getting rich!

The public was very confused in those days. Nobody knew what was right or wrong anymore. People sought guidance, something to lean on. The questions I am interested in are: How did China walk toward modernity? What did people experience in this interim period? What questions did they face? 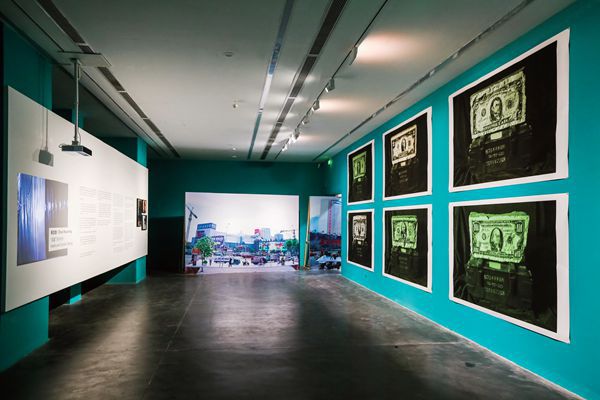 How do the artists in the exhibition embody this era?

Our guiding principle in choosing artists was that they embodied a dualism: They had the idealism from the 80s, yet faced the consumerist society of the 90s, and recorded their first reactions to these transformations through their art.

For example, Ren Jian, a leader of the New History Group, was living in the snowy northeast in the 80s. When he arrived in Wuhan, a city of bustling markets swept up in this wave of urbanization and commercialization…Ren Jian felt that entering a consumerist society was almost like entering a state of drunkenness. As a serious intellectual, he had to first prepare himself, as through the performance “Disinfecting” in 1992. The ritual was a kind of folk philosophy that gave him immunity to enter consumerist society without being swallowed by it alive. The following year, the New History Group worked on the piece “Mass Consumption.” Ren Jian went on to really embrace the market, even opening his own advertising agency.

Chen Shaoxiong just graduated from university at the end of the 80s. For an exhibition in Guangzhou, he made a transparent maze and lived in it for seven days, gradually painting the walls black. He emphasized that the audience was both within and outside the work. This precisely foreshadowed how he felt about consumerist society, a tourist in his own city as it changed day by day. It’s difficult for a traditional intellectual to completely integrate into consumerist society; Chen could not fully embrace it. 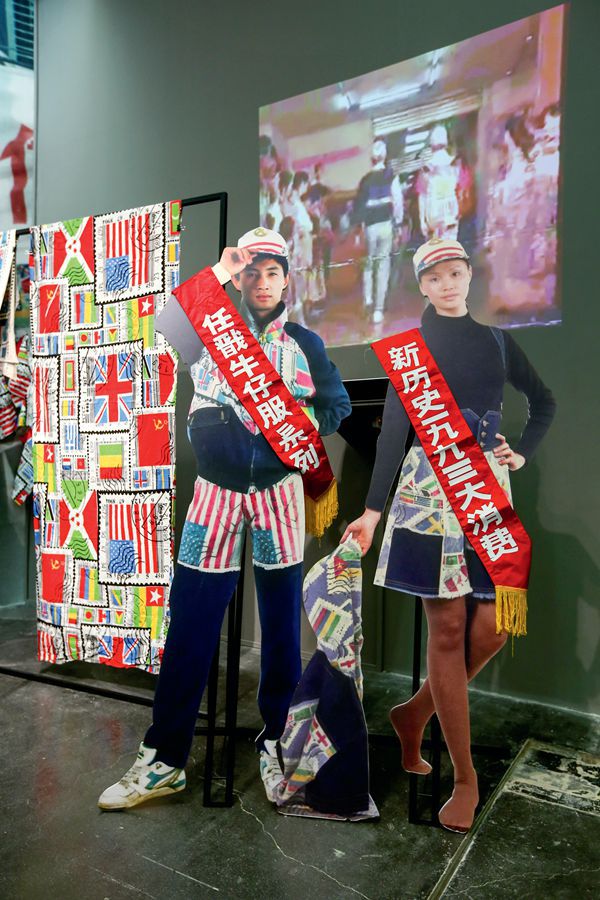 What is the role of history in the exhibition?

Our exhibition has a strong documentarian feel. When we received the artworks, we conceptualized a reading room that would allow viewers to interpret the works. We invited Ren Jian to provide a list of books and publications that directly influenced the New History Group’s works at the time, as well as news articles about current events and critics’ responses to their work.

Today it feels as if China is moving backward from modernity, rather than toward it. The public can be manipulated through demagoguery, and people are easily led by the media. It would be good for young people to calm their nationalistic anger, sit down, read about a different period in history, and to be open to hearing how intellectuals approached an issue in another time.

The 90s hasn’t yet solidified into history. We don’t want to create something kitsch, or to reminisce for the sake of reminiscing. These questions are still debated by art researchers today. I hope that the exhibition will inspire resonance rather than pure reminiscence.

“Out of the Wild” is a story from our issue, “The Wellness Issue”. To read the entire issue, become a subscriber and receive the full magazine. Alternatively, you can purchase the digital version from the iTunes Store.