Snoozing; dozing; getting some shut-eye; catching 40 winks. The English language may have more words for an afternoon nap, but it’s the Chinese who have the habit of drifting off during midday siestas—often in the most unexpected places.

Napping was traditionally frowned upon in Chinese culture. In The Analects, Confucius compared a dozing disciple to “decayed wood” for wasting precious study hours. Ancient poems also described the siesta as a luxury of the leisured and idle: “A nap after eating, two cups of tea upon waking/Looking up to find the shadow of the setting sun…Time is of no consequence for those with neither worries nor joy,” wrote Tang dynasty poet Bai Juyi in “After a Meal.” 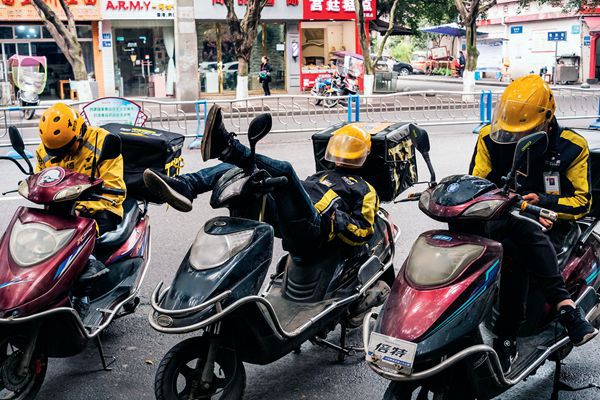 In the early 20th century, China began importing Western education models, which touted afternoon naps as restorative for one’s health. The right for workers to take breaks is enshrined in China’s constitution, and most Chinese employers and schools have two-hour lunch breaks that incorporate a nap (午睡) or “noon rest” (午休), often to be enjoyed at one’s desk. 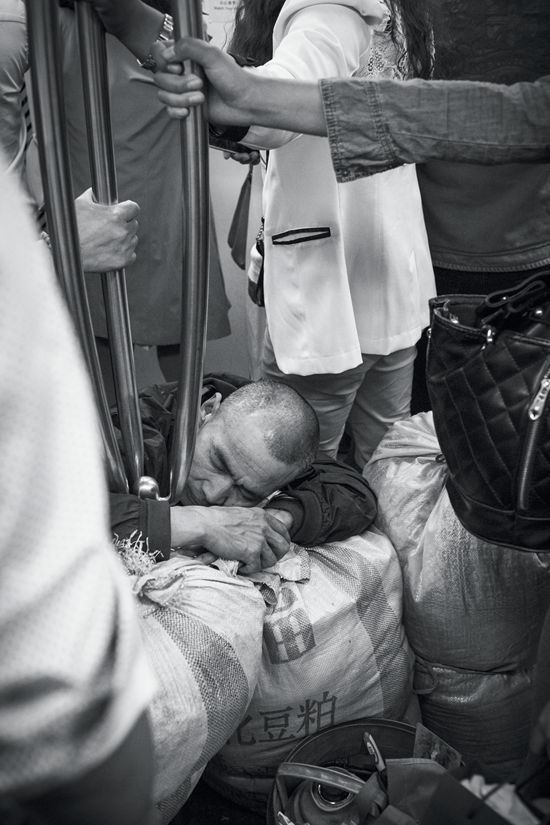 Since 2015, Chongqing photographer Xin Ting has been documenting people who nap in public places. At first, he was simply amused by the sleepers’ odd choice of position and location. “Over time, though, I realized that the people who nap in the open tend to be menial laborers who need to rest after a morning of hard work, but have nowhere to sleep,” he says. “This photo series is joyful, yet it has a touch of sadness.” 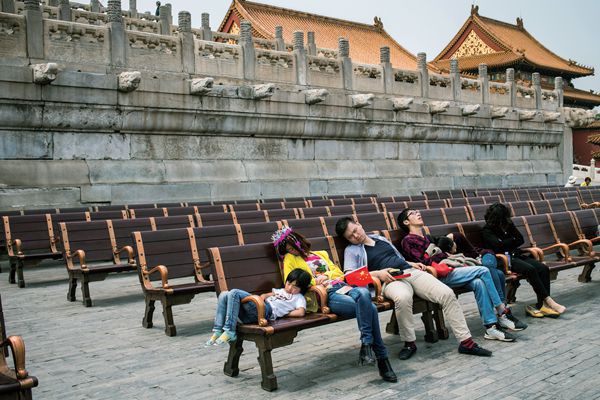 “Public napping is a metaphor for China’s development,” says Xin

In the future, perhaps naps will once more become the luxurious escape as they were in Confucius’ time. “Given China’s current wealth gap, many people are like public nappers—smart, hardworking, and optimistic, but living in uncomfortable surroundings,” Xin muses. “As our lives improve, I hope fewer and fewer people have to nap outside.” 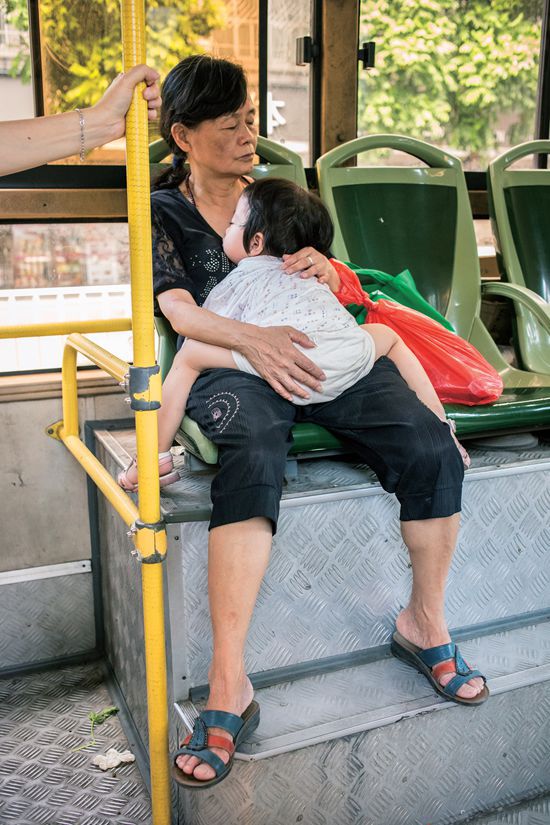 Siestas remain a habit for all ages 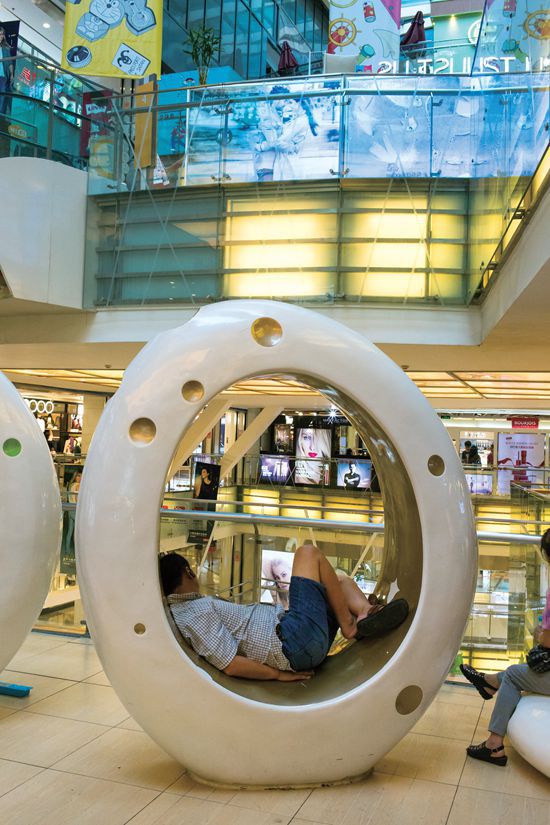 Many nappers make odd choices of bed and sleeping position

Nap Snaps is a story from our issue, “The Good Life.” To read the entire issue, become a subscriber and receive the full magazine. Alternatively, you can purchase the digital version from the App Store.