Once an exotic novelty, the telephone has become a daily necessity in the last few decades

In 1876, the same year that Alexander Graham Bell was awarded the patent for his invention of the telephone, Li Gui, a Ningbo customs officer, became the first Chinese to see the contraption.

Sent by the Qing empire to visit the World’s Fair in Philadelphia, Li glimpsed the ground-breaking device, but didn’t get to use it. That honor was claimed in 1877 by Guo Songtao, the first Qing minister to visit Great Britain, who was invited to try a phone in an electronic appliance factory while his interpreter Zhang Deyi answered from another set downstairs. “Can you hear it?” began Guo. “Yes,” Zhang replied. “Can you understand me?” “Yes.” “Please count out some numbers.” “One, two, three, four, five, six, seven…” 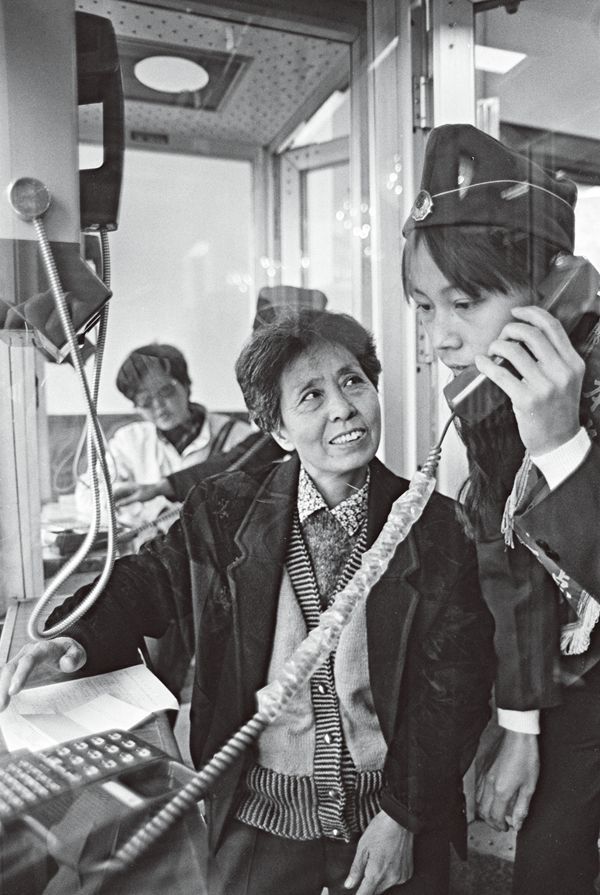 Tianjin residents call friends and family in the US for free, as part of a 1993 event organized with AT&T

This simple conversation is believed to be the earliest record of Chinese people talking over the telephone. As Guo pointed out in his diary, however, the sound quality was not perfect: “Long sentences were mostly blurred. Only these few words were clear.”

Zhang, who later phonetically translated “telephone” as “德律风” (délǜfēng), expressed his admiration in his memoir Strange Tales from Over the Ocean: “Upstairs and downstairs, inside or outside the room, people transmit their voices with it, just like talking face to face…whether users are literate or not, with this device, messages can be sent.”

Soon, this magic device began showing up in China. In 1882, Denmark’s Great Northern Telegraph Company founded the first telephone office on Shanghai’s Bund, installing telephones in 25 households in the International Settlement. But most Chinese didn’t embrace the new invention immediately; Guo was even deemed unpatriotic for praising the advanced Western technology, and forced to resign from his position in 1879. Before 1949, the country’s phone penetration rate was only 0.05 percent, with most sets used by foreign households or government and commercial offices of Western powers. 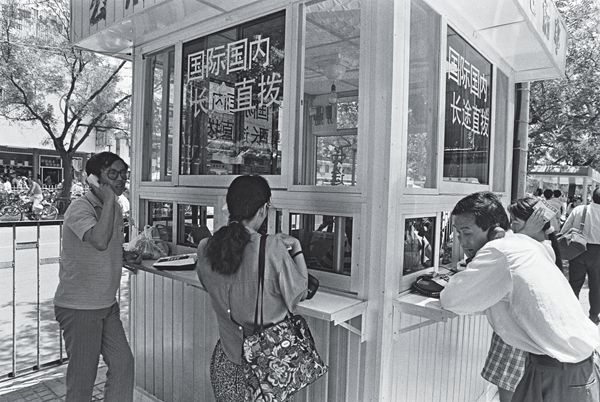 After the People’s Republic of China was founded, the government decided to upgrade the country’s network. In 1958, the Beijing Telegraph Building was established and soon became the hub of China’s communications industry.

Thereafter, the telephone began to play an increasingly important role in daily life. In 1960, 61 workers in Pinglu county, Shanxi province, fell sick with food poisoning, and needed medicine that was unavailable even in the surrounding cities. Faced with a health crisis, local party secretary Zhang Mingliang phoned Beijing for help.

“Before that, I had never made so many phone calls in my life,” Zhang told the editors of National Album, a book by the Xinhua Agency commemorating China’s 40 years of reform. Fortunately, Zhang’s appeal worked. A PLA air force plane arrived from the capital the next day, carrying a crate of life-saving medicine; all of the workers survived. 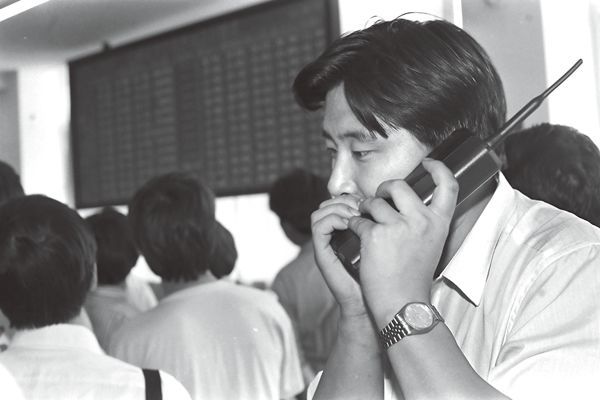 In the 1990s, a “big brother” mobile phone was a symbol of wealth

Up until the 1990s, though, the telephone was still a luxury for ordinary families. When the Reform and Opening Up policy was inaugurated in 1978, only 0.43 percent of the population had a landline, and most had to go to a public booth to make a call, paying according to the distance they called. In the late 1980s, calling someone over 2,000 kilometers away cost 1.2 RMB per minute—a significant sum. The installation fee for one telephone in a Beijing home was 5,000 RMB in 1990, when the average salary was just 221 RMB per month.

As landlines became more popular, mobile phones also cropped up in wealthy metropolises like Shanghai—bulky contraptions which acquired the nickname “大哥大 (big brother).” In 1987, local media declared Guangzhou’s Xu Feng to be China’s first mobile phone user: It was reported that he paid 20,000 RMB for the privilege, equivalent to the cost of a Toyota tractor at the time. 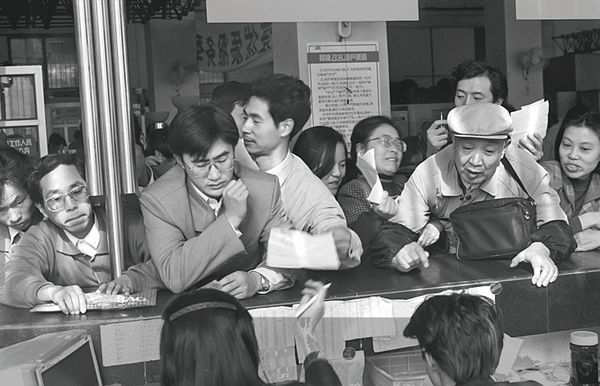 In 1990s, as the market economy boomed, phones gained popularity among businessmen, who regarded it not only as a communication device but a symbol of wealth. Phone numbers which featured “lucky” digits were especially valuable. In 1993, a Shenyang entrepreneur spent 258,000 RMB to acquire 908888, a number that was usable for less than a decade before 1G networks were phased out in 2001.

Since 1987, the number of China’s mobile users has risen to 1.57 billion. Today, a mobile phone is a necessity, not just for staying in touch but finding directions, taking photos, and placing orders and making purchases. Indeed, some now miss the old days when the phone was only a marvelous instrument for communication. “Days were slower in the past,” modern poet Mu Xin nostalgically notes. “Carriage, horse, and mail did not travel fast. A lifetime was needed just to love one person.”

Ringing the Changes is a story from our issue, “Funny Business.” To read the entire issue, become a subscriber and receive the full magazine. Alternatively, you can purchase the digital version from the App Store.