With their sentimental taglines, similar-sounding titles, and posters that overly employ the color red, “patriotic” movies tend to make decent box offices in China due to generous state support, but are not known as major hits.

Two fall releases have tried to challenge this convention, with mixed success. Released shortly before the country’s 70th National Day holiday, My People, My Country surpassed the expectations stemming from its pedestrian title to gain a rating of 8 points out of 10 on the authoritative audience-review app Douban, proving that honest storytelling can, to an extent, overcome the usual flaws of the genre.

A longstanding subcategory in the Chinese film industry, patriotic films, also known as “major theme” movies, typically represent official ideology, mainstream culture, and positive ideals in their plot and setting. Generally, this results in sophomoric efforts with monotonous themes, bland characters, and maudlin narratives that rarely go beyond the value of sacrifice for the family or pride in the nation’s achievements.

Comprising seven short films by seven directors of different generations, My People, My Country captures a series of historic moments over the last 70 years including the founding of the PRC in 1949, the return of Hong Kong in 1997, and the 2015 parade commemorating the end of the Anti-Fascist War. None of these events are directly depicted on screen, but rather, serve as backdrops to the character-driven vignettes intended to remind ordinary citizens of their memories of these historical moments.

Directed by “sixth generation” director Ning Hao, known for his dark grassroots comedies like Crazy Stone (2006), “Hello! Beijing” is one of the most effective stories in the film. Set days before Beijing’s 2008 Olympics, it tells the story of ne’er-do-well taxi driver Zhang Beijing, played by comedy veteran Ge You, who wins a ticket to the Olympics opening ceremony in a company lottery.

After much grandstanding before his coworkers, passengers, and even strangers, Zhang decides to present the ticket as a birthday gift to his estranged son, only to find that the ticket is missing. Ning’s light-hearted treatment and plot twists, centering on an imperfect yet realistic character—Ge shadowed real taxi drivers for the role, and his mannerisms drew guffaws of recognition from the audience—was a refreshing departure from the genre’s typical heavy-handed offerings.

Unfortunately, not all stories were as engaging. “Daytime Meteor,” directed by leading “fifth generation” filmmaker Chen Kaige, centered on two petty thieves who gain faith in the future after witnessing China’s space program in action. The inspiring premise was brought down by a lacking execution, with inauthentic depictions of poverty and a forced dramatic moment when the protagonists’ munificent mentor collapses, coughing blood, due to terminal illness—right after bringing enlightenment to the two boys.

Released on the same date as My People, the much more highly anticipated The Captain was adapted from the real-life heroics of Sichuan Airlines pilot Liu Chuanjian, who successfully landed a flight in 2018 after the cockpit windshield broke over a mountainous region en route from Chengdu to Lhasa.

The on-screen depiction of “Chinese Captain Sully,” though, turned out less than satisfactory. The film opens with great potential, featuring distinctive characters—a compulsively neat captain, a young and cocky first officer, a cabin crew chief trying to balance work and family, and passengers with various backstories. However, the visual effects and suspense completely take over the human factor during the action part of the film, resulting in flat characters whose heroic feats come off as rote, almost textbook (Sichuan Airlines was heavily involved in the project, perhaps explaining its resemblance to an airline commercial).

Though there weren’t many surprises either in My People, My Country, the film explored the possibility of making patriotic cinema more than the sum of its propagandistic parts. At the end of the day, it’s always good storytelling that gets the idea across—any idea.

Zhang: It would be even better to have a photo with Yimou…Aren’t you two part of the same crowd? Oh, you’re in a meeting? I’ll leave you to it.

Zhang Xiaofan (Xiao Zhan) lost his parents in a mysterious massacre when he was a boy. As the sole survivor of the tragedy, he was accepted as a disciple of the Daoist Qingyun School. Seemingly talentless, Zhang struggles to learn sorcery and martial arts for years, until an unassuming magical weapon comes to his way. However, a mysterious young woman is trying to steal the weapon, and a dark power is rising. The film is the first of a serial adaption of the widely popular online novel, Zhu Xian (“Slaying Gods”) by Xiao Ding, noted for its establishment of an anti-hero within the traditional wuxia genre. 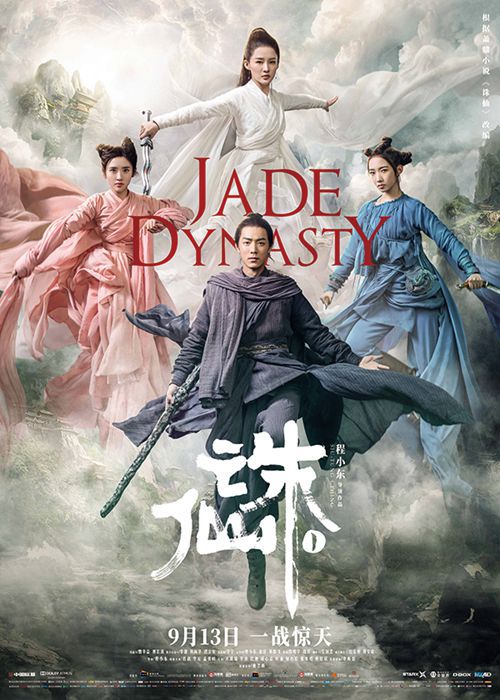 Directed by Zhang Tongdao, who followed the lives of 18 Beijing kindergarteners over a period of 12 years in a documentary series on China’s “post-00” generation, this film focuses on two new characters—“the Hero,” a troublemaking boy called Chi Yiyang, and “the Princess,” an artistic girl named Rourou—who are both misfits in mainstream education. Far from being representatives of the vast and diverse age group, their stories provide unique voices from the newest generation. 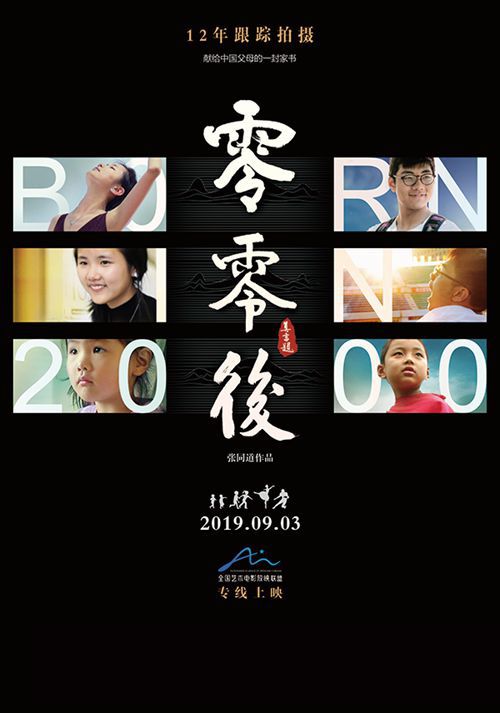 After her father’s sudden death, Hong Kong travel agent Xia Rushu (Sammi Cheng) discovers she has two half-sisters, Ruzhi (Megan Lai) in Taiwan and Ruguo (Xiaofeng Li) in Chongqing. Meeting at the funeral, the sisters console one another and decide to keep the family hot pot restaurant running. As they seek the secret recipe to their father’s special soup, each sister struggles with abandonment issues, and gains a better understanding of their father as a person. Adapted from Amy Cheung’s novel My Spicy Love, the film continues the tradition of heartwarming family dramas in Hong Kong cinema. 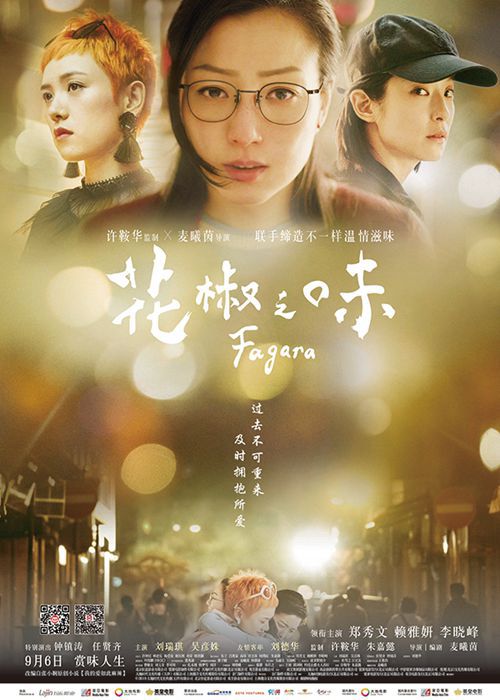 After a student jumps to her death due to bullying, Chen Nian (Zhou Dongyu), who stepped forward and covered the body with her coat, becomes the bully’s new target. She forms a bond with Xiao Bei (Yi Yangqianxi), a street gangster, over their shared pains of growing up. However, just when Chen’s dream of going to college is finally within reach, her bully’s body is found in a construction site, sending the characters’ world into a tailspin. The film was applauded as the first mainland Chinese movie to depict school bullying. 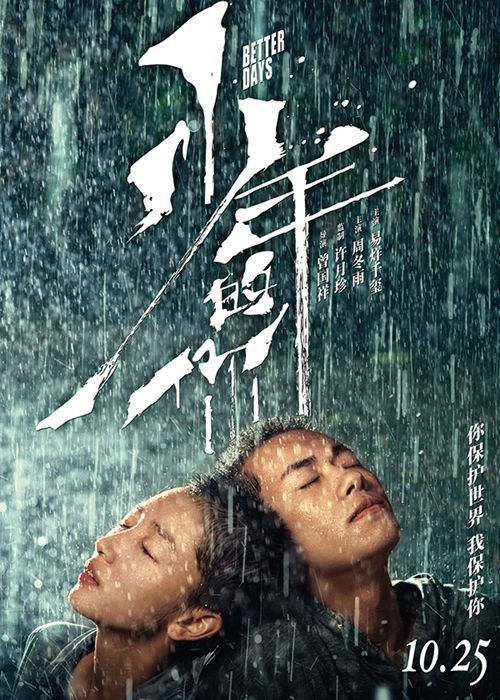 My Country, My Cinema is a story from our issue, “Tuning Up.” To read the entire issue, become a subscriber and receive the full magazine. Alternatively, you can purchase the digital version from the App Store.