Guyu or Grain Rain, the last solar term in the spring season of the traditional Chinese calendar, has flown by, which means we’re about to embrace the summertime. Many flowers, however, are still in full if short-lived bloom.

The book Extended Worthy Aphorism (《增广贤文》) quotes the historian Sima Qian (司马迁) of the Eastern Han dynasty (25 – 220) as writing: “One flower’s blossom does not make it spring, but when all flowers at full blossom makes the spring complete (一花独放不是春，万紫千红春满园).” Mindful of this, many Chinese cities have invested in planting and protecting the flowers associated with their history or cultural values in order to draw visitors during the spring. Here are a few official and unofficial “city flowers” from around China: 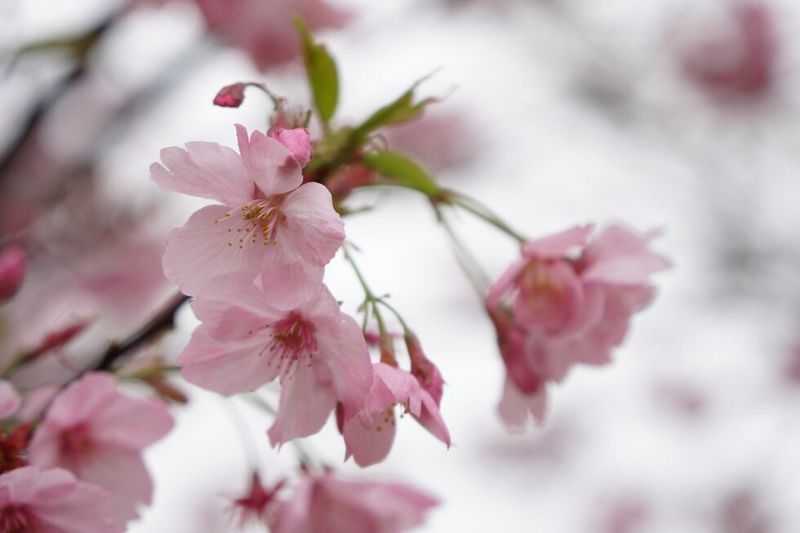 Though the plum blossom is the official city flower of Wuhan, cherry blossoms are much more iconic to the city. Recently, Wuhan’s cherry blossoms have become a trendy topic in China, as the Covid-19 pandemic has prevented people from going outside for to enjoy the blooming flowers as usual. The city’s best-known flower-watching spot is the campus of Wuhan University, or WHU, which is visited by tens of thousands tourists every spring.

Cherry blossoms came to Wuhan University in the spring of 1939, when the Japanese occupied the campus. WHU professor Tang Shanghao (汤商皓), who was himself an alumnus of the university, and whose wife was Japanese, persuaded the Japanese general Takahashi not to destroy the campus, suggesting that the scenery there resembled that of the city of Hakone in Japan.

Afterward, 28 batches were transported from Japan and planted on campus to relieve the homesickness of Japanese soldiers. Though once symbolizing national humiliation, as the cherry blossom is the floral emblem of Japan, the flowers have become a representative sight of Wuhan along with the Yangtze River Bridge and the Yellow Crane Tower.

Considered to be noble, resilient and modest, the plum blossom has long been suggested as a national flower of China (though the country does not have an official flower), and it is the flower of many Chinese cities like Wuhan, Wuxi, Huaibei, and Nanjing, whose claim to it is the best known.

The city’s history with plum blossoms, or meihua, can be traced back to the North Dynasties period (222 – 689), when six kingdoms successively settled their capital in Nanjing and began planting the flowers. During the Tang dynasty (618 – 907), plum blossoms were planted in large scale in the Changganli in southern Nanjing. During the Northern Song dynasty (960 – 1127), the reformist official Wang Anshi (王安石) planted 300 plum trees in the Hillside Gardens, his personal villa after retirement in Nanjing. Another spot where tourists may view plum blossoms today is Meihua Mountain in Nanjing, famous for its “sea” of blossoms.

As the Song dynasty poet Lu You (陆游) wrote in “The Plum Blossom: To the Tune of Measures at Court (《朝中措·梅》)”: “Uncared for by the vernal breeze on the wing; You are the first to welcome spring (任是春风不管，也曾先识东皇).” Plum blossoms are some of the flowers to bloom after winter, often appearing before the snow has melted completely. This has long been considered to symbolize nobility of character and strength, and is particularly meaningful to Nanjing, whose history has been profoundly shaped by stories of resilience during wartime. 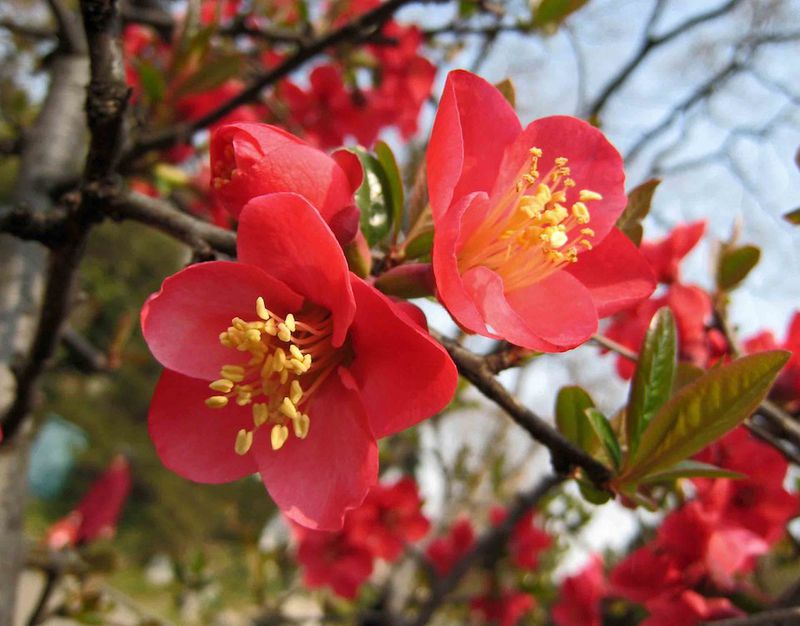 Elegant and gracious, the peony has also been proposed as the national flower of China. Due to the large size of its blossoms and its charming aroma, peony is called the “king of all flowers,” the city of Luoyang in Henan province is the best reputed spot for enjoying them; an ancient proverb declares, “The peony in Luoyang ranks first around China (洛阳牡丹天下无)”.

Legends state that Wu Zetian, China’s only female emperor, once wrote a poem on a winter day announcing that she would visit the imperial garden the next day, and required all flowers to be in bloom by that time: “All flowers shall blossom overnight; not to be blown up by the morning breeze (花须连夜发，莫待晓风吹).” All the flowers, afraid of being punished, did bloom the next day, except for the peony. Consequently, the peony was exiled from the capital, Chang’an (the present-day Xi’an in Shaanxi province), to Luoyang. Surprisingly, though, the flower began to bloom as soon as it arrived in its new home.

Luoyang Peony Cultural Festival, held around the Grain Rain season, is aimed at promote peony culture. Tourists can enjoy peonies and watch lanterns at many gardens around the city. The festival has been enrolled in China’s “intangible cultural heritage list,” and is one of the major annual cultural events of Luoyang.

Here are a few other city flowers from around China: