Exactly 124 years ago on August 11, 1896, tea drinkers in Shanghai’s Xu Garden enjoyed a balmy summer night of entertainment including magic, fireworks, lantern riddles, and what was then advertised as “western shadowplay” (西洋影戏)—a movie, the first ever screened in China.

Although the records of who made the films are lost, an August 10 advertisement in the Shanghai Daily (《申报》) stated it was screened by traveling European showmen. The first film ever created, the Lumière Brothers’ Workers Leaving the Lumière Factory,  had debuted in Paris less than a year earlier in 1895.

In a report in Newspaper of Leisure (《游戏报》), a first-time moviegoer recounted their experience: “There was an electric light shadow-play from the USA, with magical effects beyond anyone’s expectations…When all the viewers had been seated, the lights were turned off. All of a sudden we saw an image of two western women dancing…”

As the visceral and ephemeral power of cinema cast its charms on Shanghai, the city began its decades-long obsession with film, integrating it into a longer legacy of Chinese art and aesthetics. Shanghai cinema was both the product of and a part of the changing economic conditions in the city as well as cultural and political movements sweeping over China.

Production house Mingxing Film Company (明星影片公司), established in 1922, served one of the preeminent firms that defined early Chinese film. As political power became fragmented in the 1920s, Mingxing which was destroyed by Japanese bombing in 1937, enjoyed a short period of relative creative and intellectual pluralism that would not be seen again in the 20th century. 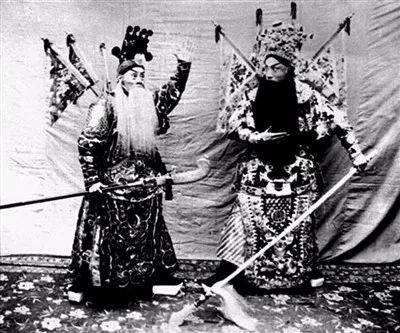 The arrival of cinema turned the Chinese entertainment world upside down.

In Beijing, many early films were screened in opera theaters. Many in the Qing court as well as ordinary people opposed the encroachment of cinema into the physical space of their beloved traditional art form.

Yet film viewership in the capital grew rapidly. Between 1910 and 1920, 11 movie theaters were established, some converted from opera houses.

Nevertheless, the cinema did not disrupt Chinese aesthetics as much as extend it into new realms. Early works reflected the saying championed by 19th century political reformers, “Chinese learning for substance, Western learning for application” (中学为体，西学为用). While Chinese filmmakers learned to operate equipment from overseas, they drew their substance from the rich visual vocabulary of Chinese shadowplay, opera, painting, and poetry.

Visual cues were taken from Chinese poetry, painting, and calligraphy. In Cai Chusheng and Zheng Juli’s The Spring River Flows East 《一江春水向东流》 (1947), the title of the film is derived from a Song dynasty poem by Li Yu (李煜). The beginning of the movie unfolds like a landscape painting, featuring atmospheric views of the Yangtze River and sweeping natural vistas, with the credits rolling like calligraphy. 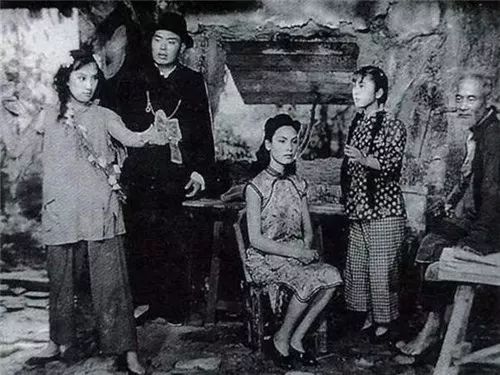 However, in the first few decades of the 20th century, foreign films still dominated the market.

Zhang Shichuan (张石川), considered one of the “fathers of Chinese cinema,” worked at the American-owned Asia Film Company as a young teenager in Shanghai while studying English at night. When two Americans at the company asked Zhang to be their consultant, he recruited the playwright Zheng Zhengqiu (郑正秋) to direct China’s first feature film, The Difficult Couple (《难夫难妻》, 1913). When World War I cut off Chinese access to German film stock, Asia Film Company went out of business. Zhang and Zheng went on to found Mingxing Studio together in 1916, though they did not begin releasing films until 1922.

In 1922, Mingxing Studios opened the first film school in Shanghai, the Mingxing School of Motion Picture Drama on Pu Shi Road. Almost immediately, other studios followed suit. The Zhonghua Film School opened its doors on Aiduoya Road (today’s East Yan’an Road) in 1924 and enrolled over 1,500 students over the years. Courses included screenwriting, directing, acting, cinematography, makeup, and the history of modern Western drama. By 1927, there were 18 film schools across the city.

Zhang Shichuan was the businessman behind Mingxing Film Company 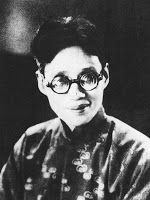 Zheng Zhengqiu was the literary force behind Mingxing Film Company

Social conscience: What is film for?

The earliest generation of Chinese films from 1905 to the early 1930s, produced before the addition of sound, relied heavily on the powers of facial expression and gesture to communicate the story.

This led to movies on universal and easily communicable themes, such as The Difficult Couple, about a pair of bickering lovers. Mingxing and other early production companies also produced a number of wuxia martial arts films, myths, and folk tales. While highly entertaining, they were often (and perhaps necessarily, given the lack of sound) simplistic in plot and theme.

As the cinema became embedded in urban life, and movie stars entered the realm of the social elite, a number of adventurous capitalists started their own film production companies. As the social reach of film grew, intellectuals and artists debated the proper relation between cinema and society.

Film history scholar Yingjin Zhang writes in the Encyclopedia of Chinese Film that the “May Fourth” writer Yu Dafu (郁达夫) criticized “the tendency of some studios to lower the Chinese taste … While all in favor of turning the aristocratic to the plebeian, the metaphysical to the accessible and the dull to the lively,” Yu contended that the plebeian was not vulgarity, the accessible was not monotony and that liveliness was not mere amusement. 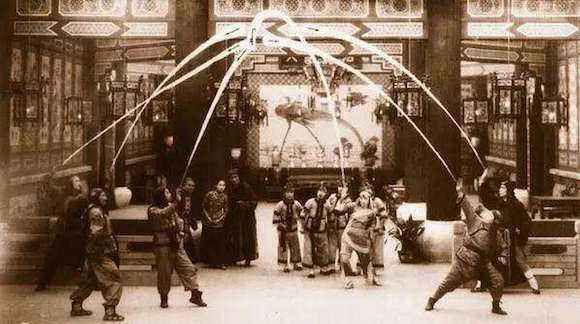 While Yu recognized the democratizing force of film on cultural consumption in 1927, he argued that films should enrich the average viewer on a higher level. Mingxing Studio’s Zhang Shichuan declared, “Film is of vital importance to ethical education and the development of Chinese industry … It can make up for disadvantages in family and academic education. This is an undertaking of great importance for Chinese society.”

It became popular to speak of film as an education in nationalism. Screenwriter Chen Zhiqing urged his colleagues in 1926, “When you hold your pen, bear in mind the national spirit innate in China.”

The idea that films had to be made in service of the new Chinese nation was reflected in the naming of film production companies. Carrying on from the May Fourth intellectual movement, film production companies sported names such as Xinmin (新民, “new people”) and Guoguang (国光, “light of the nation”). The Lianhua Film Studio listed one of its aims as “enlightening the common people’s wisdom” (启发民智).

However, Yingjin Zhang writes that “in reality domestic films at the time rarely lived up to the expectations.” If it wasn’t for the pressures exerted by large political events, it is unclear whether the Chinese film industry would have strayed from cash cows that were reliably profitable and of low artistic value, arguably similar to today’s Hollywood superhero franchises. A cascade of political threats, though, pushed Chinese film in daring directions. 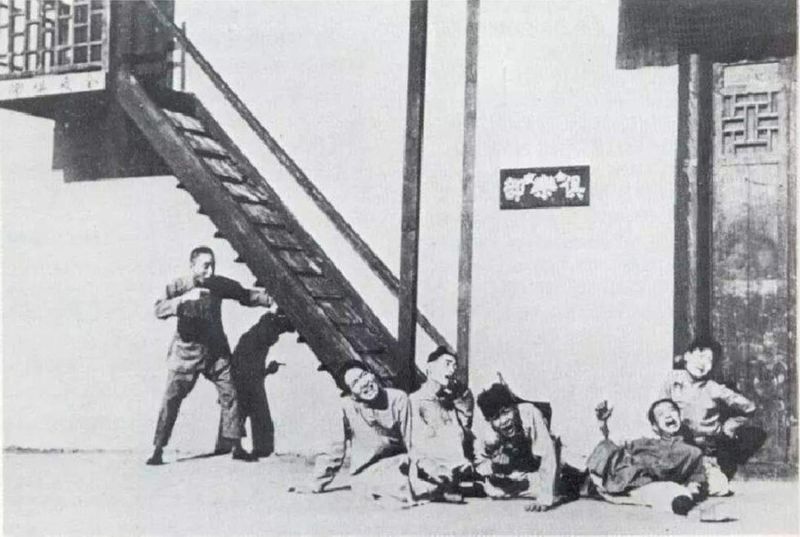 The rise of left-wing cinema

The Kuomintang government established the National Film Censorship Committee in 1931 with the mission of constructing a new national culture.

One of the Committee’s first measures was to censor martial arts films, legends and myths. According to Yingjin Zhang, this “directly challenged the existence” of many film production studios, especially smaller ones, which relied on such films, and they thus began to explore new genres.

The Japanese invasion of Manchuria in 1931 darkened the political mood across China and turned filmmakers toward the themes of injustice and resistance. The next year, Tianyi released Two Orphan Girls from the Northeast (《东北二女子》, 1932), telling the story of two girls fleeing Japanese aggression in their homeland.

Also in 1931, the Chinese Communist Party founded the League of Leftist Performing Artists, in which Communist intellectuals debated how to foster proletarian culture and revolution. Their timing was impeccable, as production companies were searching for new genres and serious stories to tell.

In 1932, Mingxing invited Ah Ying (阿英) and two other left-wing underground writers to join its script department, Lianhua Film Company invited playwright Tian Han (田汉), who later penned the words to what would become today’s Chinese national anthem, to write screenplays; Yihua Film Company hired him as director of the script division. Beginning in 1933, all three major production companies began to churn out leftist storylines, though these writers’ connection to the underground Communist movement was hidden from the Nationalist government. 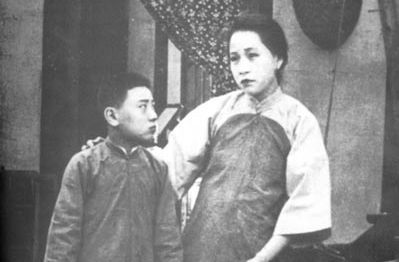 At Mingxing, founder Zhang Shichuan was the “box office” man. When romance (“Mandarin ducks and butterflies”) films were profitable, he produced romance films. When left-wing films became popular, he eagerly hired a team of leftist writers for the script department. When the Nationalist government launched a campaign to suppress the Communists, he made the documentary Report on Suppressing the Bandits. And when Shanghai fell to the Japanese, he began working for a Japanese-controlled studio as head of production, even as they were banned from producing anti-Japanese films and focused on escapist fantasies.

The other founder of Mingxing, Zheng Zhengqiu, was the literary mastermind and social activist. At 21 years old, he began to critique drama from a progressive lens, and passionately wrote for magazines like People Pictorial and Civil Rights Illustrated.

Zheng’s movie scripts almost always featured downtrodden women, children, and working people. His oeuvre in the mid-1920s, surprisingly progressive for their times, included Laborer’s Love (《劳工之爱情》, 1922), Orphan Rescues Grandfather (《孤儿救祖记》, 1923), The Poor Children (《苦儿弱女》, 1924), and Blind Orphan Girl (《盲孤女》, 1925). Zheng declared, “To seek justice on behalf of the weak has always been my philosophy. In my films I have always tried to find a position from which I can speak for the poor.”

In the 1930s, Zheng grew increasingly radicalized. In 1933, he published the article “How to Progress” (《如何走上前进之路》), in which he advocated for “anti-imperialism, anti-capitalism, [and] anti-feudalism.” Unfortunately, Zheng died unexpectedly in 1935 during the height of the left-wing cinema movement.

Even after Mingxing was destroyed by bombing in 1937, resistance through film did not end. After famous actress Hu Die (胡蝶), or “Butterfly Wu,” fled with her husband to Hong Kong, the Japanese offered to produce a propaganda documentary called Hu Die Touring Tokyo, but Hu refused to collaborate. Instead, she accepted the China Film Studio’s offer to star in the film The Road to Nation Building (《建国之路》), which dramatized the anti-Japanese war effort.

The film was never completed, as the Japanese launched an offensive to Guilin while it was shooting. All film equipment was lost, and Hu along with the entire film crew were forced to leave Guilin on foot amidst tens of thousands of refugees. In her memoir, Hu Die called this “the most tragic moment of my life.” 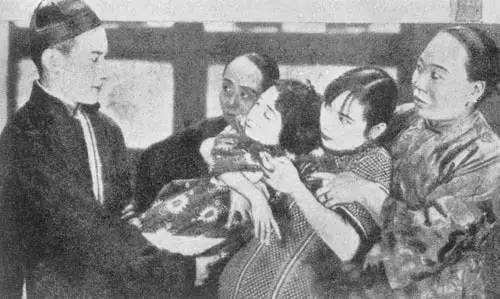 The last century of Chinese history was defined as much by violent struggles for power as ideological struggles to define Chinese nationhood. As political control passed between the Qing dynasty, the Nationalists, the Japanese imperialists and the Communist Party, each movement of filmmakers employed the popular power of cinema to articulate the problems of the day and point the way to the future. The ever-changing political climate provided ample material for social discussion through films, engaging in heavy themes such as class struggle and anti-imperialism.

Yet the feeling of rising in a dark theater remains eerily the same as today: As an early cinemagoer in 1897 described to a local newspaper, “Suddenly the lights came back on, all phenomena vanished … Between Heaven and Earth, things change constantly. Life is a mirage; isn’t it the same as these moving shadows?”