China’s cinematic roster has been crowded with documentaries this year. But whereas mainstream and state media ramped up the “positive energy” with films on the battle against Covid-19 and poverty alleviation, Chinese indie filmmakers trudged deep into communities ranging from Wuhan under lockdown, to a boarding school for orphans on the Tibetan plateau, to a courtroom in the US.

Focusing on subjects such as disadvantaged youths, ethnic minorities, and the Chinese diaspora, this year’s indie documentaries saw a mixed reception in China’s heavily regulated media sphere. Some gained broad circulation in theaters and prestigious premieres at the Pingyao International Film Festival, while others finally saw light of day after years of government reviews. Jiang Nengjie’s Miners, The Horsekeeper, and Pneumoconiosis (which we reviewed in June), was even distributed through social media to circumvent censorship. 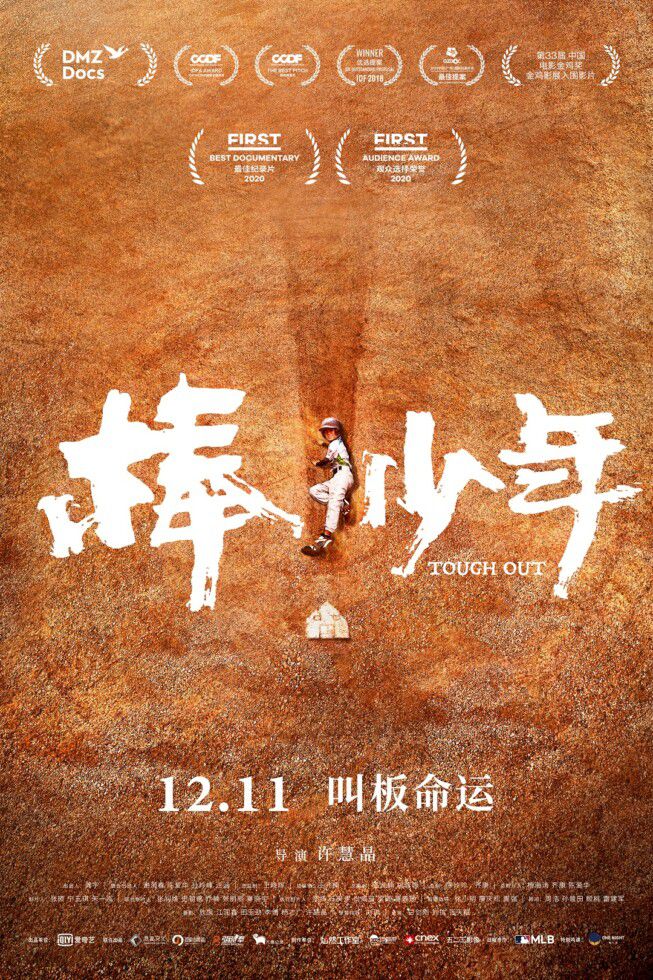 Tough Out tells the story of teenagers from across the country training to represent China at the world Little League tournament in the US, even as their stadium and dormitories on the outskirts of Beijing face demolition. The children, recruited from impoverished areas across the country, struggle to come to terms with their families, their place in society, and the idea of opportunity. The story unfolds in spectacular breadth across the Ningxia and Hebei countryside, the outskirts of Beijing, and New York. After sweeping both the Best Documentary and Audience Award at China’s FIRST International Film Festival, Tough Out was released in cinemas nationwide, garnering an impressive 8.7 on Douban with over 20,000 ratings at time of writing. 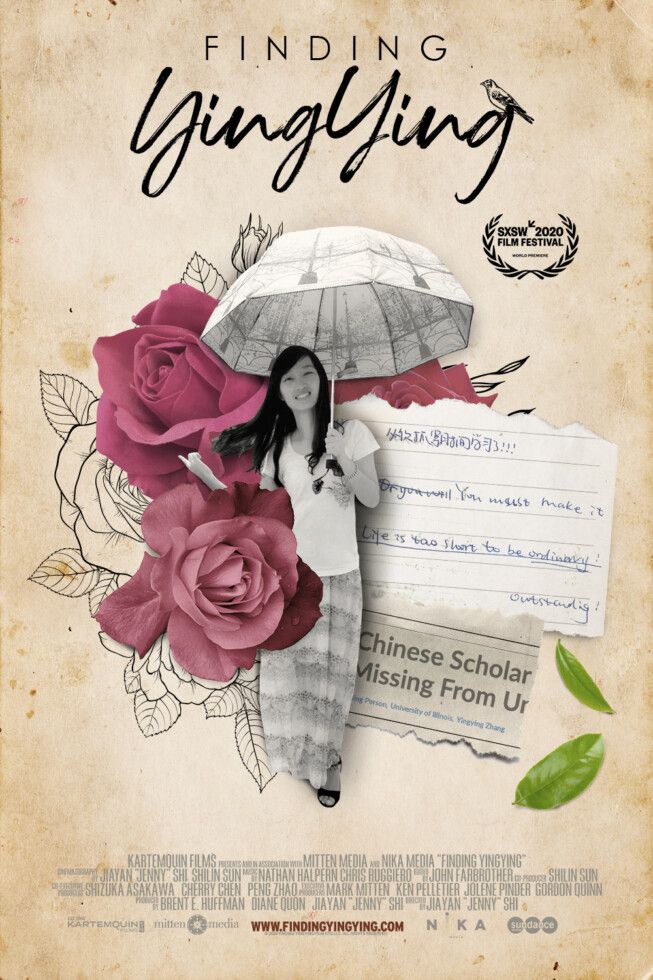 In June 2017, visiting Chinese scholar Zhang Yingying disappeared from the University of Illinois at Urbana-Champaign. Both Chinese and American media followed the case’s grisly twists and turns, which resulted in the charge of former PhD student Brent Christensen with Yingying’s kidnapping and murder. Director Jiayan Jenny Shi finally tells the tale from the gut-wrenching perspective of Yingying, through her personal diary, and her family and boyfriend, who travel from their home in Fujian to search for their loved one. Shi captures the irreparable loss, grief, and rage that reverberates through the lives of all those close to Yingying, building a cinematic bridge between the family’s lives in Fujian and the events in Illinois. 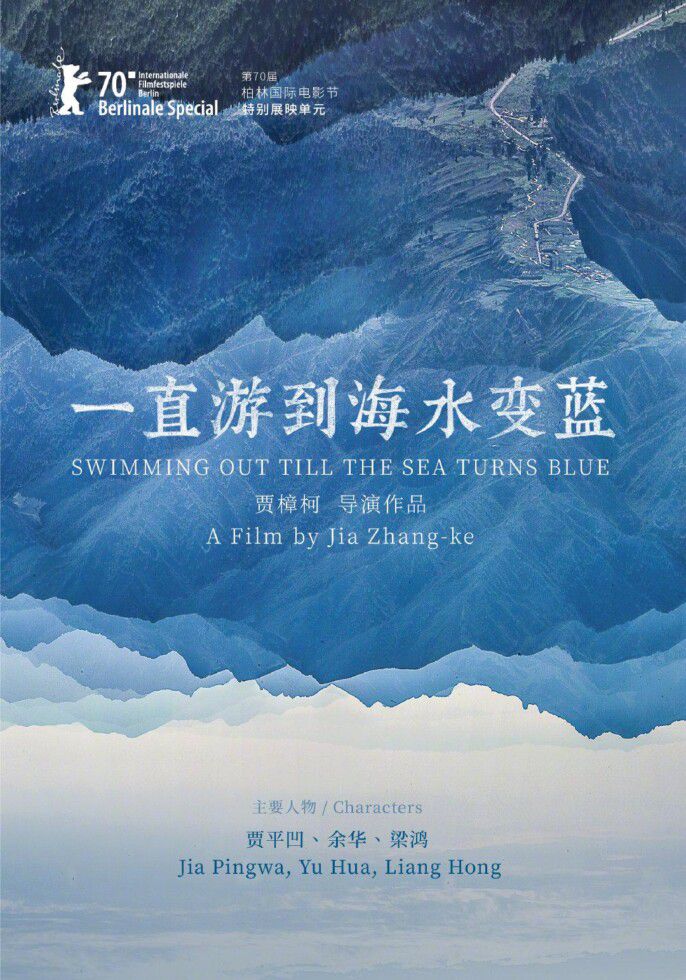 Swimming Out Till the Sea Turns Blue《一直游到海水变蓝》

The star of China’s Sixth Generation filmmakers, Jia Zhangke is back with a slow, meditative documentary that follows renowned writers Jia Pingwa, Yu Hua, and Liang Hong as they attend a local literature festival. Born in the 1950s, 60s, and 70s, the authors reflect on wrestling with a changing China through literature and reality. Unfolding in 18 chapters that some have called “meandering” and “leisurely paced,” or perhaps “intermittently rambling,” footage and recollections of Shanxi past and present provide a cultural and spiritual history of modern China: interrogating the idea of roots and memory, and conjuring a vague sense of loss. 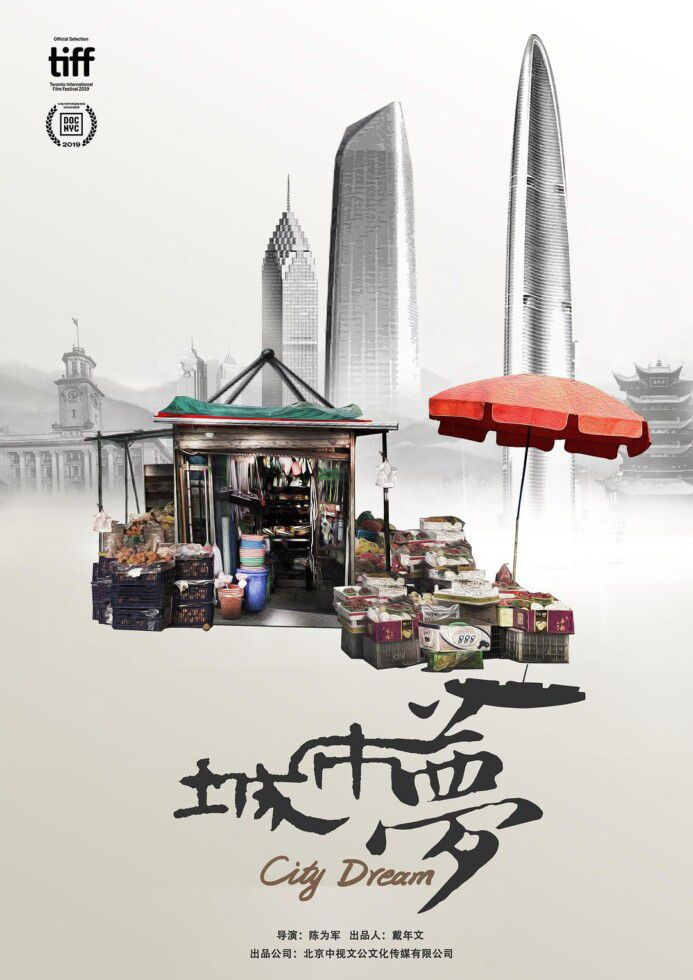 When Wuhan’s urban management bureau tells 70-year-old stroke patient Wang Tiancheng that he has to close his fruit stand so the city can “develop,” Wang fights back with everything he’s got, and the conflict spirals out of control in comic and absurd ways. With a terminally ill wife and disabled son, Wang appeals to the public as well as officials to let him stay in the city until his granddaughter can graduate from middle school. The urban management officers, meanwhile, search for more humane ways to enforce the law. The film upends expectations, showing cruelty and humanity on both sides of the struggle, and ultimately raises questions about who has a right to the city. 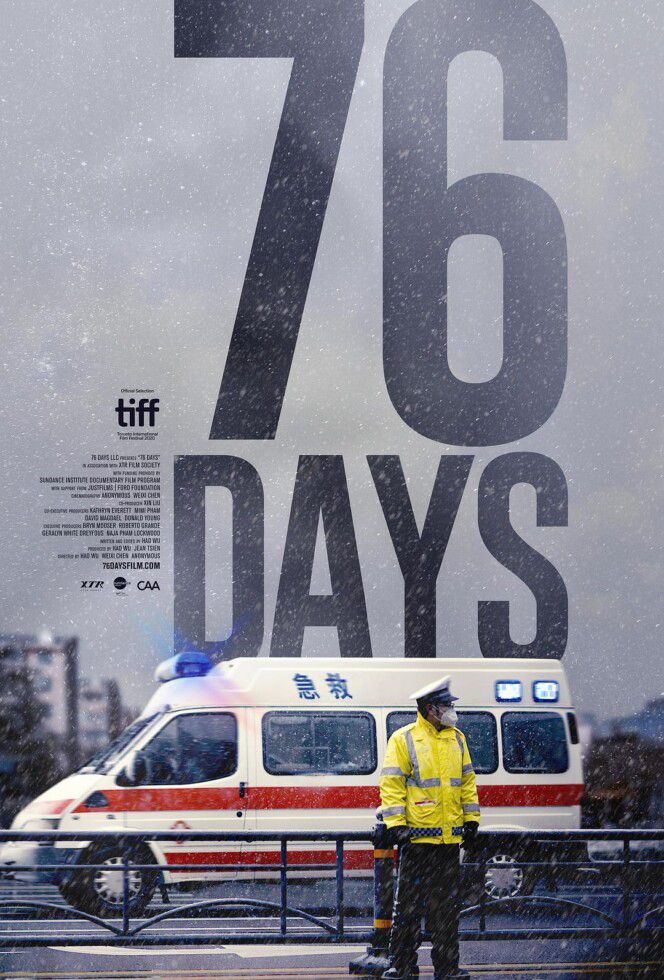 The directors capture the 76-day lockdown of Wuhan from January 23 to April 8, and deliver a raw portrayal of the frontline: patients banging on hospital doors, and medical staff passed out on hospital chairs. The film was a collaboration between three directors, one of whom decided to remain anonymous for fear of reprisal, as shooting came to an abrupt end during a media crackdown in March. Wu Hao took the footage back to the US, where he edited and completed the film. Bucking the trend of Chinese “pandemic hero” films, 76 Days weaves a complex portrait that doesn’t pull its punches, yet is crowned by moments of human kindness. Terror reigns alongside tremendous exhaustion, and at the end of the day, medical staff are shown to be woefully and wonderfully human. 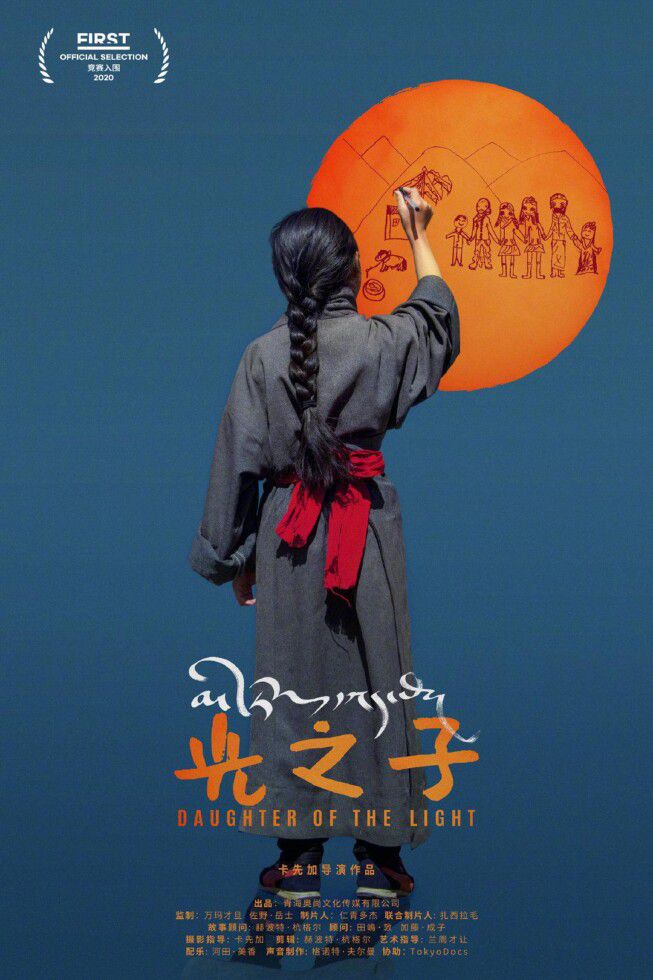 Tibetan filmmaker Khashem Gyal tells the story of 13-year-old Metok Karpo, a sensitive young girl who loves to draw and attends a boarding school for orphans. Her parents are divorced, and Metok grows up between the school and the home of her aging maternal grandparents. Making contact with her father, Metok arranges to visit him on the grasslands were she was born. The young girl’s yearnings are poetically expressed through her drawings, as well as musings to the camera: “Why is it that you can miss someone you’ve never met?” Gyal tenderly and intimately illustrates the changes brought by technology to traditional herding lifestyles, as much as Metok’s gradual loss of innocence. 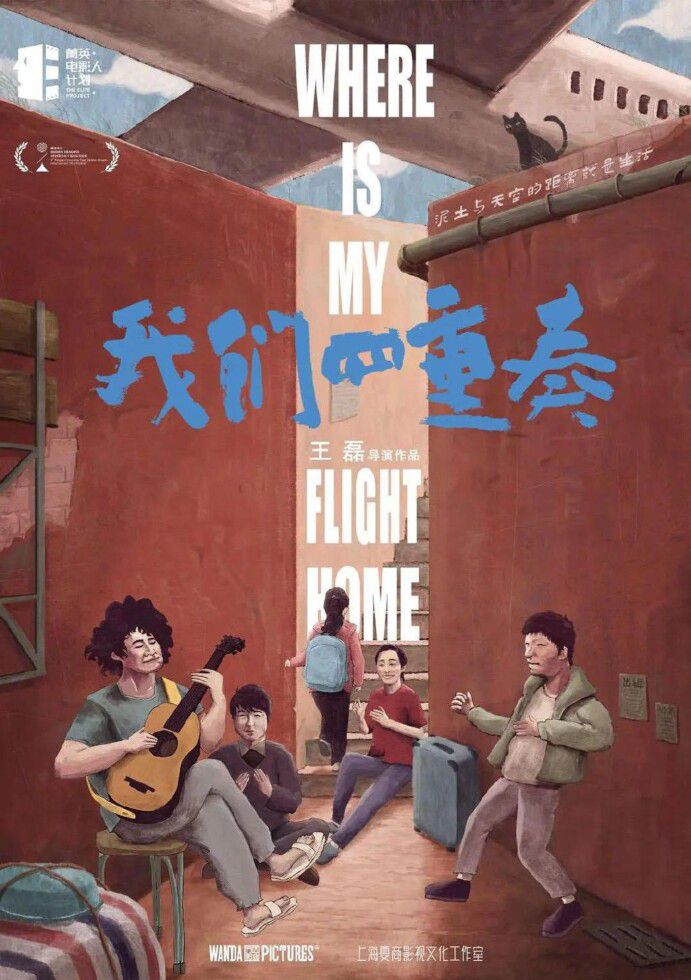 Where Is My Flight Home《我们四重奏》

Director Wang Lei traces the stories of four characters one winter in Picun village, where 20,000 migrant workers live on the outskirts of Beijing’s Fifth Ring Road. There is a young man who falls in love with a Beijing girl, a couple who faces the financial pressures of marriage, and a sixth-grader who must return to her hometown to continue school. Each tale highlights different systemic barriers faced by those who hold rural residential permits (hukou): the inaccessibility of the city’s public education system, as well as a deeper denial of a sense of belonging. The film has a high production value and was the only other Chinese documentary to premiere at the Pingyao International Film Festival in October, besides festival founder Jia Zhangke’s own. 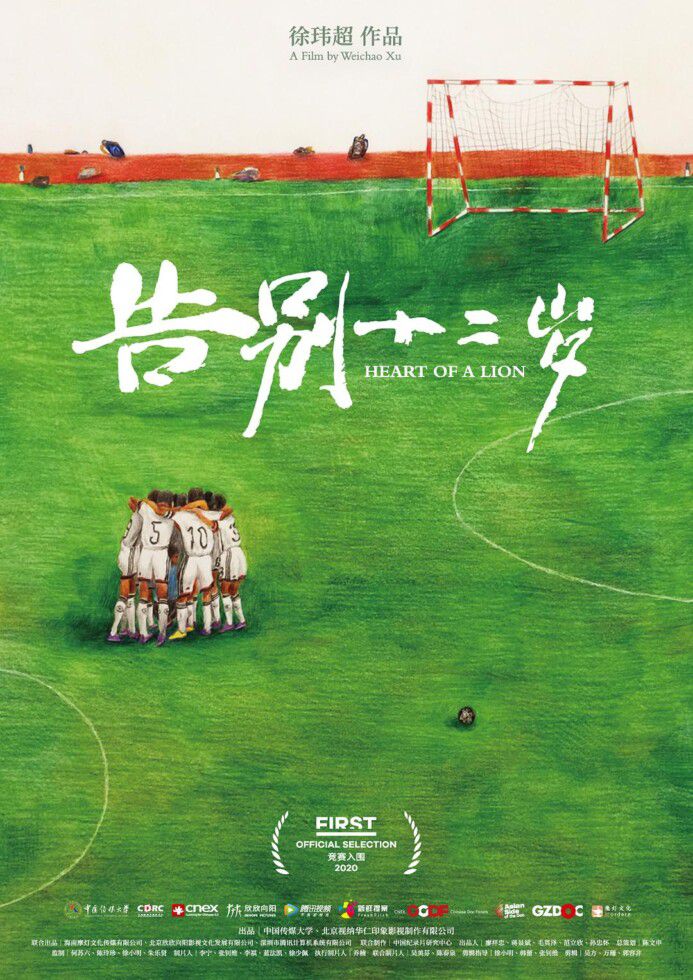 Director Xu Weichao presents a portrait of adolescence through a group of 12-year-old students on a football team. At the cusp of graduating from elementary school, they embark on their last football season, and learn the last lessons of their childhood. After the film premiered at FIRST Film Festival, director Xu reflected, “football may not change their destiny,” and that he merely sought to capture a time and place in the children’s lives. However, Hamjan, one of the protagonists, responded on Douban, “Football may not change my destiny. But it has already changed my destiny.” 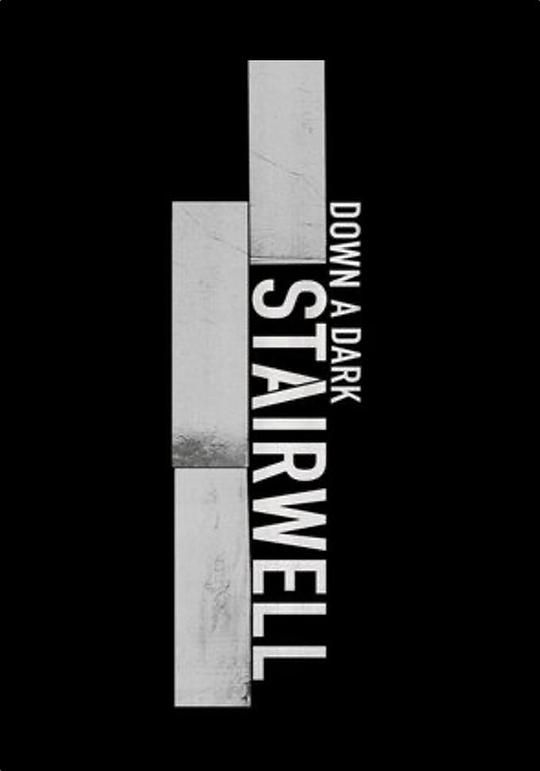 Chinese-American TV journalist and filmmaker Ursula Liang brings same maturity, fairness, and balance to her portrayal of Peter Liang (no relation), a Chinese-American police officer who fatally shot Akai Gurley, an unarmed black man, while patrolling a darkened stairwell in New York City. The film traces the explosive response to the event and ensuing legal battle, in which thousands of Chinese-Americans organized through WeChat and social media marched on the Brooklyn Bridge waving the American flag, appealing to the police to protect Peter. Meanwhile, a multi-ethnic coalition of activists, including other Chinese-Americans, sought justice for Akai’s family, highlighting fault-lines in American racial dynamics. 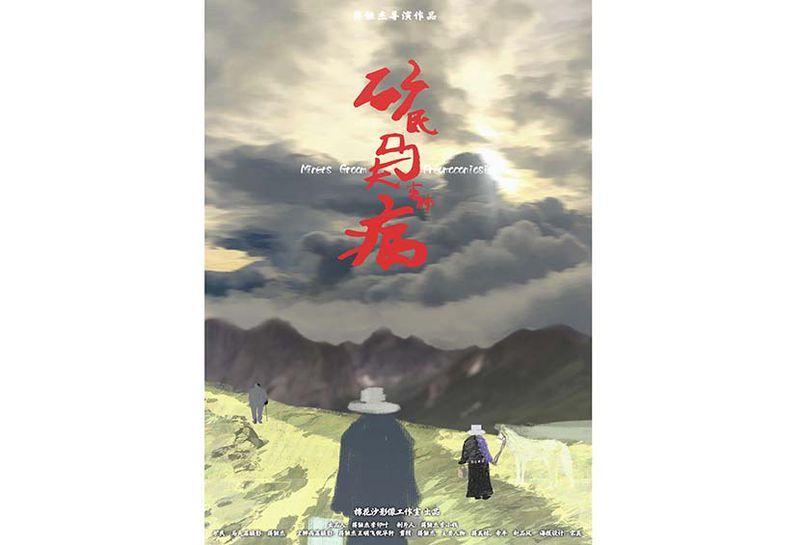 Director Jiang Nengjie weaves together three stories around his hometown in Hunan province, where many relied on illegal mining to survive. While the mines are now closed, villagers now pay the costs in pneumoconiosis (colloquially known as “black lung” disease), China’s number one occupational illness. The story is a personal one: Jiang shoots for years inside his cousin’s mine; follows his own father, the horsekeeper, as he transports the ore under cover of night to the village to avoid authorities; and portrays the story of a man in a neighboring village who struggles to apply for government subsidies when he can no longer work due to his pneumoconiosis. Jiang Nengjie circumvented the state’s approval process for film screenings and distributed his documentary through Baidu Netdisk and social media, gaining his film a cult following.

Which films were your favorites, and which did we miss? Let us know in the comments!