Female directors are increasingly calling the shots in both China and Hollywood. Beijing-born, Los Angeles-based Chloé Zhao recently became the second woman (and first Asian woman) to pick up a Golden Globe award for directing, while China’s Spring Festival box office was dominated by Hi, Mom (2021), a mother-daughter comedy written and directed by comedian Jia Ling.

In 2018, Taiwan’s Rene Liu became the first female director to break 1 billion RMB at the Chinese box office with Us and Them (2018). That year, women directors directed three of China’s ten top-grossing movies. While 30 percent doesn’t seem like a huge proportion, women comprised a measly 4 percent of directors working on the US top 100 films in 2018, according to a report by the Center for the Study of Women in Television and Film at San Diego State University. Hollywood has since made an effort to reach 12 percent women directors of top 100 films in 2019, and 16 percent in 2020.

To celebrate these achievements, TWOC takes a look at female directors of Chinese descent—both established and upcoming—whose films have made domestic and international headlines in the past five years. 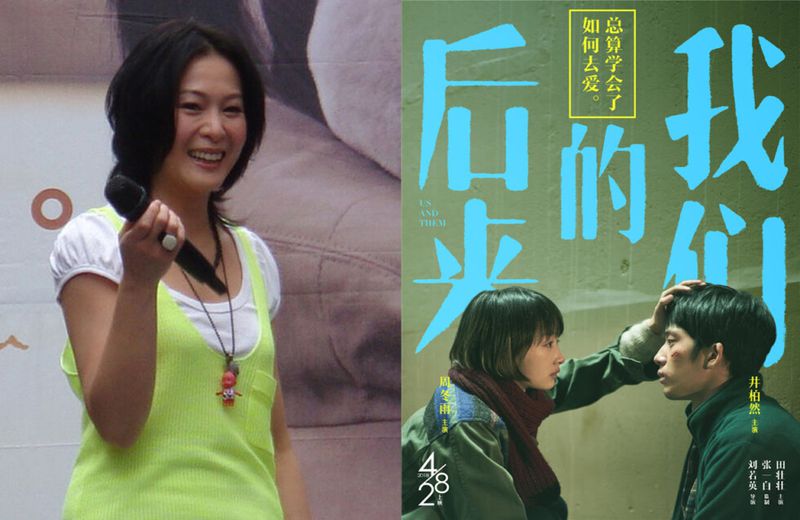 Born 1969 in Taipei, Taiwan, actress and singer-songwriter Rene Liu has been racking up awards since the 1990s for her acting career. She has been crowned “Best Actress” at the Hong Kong Film Awards, Golden Bauhinia Awards, Chinese Film Media Awards, and Hundred Flowers Awards. She is best known for her performances in The Personals (1998), in which she stars as a successful ophthalmologist and career woman, and director Feng Xiaogang’s action drama A World Without Thieves (2004).

With a long career in movies and music, Rene Liu debuted as a director in the 2018 hit Us and Them, a romantic drama of two young people from the same rural hometown who meet on the train home. A tale of migrant labor on top of a love story, the protagonists seek fulfillment in Beijing in face of economic and romantic adversity. The film was acquired by Netflix at Cannes Film Festival, becoming the platform’s first-ever Chinese language original. Shot in China’s far north, Liu recalled shooting in weather of negative 40 degrees Celsius. 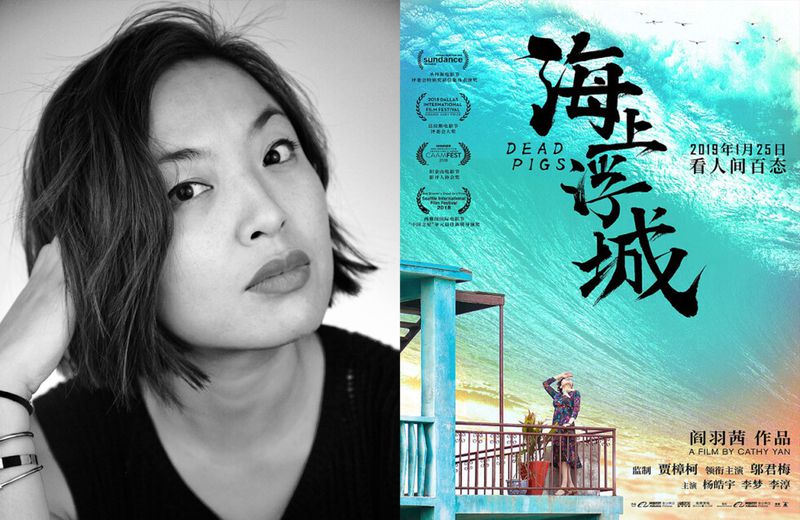 Born 1986 in China and raised in Virginia and Hong Kong, Cathy Yan worked as a reporter for the Los Angeles Times and Wall Street Journal in New York, Hong Kong, and Beijing before going back to school for filmmaking at NYU.

Her feature debut Dead Pigs (2018), executive produced by Jia Zhangke, is a dark comedy based on a 2013 pollution scandal, in which 16,000 pig carcasses were found floating down the Huangpu River. Premiering at Sundance Film Festival, Rotten Tomatoes’ critics consensus calls it “a sharp critical and satirical eye toward late-stage capitalism in China and the world beyond, establishing writer-director Cathy Yan as a filmmaker to watch.”

Due to the success of Dead Pigs Yan was tapped to direct the DC superhero film Birds of Prey (2020), becoming the first Asian woman to direct a US superhero film. She is now working on a film produced by Chinese-American comedian Ali Wong.

Born 1972 in Jilin province, Yang Lina was a dancer for ten years before studying acting, then turned to filmmaking. Her early documentaries include Old Men (1999), which paints a portrait of elderly men in Beijing, and The Love Life of Lao An (2008), about a 90-year-old ballroom dancer who falls for his younger dance partner despite both of them being married. Yang was also a lead actor in Jia Zhangke’s Platform (2000).

Turning to feature films only in the last decade, Yang’s second feature Spring Tide (2019) tells the inter-generational story of a journalist and single mother, her own mother, and her 8-year-old daughter. The film is a dark and cutting portrait into mother-daughter relationships, with three generations of women representing three generations of China. The film won Best Cinematography at the 2019 Shanghai International Film Festival—read TWOC’s review of it here. 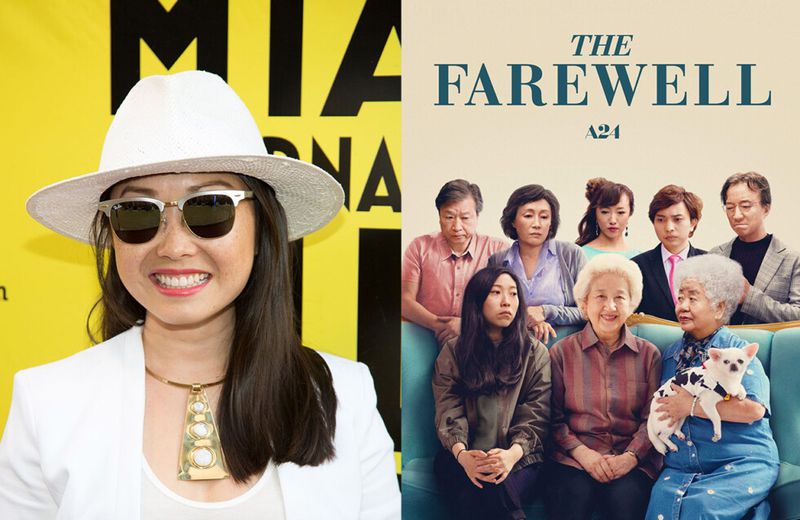 In 2016, Wang wrote and narrated the story, “What You Don’t Know,” for radio program This American Life. Producer Chris Weitz approached Wang about developing the story into a semi-autobiographical feature film, which became The Farewell (2019). Starring an Asian American cast of Awkwafina and Tzi Ma, the story features a Chinese millennial in New York who returns to Changchun to visit her terminally ill grandmother, though the entire family hides the grandmother’s prognosis from her. The film premiered at the Sundance Film Festival. Wang has since been named by Variety magazine as one of “Ten Directors to Watch.” Read TWOC’s review of the film, here. Born in 1982 in Beijing, filmmaker Chloé Zhao called herself “a rebellious teen, lazy at school” who was interested in drawing manga and writing fanfiction. At the age of 15, her parents sent her to boarding school in the UK, after which she attended university and film school in the US.

Many of her films chronicle the American West, which Zhao compares to Inner Mongolia, a place she frequented on childhood trips. Both places are charged with the mythos of freedom, full of wide expanses and rugged landscapes. Her first feature, Songs My Brothers Taught Me (2015), was shot on a Lakota Sioux reservation. Her second feature, The Rider (2017), chronicles the story of a young rodeo star, and premiered at Cannes Film Festival, earning nominations at the 33rd Independent Spirit Awards. Zhao’s most recent feature, Nomadland (2020), about Americans who live out of their RVs and take up seasonal labor, won Zhao the Golden Globe for best director. 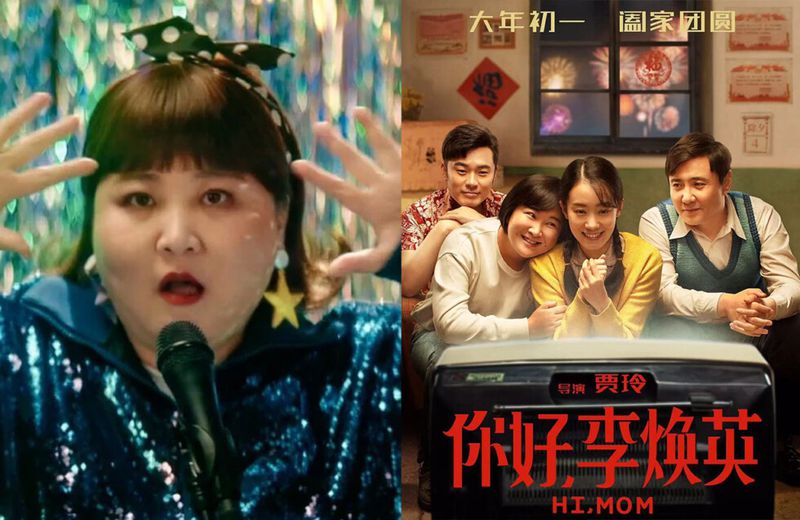 Born 1982 in Xiangyang, Hubei province, Jia Ling studied traditional xiangsheng (相声, “crosstalk”) performance at the Central Academy of Drama and rose to fame through her comedy skit in the 2010 CCTV New Year’s Gala. In 2020, Jia was named in Forbes China Celebrity 100 list.

In 2016, Jia and her team performed a sketch in a TV comedy competition that would later become Hi, Mom (2021). Dedicated to and inspired by her mother, who passed away suddenly when Jia was in college, the film is directed and written by Jia, who also stars in it as a fictionalized version of herself. A sudden accident sends Jia back in time to meet her mother when she was young, giving Jia a chance to befriend her mother and make things up to her. Reaching 5 billion RMB at the box office this week, the “laugh and then cry your eyes out” comedy-drama is the fourth highest grossing film in Chinese film history—and the highest ever box office for a female director.