China has a massive trash problem: Last year, headlines exploded with the news that Jiangcungou in Shaanxi province, a landfill as large as 100 football fields that was built to last until 2044, has already filled up—25 years ahead of schedule.

To deal with the over 200 million tons of trash its citizens are producing each year, the government has turned to incineration, with 428 waste incineration plants in operation nationwide and 216 more to come as of April 2019. This solution, though, also triggered some of the biggest public demonstrations the country has seen in the last 20 years: In 2009, thousands of protesters blockaded an urban management bureau in Guangzhou following media reports that a waste incineration plant had caused a 20-fold increase in local cancer rates.

The Wuhu Ecological Center (WEC) is a non-governmental organization based in Wuhu, Anhui province. Since it was established in 2009, it has campaigned for greater transparency from businesses, waste management plants, and the government on pollution discharge. Its executive officer Zhang Jingning speaks to TWOC about how the NGO continues its advocacy in the face of apathy from local authorities and resistance—and sometimes violence—from polluting businesses.

How did you come to care about environmental protection?

I feel a sense of mission toward my work, but I don’t know where it comes from. Maybe it comes from my father, who is a village doctor. He likes to say he heals people. I heal the Earth.

Once you are in the middle of a job, there is more direct motivation. Once, we saw trucks on a provincial highway stopping to dump animal feces and dead poultry directly off of a bridge and into the river. When you see people recklessly creating pollution in front of you, it’s deeply unsettling. 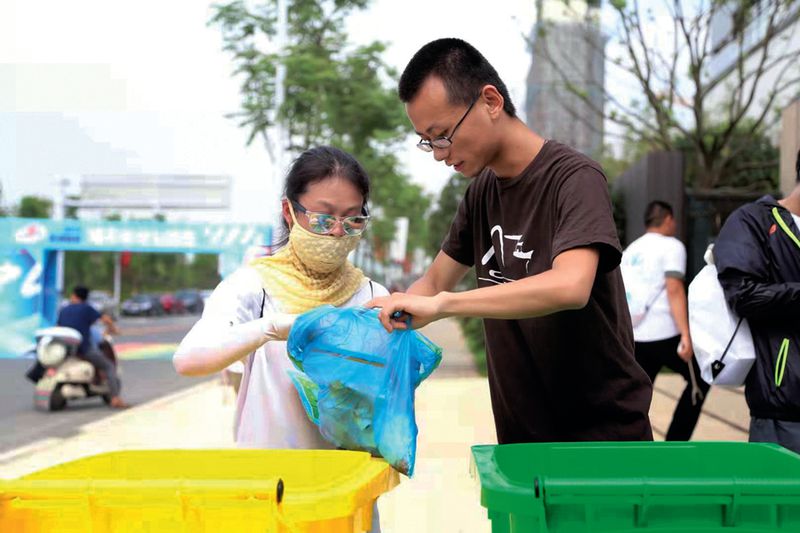 How do you try to incite change?

We want to encourage the clean operation of waste incineration plants by means of data transparency. As mass incineration becomes a trend, the government may overlook the environmental impact. Transparency is the basis of public participation. We don’t know when that day will come, but our mission is to make it happen sooner.

It is difficult to claim credit for inciting change. We can only continue to write proposals, suggestions, and briefings. Sometimes we receive exciting feedback, such as at the “Two Sessions” [annual political congress in Beijing], when a representative answered journalists’ questions using phrases from one of our reports: “Information transparency is the warning light and alarm bell of the environment.” Political actors are drawing from our work.

What is the government’s attitude toward waste incineration?

The government’s introduction of the pollution permit system in 2013 marked a new beginning, essentially shifting the responsibility of monitoring from the government to businesses and society at large.

There are primarily two government departments involved: The Ministry of Housing and Urban-Rural Development (MOHURD) is in charge of where the waste goes. They now think that waste incineration plants are a convenient way to burn everything, a simple and crude approach.

The Ministry of Energy and Environment (MEE) is responsible for environmental monitoring, but city or county-level branches have insufficient ability to handle these issues, or simply lack conscientiousness. The MEE builds platforms, such as the pollution permit platform, or national pollution data platform, but these have many holes. The Environmental Protection Law clearly states that key polluting companies must disclose discharge data, but the law does not specify which channels to use. The law also stipulates that the data should be open to the public, but again, it is vague. When a business reports unusual discharge, that report is often not accessible to the public.

Generally, the attitude of government toward waste management is: Your job is to wipe my ass. Wipe it clean, and that’s enough.

How have businesses and government officials responded to your advocacy?

The center has two main roles. One is policy advocacy, which pushes for the introduction or revision of policies issued by the authorities. The other part is identifying problems one by one and patching them up. One is top-down, the other is bottom-up.

We raise issues that I’m sure the MEE is aware of, but whether or not they see it as a problem is another matter. We wrote cases for the Two Sessions and got in touch with representatives to bring them up, and the government responded to the tone of, “Thank you, the problem you pointed out exists and your description of the problem is accurate. We have an environmental governance plan, which should be implemented soon.” It was a stock response; I don’t think we actually convinced them.

Businesses have a similar attitude. For example, if we call and ask them why they didn’t publish a certain indicator, they will put it online for Quarter One. But come Quarter Two, the indicator will be missing again. Two-thirds of waste incineration plants in China are equipped with world-class equipment, but these facilities are poorly managed and still create pollution.

Neither government nor business has strong initiative. But this is also the value of an environmental protection organization: to make noise, to advocate for improvement, to act as a social observer and watchdog. 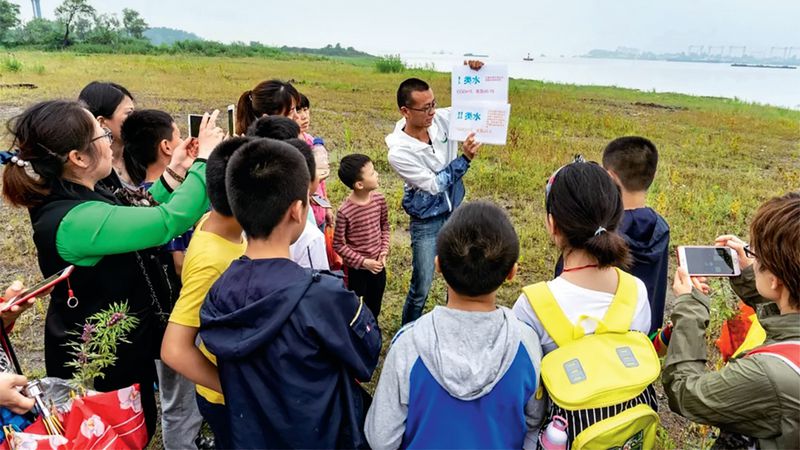 What happens when you expose illegal activities?

When it comes to environmental supervision, the attitude of companies is to “Close the door and beat the dog”; in other words, to use violence to prevent you from monitoring them. We usually cannot go into factories, so we simply observe quietly from the outside. When we are discovered, we are sometimes threatened.

Another difficulty is securing evidence. We take a photo to prove pollution discharge, but a photo may not be enough; you need to monitor data. We can take samples, but our samples are not legally recognized by the government, because we are not an environmental law enforcement or official monitoring agency. Another example is stench—I can say that I smell it, but I have no way to prove that. You need an odor sniffer with special qualifications.

The most damned difficult thing to obtain is evidence for toxic discharge at night, because it’s too dark for photographs. In 2016, we discovered trucks from a waste incineration plant dumping fly ash [classified as a hazardous waste] in an empty field at night. We followed the activity, uncovered it, and even ignited public outrage at the issue. However, the company did not take responsibility in the end, because we did not have a clear and complete video of the dumping.

Later, when I went to survey the pollution with my colleague, I was shocked to see that the discharge covered an area of several hundred thousand square meters, just two kilometers from the Yangtze River. Returning from that scene, my heart was incredibly heavy.

What are your hopes for the future of the center?

It is difficult for people working in public welfare to have a sense of accomplishment. But as long as we can keep food on the table with our basic salaries, we will stick to the work. The Wuhu Ecological Center has persisted for over ten years. This in itself has not been easy.

Burning Issue is a story from our issue, “Disaster Warning.” To read the entire issue, become a subscriber and receive the full magazine. Alternatively, you can purchase the digital version from the App Store.

Jiacheng Li is a contributing writer at The World of Chinese. He has been interested in environmental issues since elementary school, when he volunteered with environmental protection initiatives. After graduating with a master’s degree in sociology, he joined a grassroots NGO in China as a researcher, where he now focuses on waste management topics. You can read his articles on the account “No Incinerators (天下无焚)” on WeChat.