In the new film My People, My Homeland, young student Ma Liang (Shen Teng) gives up the opportunity to study at the prestigious Repin Academy of Fine Arts in Russia, and instead returns to his home village and devotes himself to developing rural tourism in the impoverished area.

Released during the National Holiday, My Homeland had made 2.51 billion RMB at the box office as of October 21 according to Douban, a film review platform. A sequel to last year’s patriotic blockbuster My People, My Country, this year’s film has struck a chord with viewers for its themes of longing for one’s hometown, a feeling known as xiangchou (乡愁).

Specifically, xiangchou refers to missing and feeling nostalgia for the countryside, a growing trend among young Chinese facing the daily rat race of life in the cities. In 2014, Xi Jinping used the phrase in a speech when remembering his years working in Fujian province: “Happiness is important in a community; one should remember to be nostalgic for the countryside.”

The concept of xiangchou should be seen as a kind of ideological propagation, with state media producing documentaries and music videos in the CCTV annual Spring Festival Gala highlighting “authentic”—and often anachronistic—qualities of traditional Chinese villages, explained Linda Qian, a University of Oxford researcher focusing on rural nostalgia. “Media is a good way in propagating xiangchou; similar programs like A Bite of China has also been echoed and gained success among the Chinese,” Qian told TWOC. 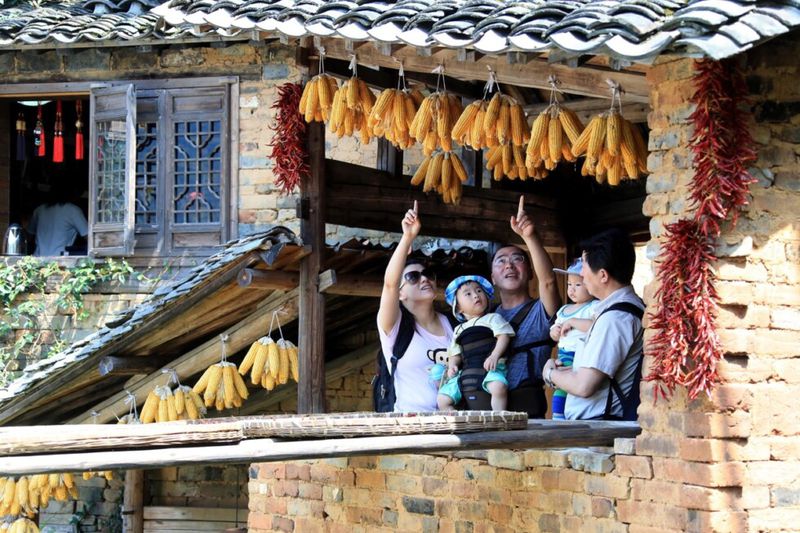 Xiangchou-themed tourism presents ‘authentic’ farming lifhttps://www.sohu.com/a/425596115_366817estyles for urban visitors, even if the practices are dying out in the village (VCG)

These themes have now been carried out at the grassroots level, as video bloggers documenting an idyllic (though idealized) countryside life online have gained huge followings online. Li Ziqi, a vlogger who left her job in the city to return to her home village in Sichuan province, is famous for her videos in which the 30-year-old harvests crops, picks mushrooms in misty forests, and makes handicrafts using traditional methods. Li has even gained popularity overseas, with over 10 million subscribers on YouTube.

Increasing numbers of young Chinese are choosing to follow in Li’s footsteps and leave the hectic life in the city to move to the countryside. Fujian native Zeng Xianfu left his job as a programmer in Beijing to return to his hometown, Changting, and help develop ecologically sustainable agriculture there. “I really want to do something for my hometown with my knowledge; Changting…has always lived in my heart,” said Zeng, now a researcher for the University of International Business and Economics.

Zeng has 119 hectares of farmland and grows tea, passion fruit, and Taiwan black rice, and runs guesthouses for tourists also eager to experience farming life. Zeng managed to sell 150,000 kilograms of produce in 2019, though this is far lower than he hoped: “It’s normal to face obstacles in the early stages, but it will…make a profit if I continue.”

Ou Jiangqu, a former director and producer for Hunan Satellite TV, quit his job earning several hundred thousand RMB a year to relocate to the rural Chengbu Miao Autonomous County and develop livestreaming platforms there to help the villagers sell their products and escape poverty.

Ou struggled to convince livestreamers to join her at first, and even resorted to using local officials in the videos for a time. But eventually Ou launched a collaboration with Weiya, a well-known livestreamer with 30 million followers on Taobao, to get involved and sold tens of millions of RMB’s worth of local products including bamboo shoots, sweet potato, and tea.

Since 2013, President Xi has also called a balance of development between cities and nature, and between “humans and mountains and rivers.” No longer emphasizing an export-oriented industry, the government has turned to nostalgia to make rural development palatable to urban-based policymakers and investors—including many who are not originally from the region, but are encouraged to set up eco-businesses, guesthouses, and other “characteristic” enterprises in the village, often to related to an attractive theme. 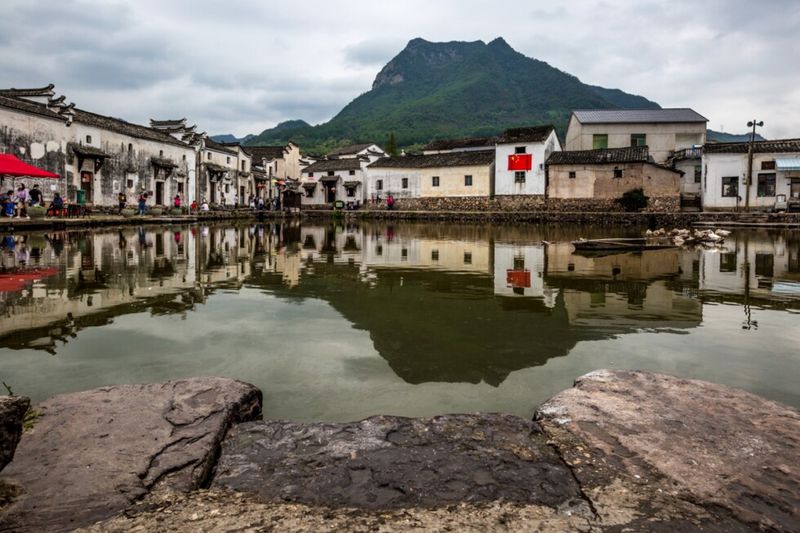 But calling up nostalgia isn’t always a success. According to Qian’s field research in the village of Heyang in Zhejiang province, the economy of nostalgia has failed to truly serve the original residents of the village, whose “ancient dwellings,” or guminju, were identified as the theme of the village’s development. However, the process of protecting and monetizing Heyang’s heritage has been fraught with issues of land rights and bureaucratic accountability: A “management committee” has been endowed with a 50-year lease on all village infrastructure, but failed to turn a profit due to poor management.

In My People, My Homeland, Ma helps to make and market landscape paintings of his village, and uses them to attract tourists. His efforts eventually pay off, and the formerly impoverished villagers prosper.

Asked why he decided to give up his dream of studying abroad, Ma explains: “I grew up in this village which nurtured me; I can’t leave it only in my heart.” Yet how to bring xiangchou “out” of the heart is a challenge for urbanized Chinese in reality. The raising ceremony of the Gejia