Sugar-making in Longyan, Fujian province, is the sweetest job in town

In the era of UNESCO and social media, every town and hamlet in China is scrambling to revive traditional handicrafts to claim as their “intangible cultural heritage.” But the villages of Zhuotian town in Longyan, Fujian province, have everyone beat with the sweetest tradition of all—the ancient method of making brown sugar with freshly cut sugarcane, a roaring fire, and lots of taste tests.

Sugarcanes have been grown in China since at least the Warring States period (475 – 221 BCE). In the Tang dynasty (618 – 907), Buddhist pilgrims brought back high-yielding sugarcane from India, as well as a method for mass-producing sugar that remains nearly unchanged today. The cane juice is squeezed out using a mill (now electrical, instead of ox-powered), strained, left to ferment, then boiled in a large pot for the liquid to evaporate. The sticky syrup is then transferred into a barrel and stirred with a metal rod until it starts to congeal. It is then poured in a mold and, once solid, cut into blocks for transport. In Zhuotian, sugar has been made this way locally since the start of the Ming dynasty (1368 – 1644).

Throughout November, the season of sugarcane harvest in the Zhuotian riverplains, the fires are never allowed to burn out in the dozen or so family-run sugar shacks in the area, as the temperature needs to be consistent for the whole month so that the juice will not overcook.

Sugar-making is sweaty work, as the workers need to transfer pots of boiling juice between different vessels and continue stirring the syrup with an even pressure as it solidifies, all before a sweltering blaze—but the chance to sneak a mouthful of delicious cane juice in between shifts, or treat eager children at the door to a taste of the syrup, make the rewards of this job undoubtedly sweet. 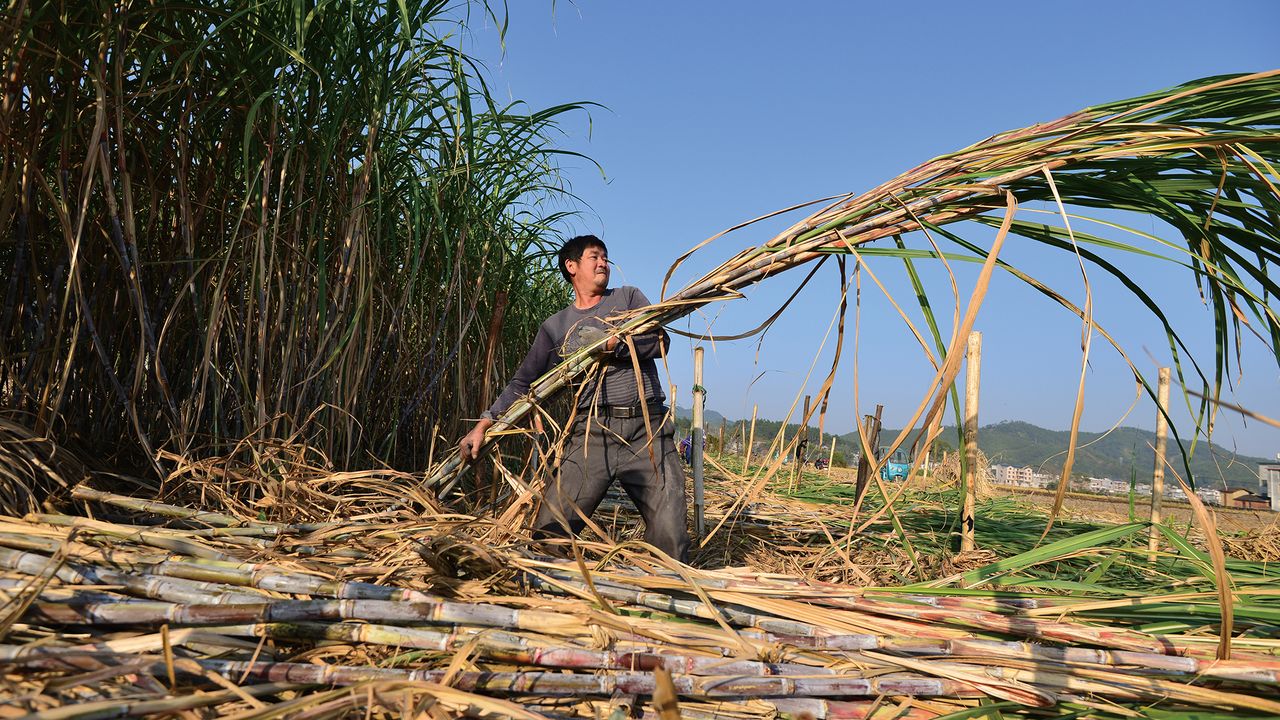 The sugarcane harvest begins every November 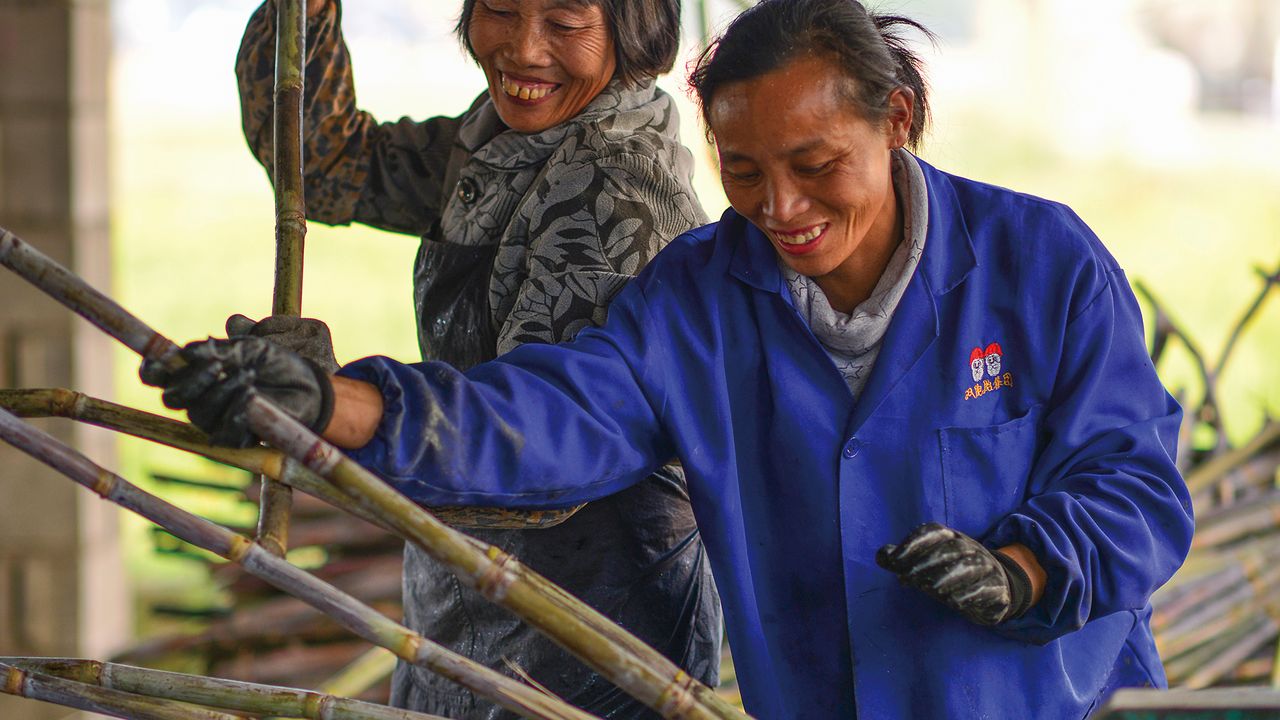 Cane juice used to be pressed by a mill powered by oxen, but now a machine does the job 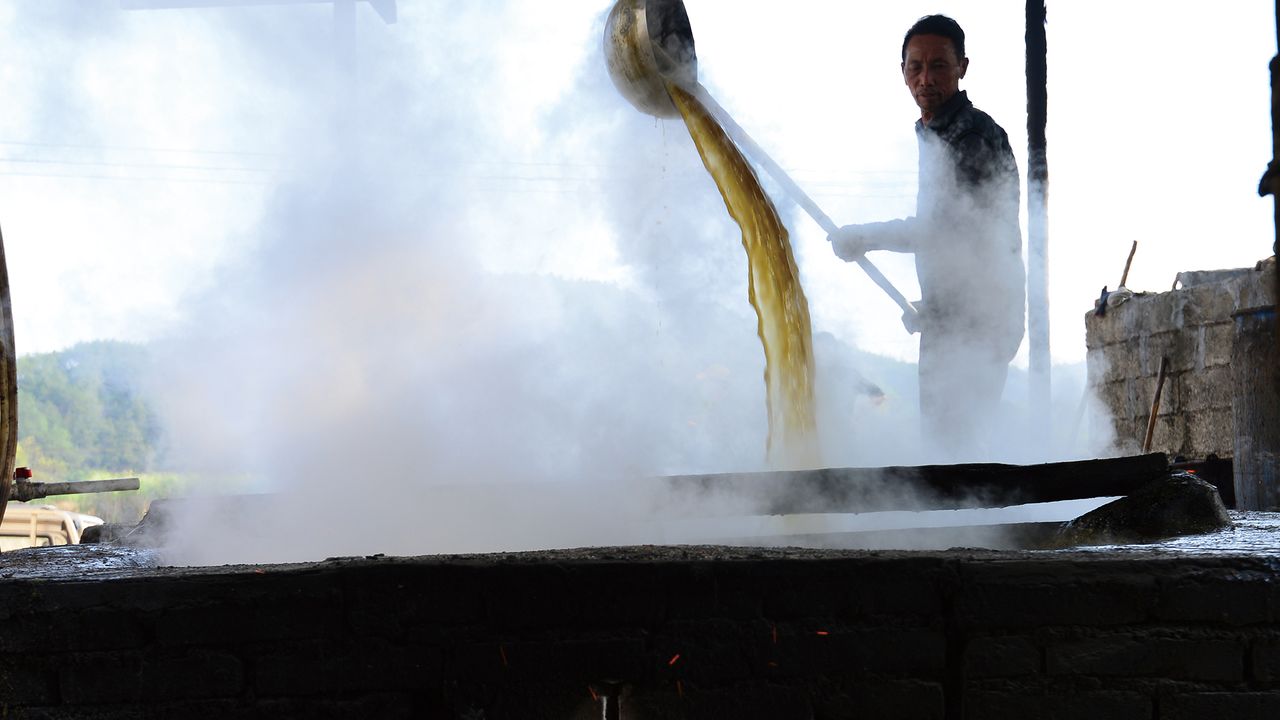 Once the juice evaporates, the remaining syrup is poured into a mold to harden 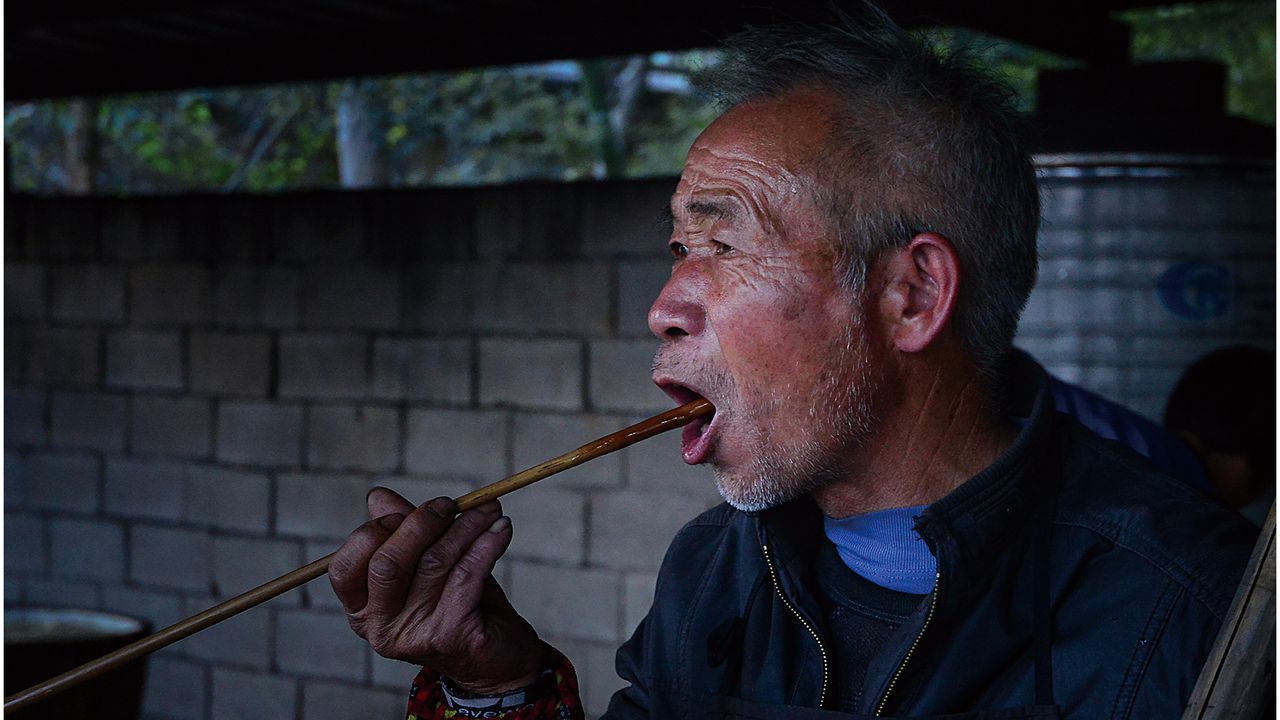 As the syrup boils, workers must periodically sample it for the taste 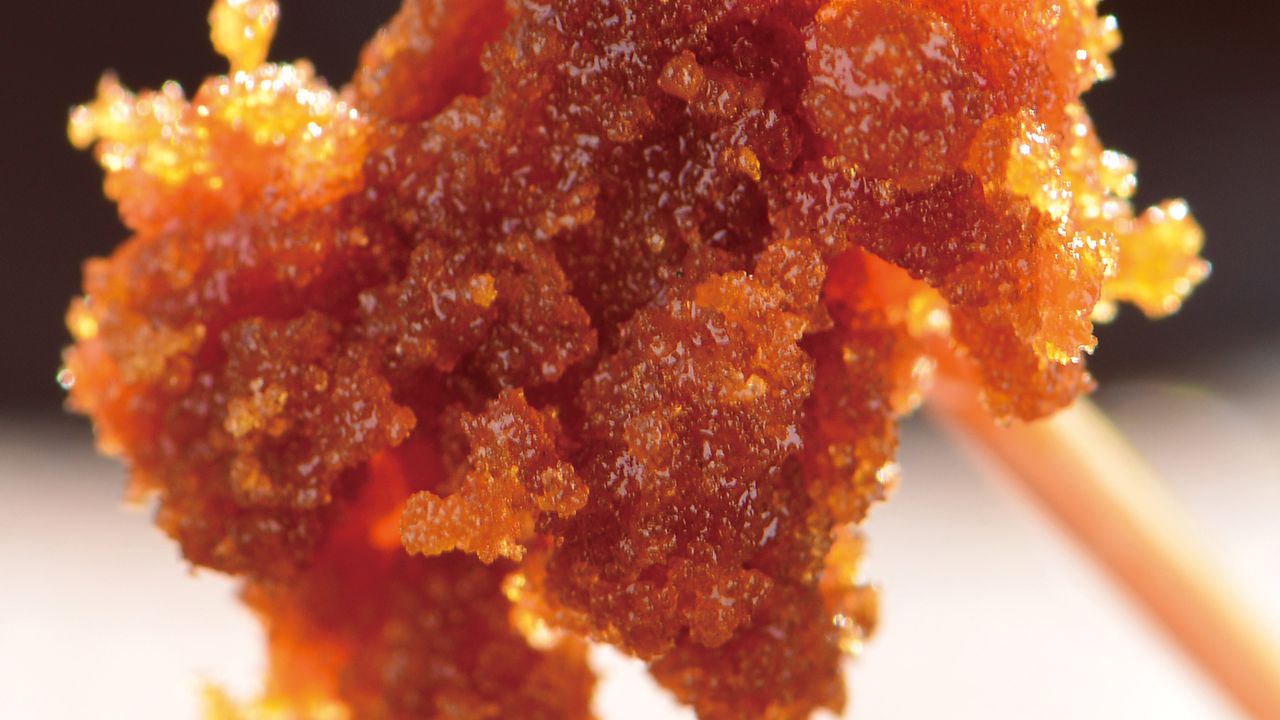 The hardened brown sugar looks solid on the surface, but feels smooth and fine when scooped up

Gimme Sugar: Fujian’s Ancient Sugar-Making Traditions Live On is a story from our issue, “Access Wanted.” To read the entire issue, become a subscriber and receive the full magazine. Alternatively, you can purchase the digital version from the App Store.