“The first and second ‘nine’ you freeze your hands; the third and fourth ‘nine’ you walk on ice,” goes an Beijing folk rhyme. According to a Chinese tradition, the period between the Winter Solstice and the start of spring can be divided into nine periods of nine days (九九 jiǔjiǔ) corresponding to different weather conditions, with different regions of China having a corresponding rhyme to describe them—and Beijing’s version seemingly reflects the city’s love of playing on ice.

It’s a love that goes back centuries: Back when Beijing was the capital of the Qing dynasty (1616 – 1911), the Manchu rulers held ice festivals known as 冰嬉 (bīngxī, literally “ice play”) on the city’s frozen lakes, with performances, parades, and competitions between the 八旗 (bāqí, Eight Banners) of the Manchu army. In the 1920s and 30s, it was fashionable among the city’s rich and elite to skate on the frozen lake at the old imperial garden of Beihai in winter, dressed to the nines.

In 1950, the city of Beijing began to dredge the lakes that made up the imperial gardens at Shichahai (Qianhai, Houhai, and Xihai), opening the following year as a public swimming ground, and in winter, an ice rink. This was followed by a construction frenzy that saw parks like Beihai, Zhongshan, and the Summer Palace opened as outdoor public rinks.

Since that time, ice-skating has been a treasured pastime for Beijing residents, with the Shichahai rink welcoming 78,000 visits in 1953 according to China Pictorial magazine. In January of 1953, Shichahai also hosted the North China Ice Games, with the winners in hockey, speed skating, and figure skating selected to represent North China in the First National Ice Games in February.

But the most eye-catching “sport” on Beijing’s frozen lakes in winter, especially to first-time visitors to China, is the “ice cart (冰车 bīngchē)”: a contraption that looks like one or more chairs mounted on blades, which the rider propels forward with poles on each side. It is not clear where bingche originated, or when, but there are claims of it being both a unique Beijing invention or a folk contraption of northeastern China, modified from sleds on snow. Outdoor rinks at Beijing offer them for rental, at varying levels of newness, along with other contraptions like “ice bikes” (bingche-like rides that one can propel forward by pedaling).

These forms of icy fun may not be as refined as the swank new ski resorts opening around China, and it’s unclear whether they count toward China’s goal of getting 300 million citizens involved in winter sports ahead of the 2022 Winter Olympics in Beijing. But judging from these photos below, taken from various Beijing parks from the 1950s to the modern day, it doesn’t seem like these ice enthusiasts really care. 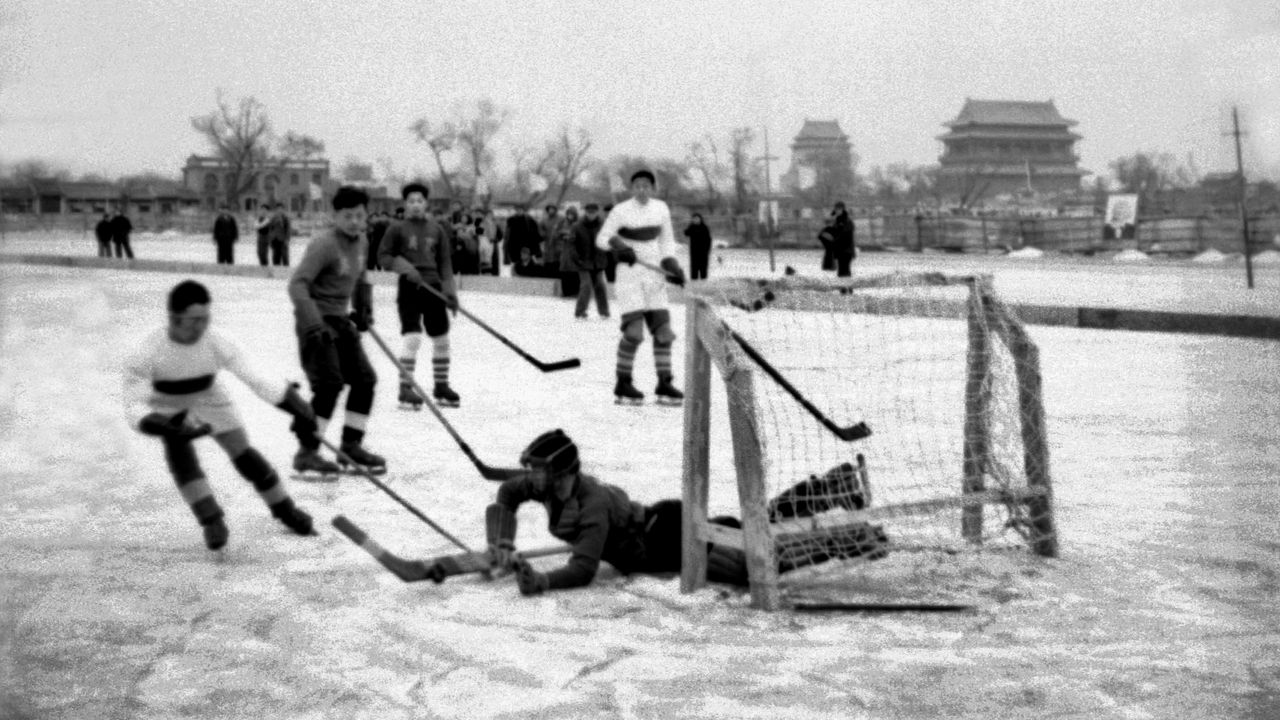 Teens play in a hockey match at Shichahai, 1952 (China Pictorial) 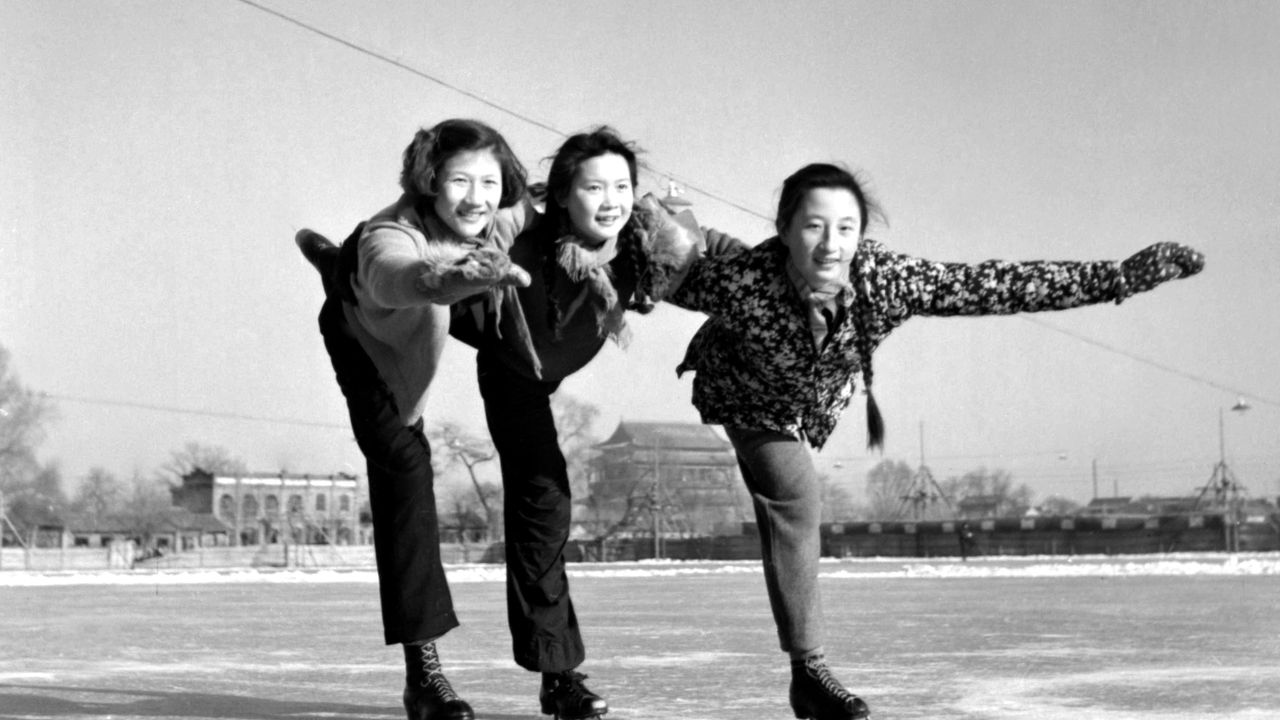 Skaters show off their skills at Shichahai, 1954 (China Pictorial) 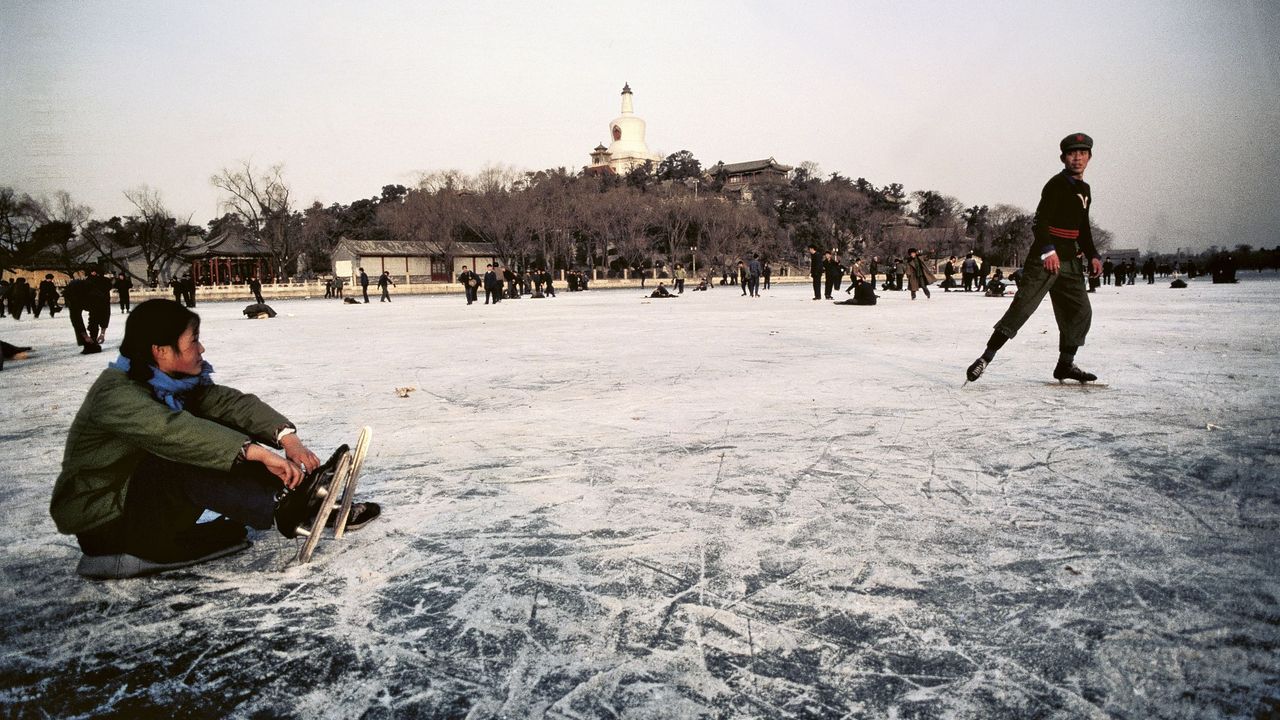 A girl puts on skates while a boy skates by in a Red Guard uniform at Beihai Park, 1973 (Giorgio Ambrosi/Mondadori Portfolio via Getty) 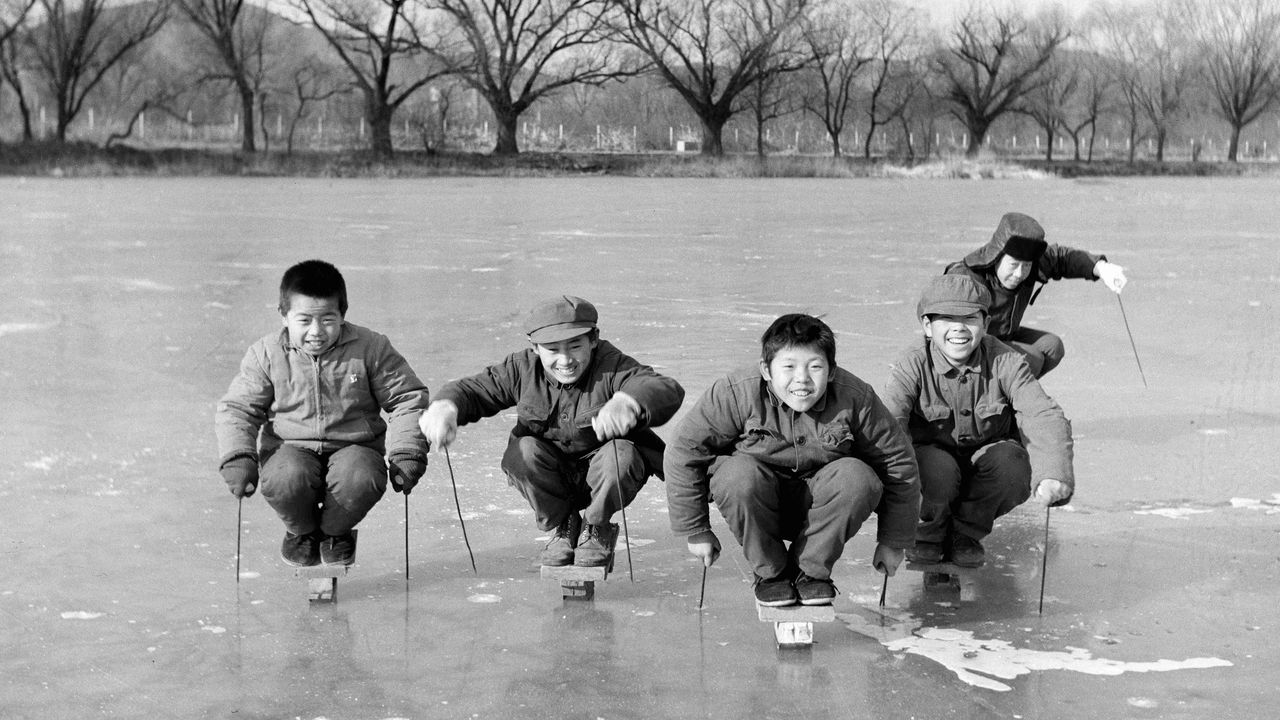 Boys play on the ice on makeshift skates at the Summer Palace, 1979 (Wang Wenbo/VCG) 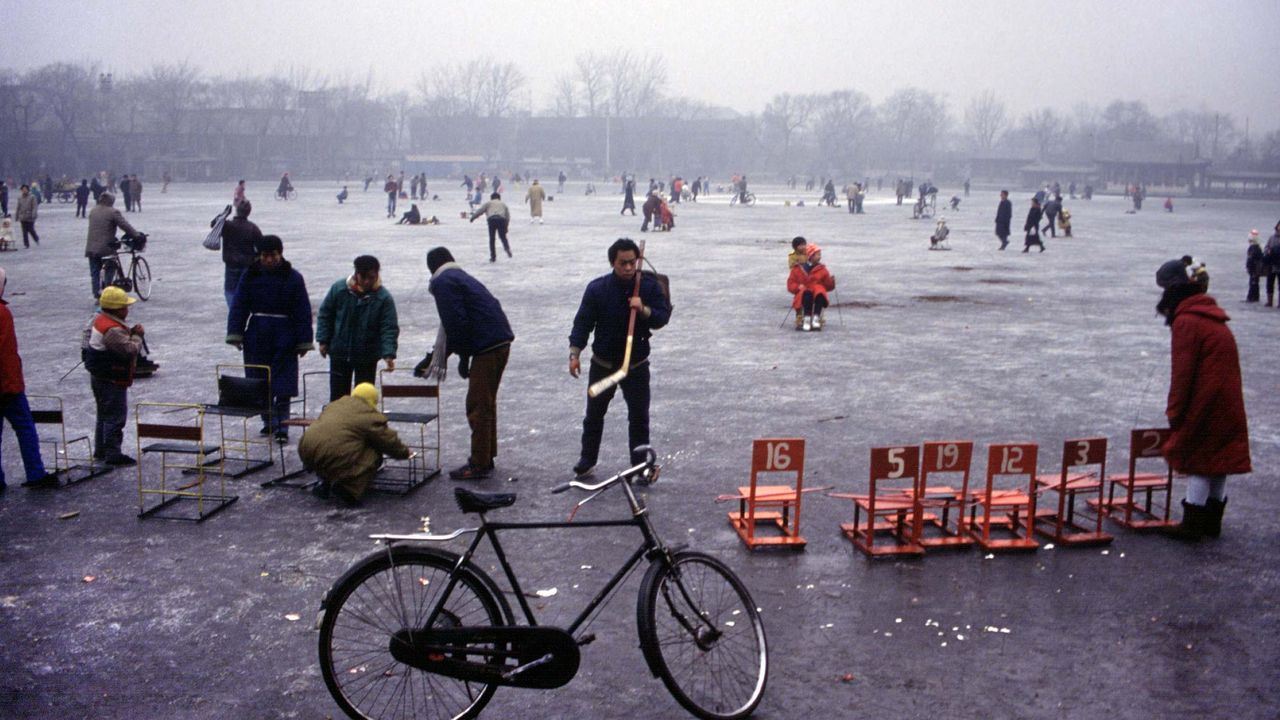 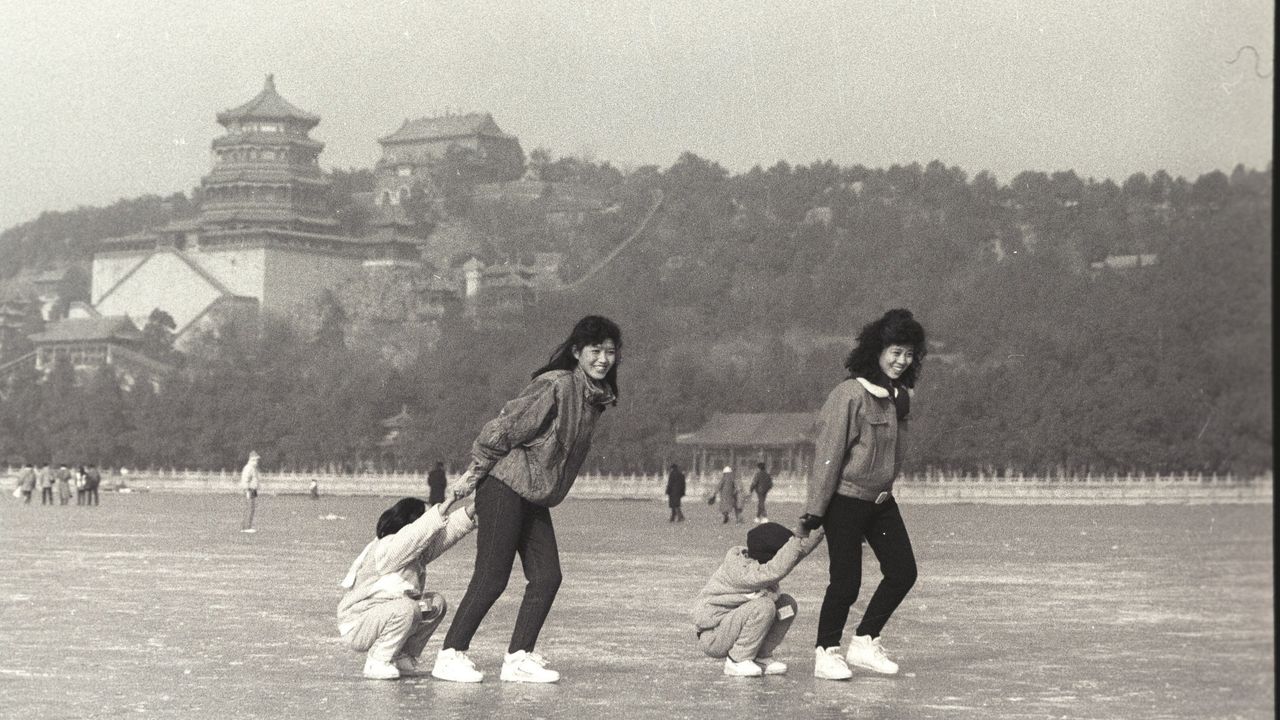 Mothers and children skating at Kunming Lake at the Summer Palace, 1995 (Huang Xiaobing/VCG) 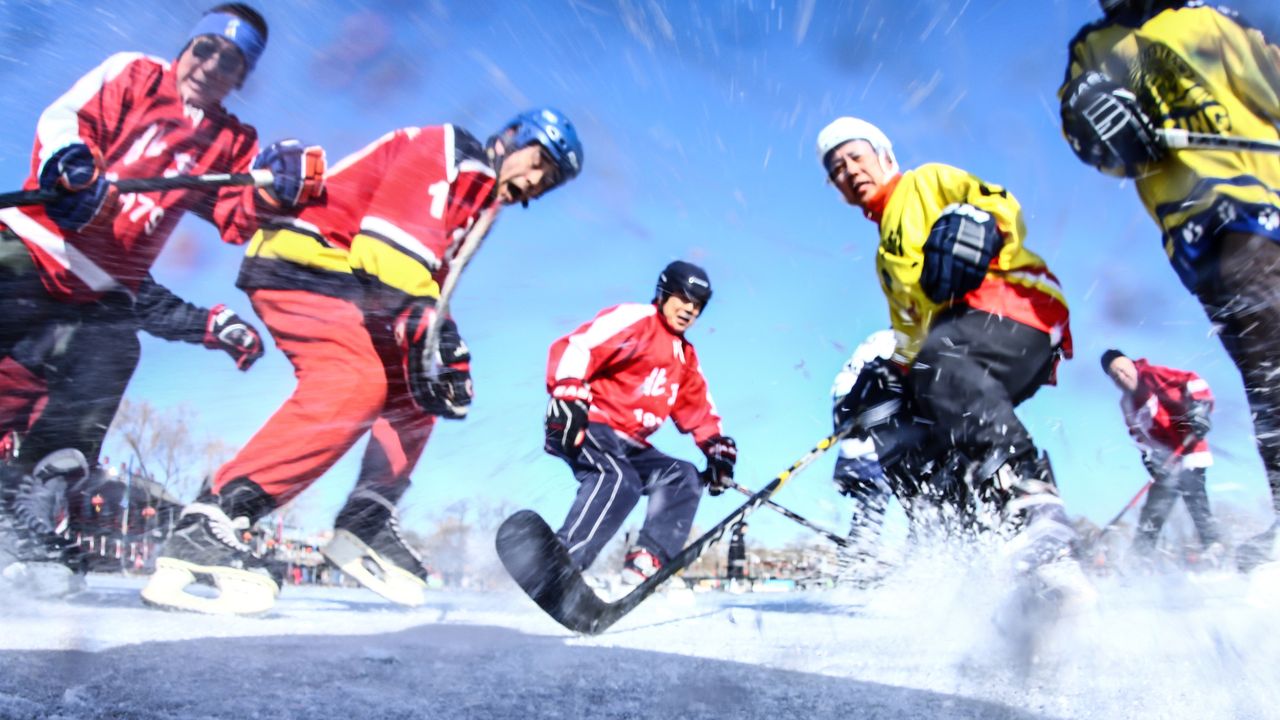 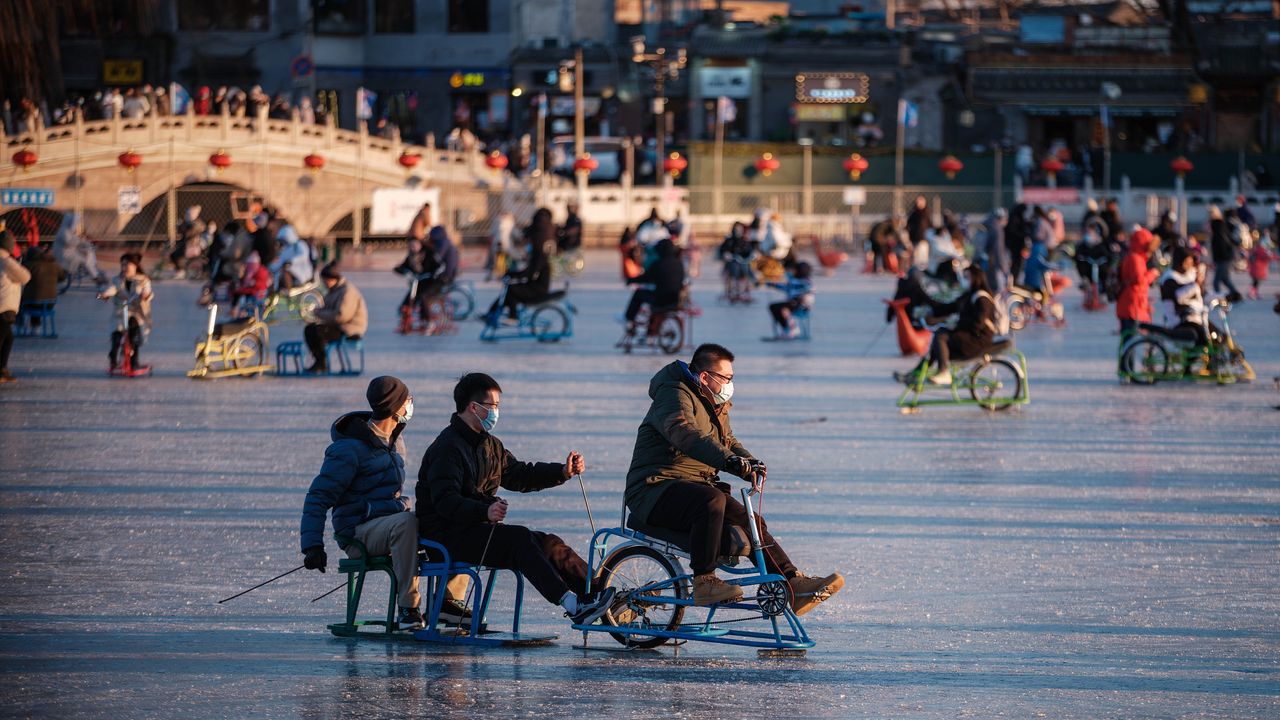