It’s that time of year again: Christmas decorations have been unpacked from dusty attics and basements, and are sparkling around the home to put one in the mood for the season. But these festive ornaments in all likelihood originated from a faraway place where Christmas isn’t officially celebrated, yet it’s Christmas season all year round: Yiwu city in Zhejiang province, known as the “commodities capital of the world.”

The city of 1.9 million about an hour by train south of Shanghai reportedly produces anywhere from two-thirds to 80 percent of the world’s Christmas decorations. The over 500 factories and workshops in and around the city, most of them privately run cottage industries staffed by migrant workers, churn out baubles, bushes, hats, and trees (the plastic variety) worth billions of dollars every year, according to provincial customs tallies. A substantial amount of these trinkets are sold to the US, Latin America, Europe, and Russia. 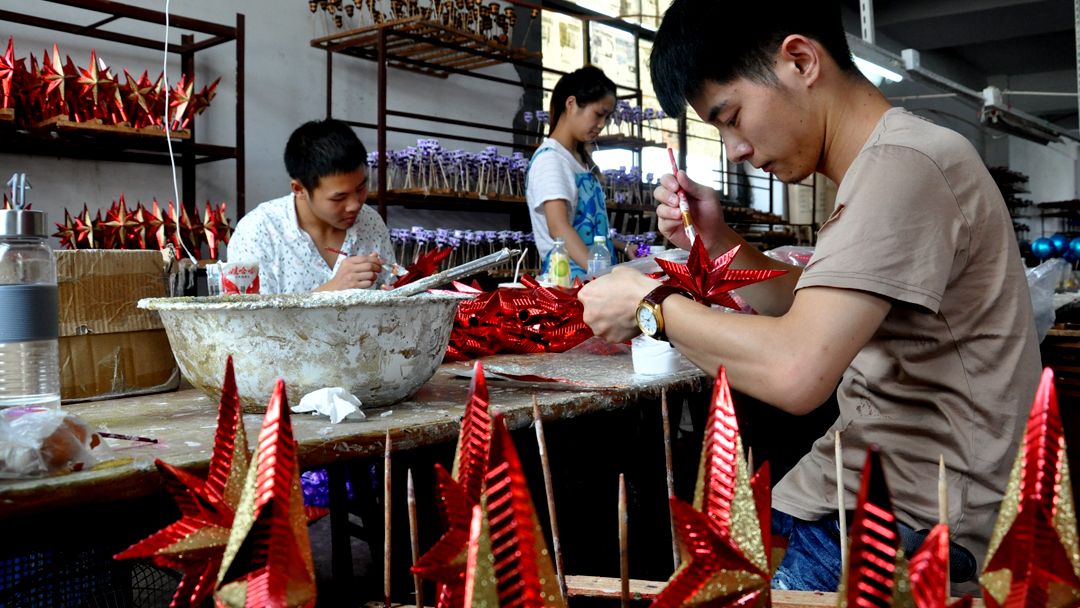 Christmas hustle: Yiwu’s hundreds of factories and workshops are largely staffed with migrant workers from neighboring Anhui, Henan, and Jiangxi provinces, who make around 3,000 to 6,000 yuan per month depending on the season. (VCG) 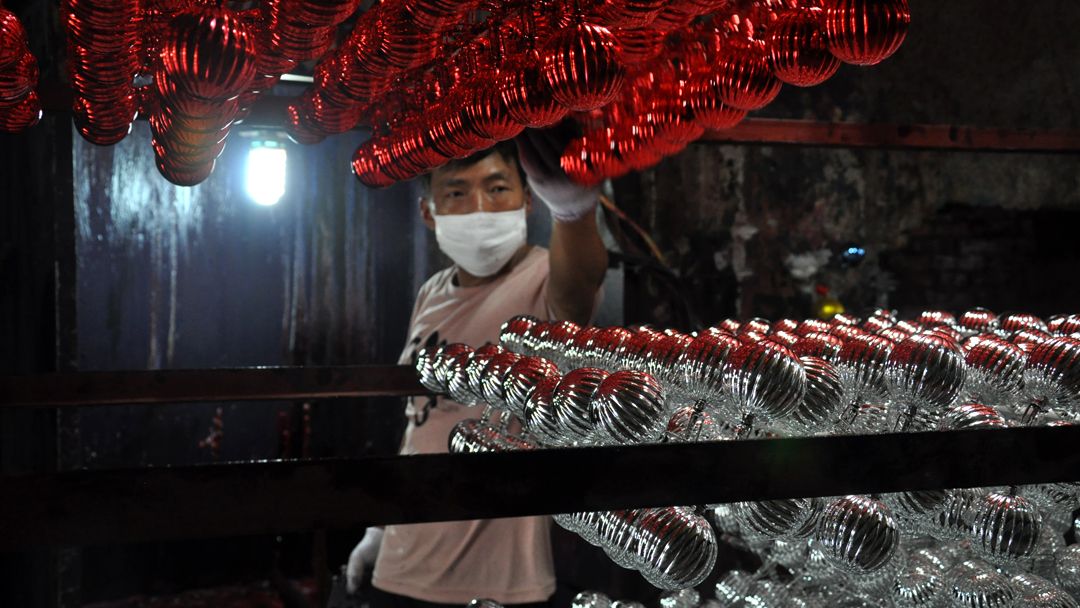 A worker applies coating to Christmas baubles before they are ready to be shipped out to the wholesale markets. During peak seasons, workers often have to labor long into the night to fill their orders. (VCG) 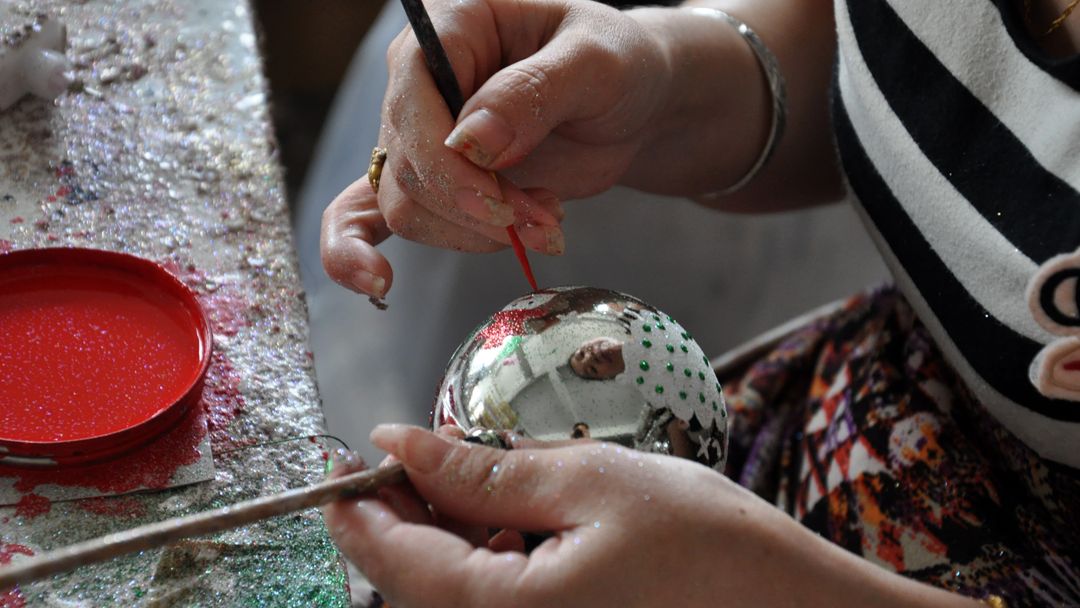 A factory worker expertly draws a snowman on a Christmas ornament. Most of the manufacturing here is low-tech, with workers handling paints, glitter, and other materials directly and putting products together one by one. (VCG)

Before the pandemic, droves of international buyers used to flock to the city each year to look at supplies and place orders, as Yiwu is also the world’s largest trading hub for almost any other light consumer good one can think of: clothes, furniture, toys, World Cup paraphernalia, and even US election gear. Yiwu International Trade City, a major wholesale market for cheap products made in China, has one area with hundreds of merchants and rows upon rows of stalls dedicated to Christmas decorations alone.

Due to weeks-long shipping times via sea lanes, the peak trading and production for the Christmas season happens during the summer months. For the European market, goods are transported by rail via the Yixinou Railroad, a new transport lane opened in 2014 as part of the Belt and Road Initiative, which reportedly cuts shipping time and costs per container by more than half for Europe-bound goods .

Relatively cheap labor and economies of scale have kept prices in Yiwu low over the years, but government demands to improve labor conditions and workplace safety as well as competition from emerging countries with cheaper production may one day challenge Yiwu’s status as the world’s number-one producer for cheap Christmas kitsch. 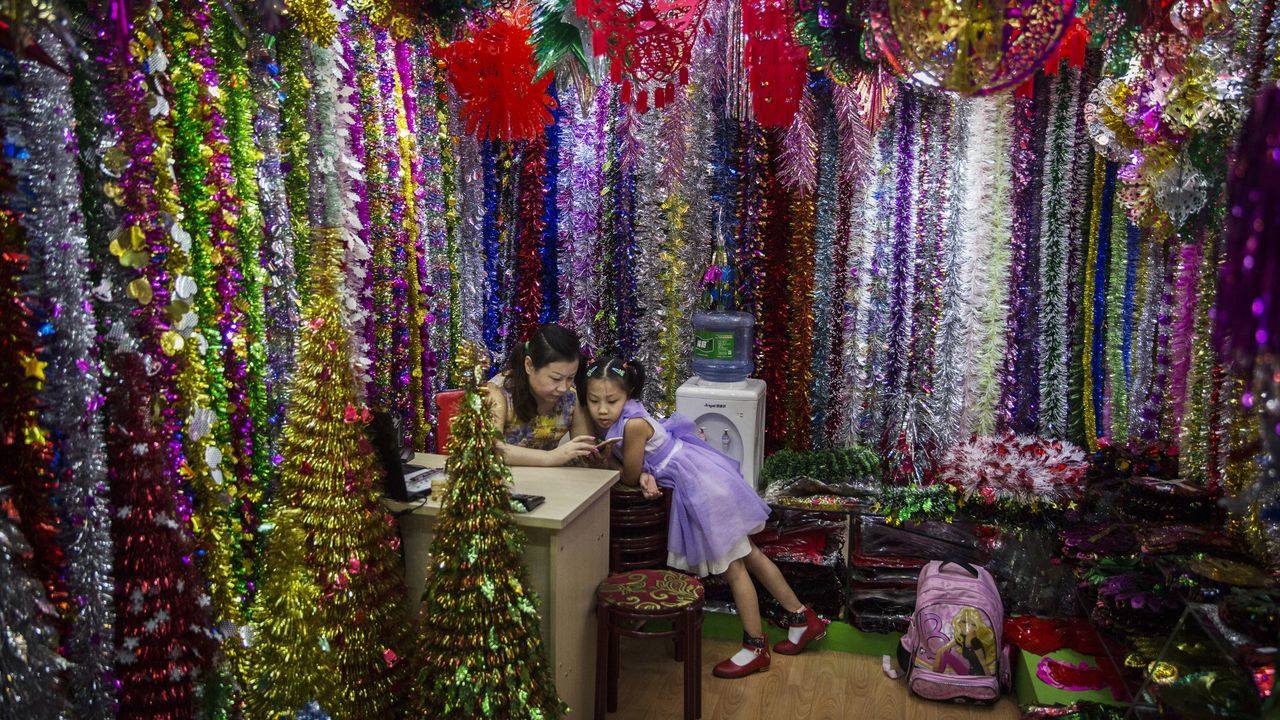 A trader and her daughter relax as they wait for customers at their Christmas stall at the Yiwu International Trade City. Considered the largest small commodity market in the world, the 300,000-square-meter facility houses more than 60,000 vendors. (VCG) 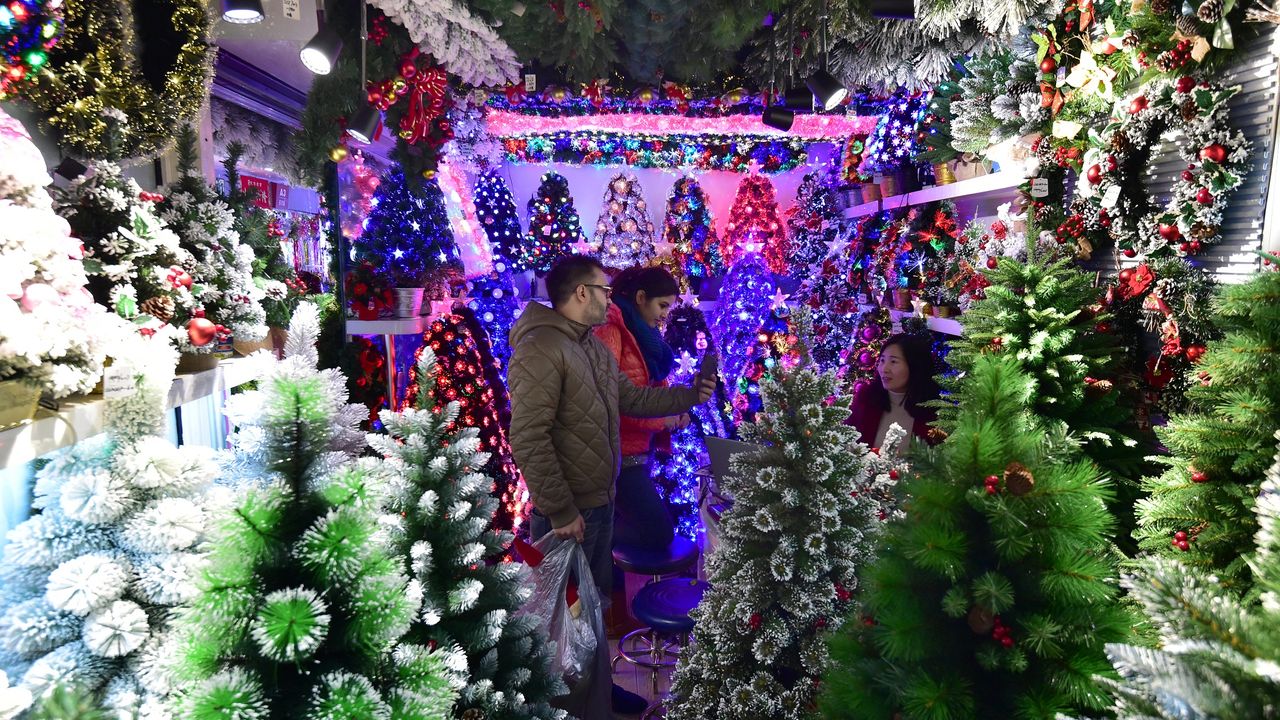 Foreign traders arrive at Yiwu International Trade City to look at Christmas supplies. The city saw shipping delays at the start of the pandemic in 2020 and was locked down briefly in the summer of 2022, but has reportedly resumed operating at 70 percent of its pre-pandemic capacity as of December 2022. (VCG) 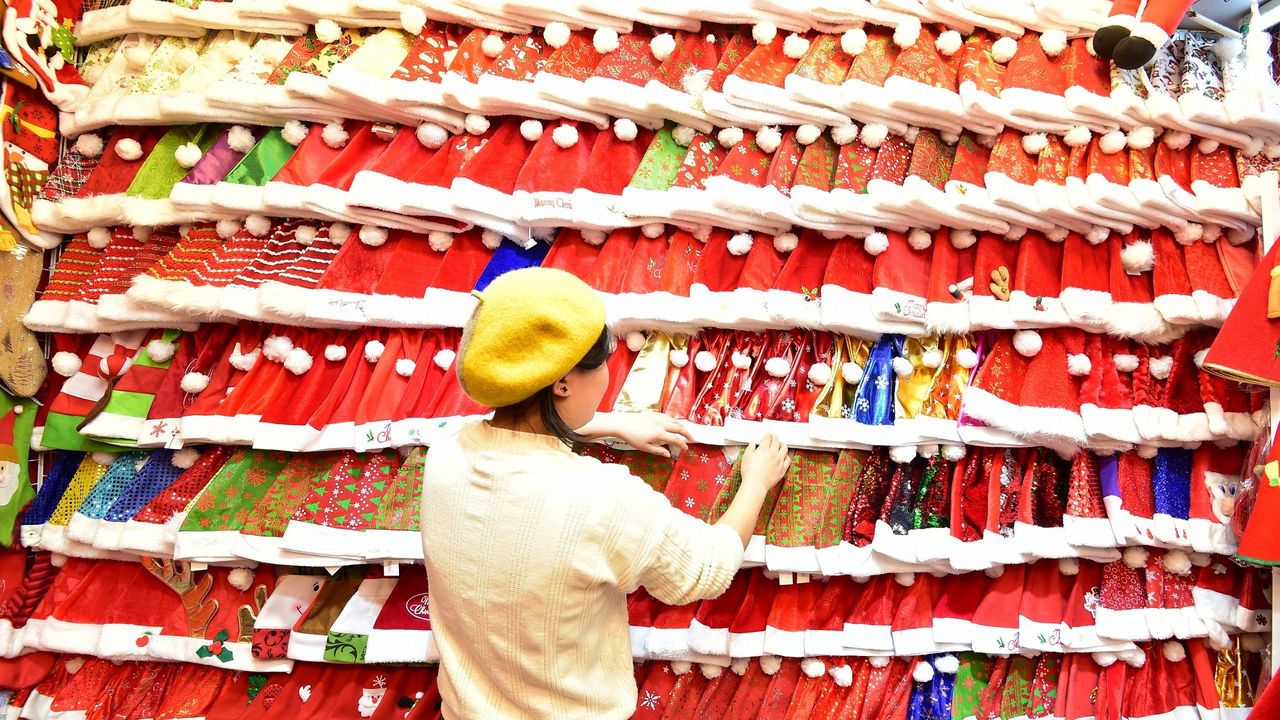 A staffer at a wholesale stall at Yiwu International Trade City rearranges the year’s most popular models of Santa hats. The “Yiwu China Commodity Index,” which monitors prices and other conditions in the commodities market, has sometimes successfully predicted trends and even election results around the world. (VCG)

A version of this story was originally published on our site in 2014. It has been edited and updated. Alpacas at the mall, mail to China’s North Pole—here’s how everyone celebrates