In the tech world, it is sometimes hard to say who is ripping off whom. It is possible that nobody did—several people can have similar ideas around the same time, especially considering that many technologies were imagined by science fiction writers decades before they could be realized. Consider, for example, hoverboards, Google Glass, and 3D printing.

Still, it is sometimes curious to witness the buzz around Western app developers who come up with something that has been widely available and normalized in Asia for a few years. Tech commentators write that such and such new app will revolutionize mobile payments, or make QR codes cool again. These statements are clearly very West-centric, which is okay—this is why TWOC is here.

A foreigner who moves to a city in China is likely to appreciate the prevalence and convenience of using mobile payment through WeChat Wallet, developed by Tencent, and Alipay, owned by Alibaba. Western countries, even the United States, do not have the same level of proliferation of such services into the public’s technological vernacular. However, this does not mean that developers are not trying. The slew of cashless and online payment options developed in the West has reached a high point in the last few years. These include Google Wallet, Apple Pay, Android Pay, and even a mobile payment function to Facebook Messenger. Google Wallet was officially launched in 2011, but at the time it functioned using NFC (near field communication) technology, which was not yet available on every phone. It was possible to make purchases in the US in-store—with participating vendors, using Citibank MasterCard accounts, on participating carriers…you get the picture. In 2011, Google Wallet was a novelty experience with limited functionality. It was not until December 2016 that Google unveiled a revamped system that is better-suited for money transfers between people who know each other. According to a Google blog post from December 15, 2016, the new Google Wallet is a website available across all browsers, which enables users to transfer money to each other’s emails or phone numbers, from where they may also deposit their money to their bank account. Users may pay each other back for borrowed money, as well as use the “Request Money” function to ask friends to pay them back in a technologically-enabled act of passive aggression.

Around the same time that they redesigned Google Wallet, Google launched Android Pay in September 2015, which uses NFC technology to pay for goods and services in stores. Apple Pay, similar to Android Pay but launched in September 2014, also uses NFC technology to pay in brick-and-mortar stores. Both services are actively expanding their partnerships and availability in US stores and around the world. The latest Western newcomer to the cashless payments game is Facebook Messenger, which only started offering money transfer services in the US in 2015. As of December 2016, Messenger has been authorized to run the service in Europe. It currently has only mobile payments and does not provide any way to pay in-store, as the other platforms are trying to do.

Meanwhile, WeChat has been offering transfer payments since August 2013 and in-store cashless payments via QR code since September 2014. Alipay, which dominates the online and mobile payments market in China, launched an app that enabled people to shop in stores, make transfers, and shop online in January 2013.

Both of these apps are used extensively by Chinese people whether shopping online to buying fruit on the street, for any service from food delivery to plane tickets to utility bills, as well as for other financial activities such as transferring money between friends, splitting the bill among people, or financial planning. This is in addition to the social aspects of the apps.

WeChat and Alipay also both use QR codes and QR scanners for a few important functions, such as: to add friends, to subscribe to a public account, to make a payment in-store, to make a money transfer to someone else, or to enable someone else to transfer money to you. The first version of WeChat that had a built-in QR code scanner was released in September 2012.

In February 2013, Tencent added social functions to the QR code, by allowing users and groups to generate their own codes which can be used to join a group, subscribe to a public WeChat account, and add a person to your contacts. This has made the Chinese avid QR code users, whereas QR codes are still something of an unnecessary and even impractical novelty in the West. Snapchat, the photo-centered chatting app, released Snapcodes, which allow users to generate their own QR code and scan other user’s codes, in January 2015. Twitter released similar personalized QR codes for Twitter users in November 2016. 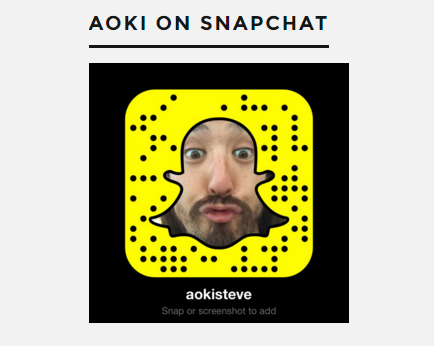 A more expressive and artistic feature of the Eastern technological landscape is the common use of stickers in chat apps. Asian chatting applications started releasing sticker packs since at least the beginning of the decade, with messengers such as Line, from Japan, and Kakao Talk, based in Korea, creating sticker characters that still have a cult following today. Stickers are not just cute or silly, they can be used to depict anything from simple agreement to the impenetrable desolation that results from being unemployed with success in the job-search for months. Line’s characters are so popular that the company sells character merchandise, and even held their first expo of character merchandise in Taiwan in 2014. There is even an interactive installation of Line characters at Joy City Mall in Beijing this month.

WeChat also offers stickers, some produced by regular people who can get “Rewarded” for their work in the form of a small donation sent through WeChat’s payment system. In the West, Facebook added stickers to their Messenger in 2013, also opting to create cute character sticker packs. However, unlike Line, with its assorted merch, media, and expos, Facebook Messenger has not quite figured out how to monetize on this feature.

Western developers are working hard to innovate, but so are their counterparts elsewhere. Tencent has just this year added integrated mini-apps into WeChat, which will supposedly enable users to use app-like features without installing the app. The mini-apps offer a variety of services, meaning that users can do pretty much anything without closing the WeChat app. What will come next is anyone’s guess, but it is for certain that none of these developers will stop taking their inspiration from each other’s successful innovation.