Reviewers on Douban.com are not allowed to give scores of zero, which is a good news for Midnight Diner, a remake of a Japanese TV drama of the same name about a lone chef who operates a restaurant from midnight to sunrise and share life stories with his customers.

Since the Chinese remake premiered on June, 12, only six episodes have been aired by the time of writing. However, the audience has decided that enough was enough. The people have spoken by giving the show a record low rating on Douban—2.4 out of 10, with over 80 percent viewers giving just one star, the lowest score allowed. It’s easy to understand why if you just watch a few minutes of the show.

The biggest selling point of the original drama is the mouth-watering depictions of food, which was what first attracted Chinese viewers’ attention. All three seasons of the Japanese version have scores of around 9.0 on Douban. When China decided to adapt it, Chinese viewers had high hopes for it, because if there’s anything China is known for, it’s food. Even if the writing were terrible and there were no interesting plotlines, people would have just watched it for the food, like some narrative version of A Bite of China.

They should have just made that show instead.

This is the fish-floss rice from the first episode. Who can explain which country’s cuisine it comes from? (Hint: it’s this chain of four islands east of China) 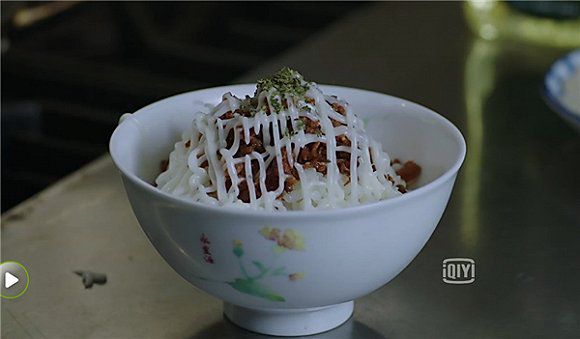 And the red sausage directly pilfered from the Japanese version. Chinese people eat sausage as well, but not normally cut in a cute octopus shape. 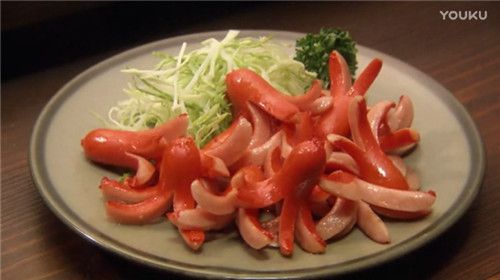 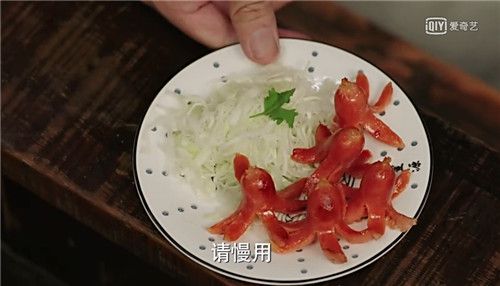 To be fair, they didn’t copy everything. In the Japanese version, there are three friends who always order ochazuke, or rice steeped in tea. In the Chinese version, their favorite dish becomes instant noodles. Big difference.

Except, what kind of people go to a restaurant at midnight for a bowl of instant noodles? 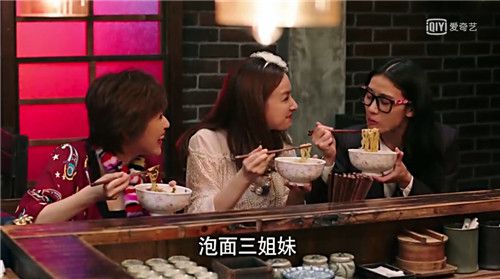 It’s not just the food. Check out the restaurant decor and the outfit of the chef in the Chinese (top) and Japanese versions. 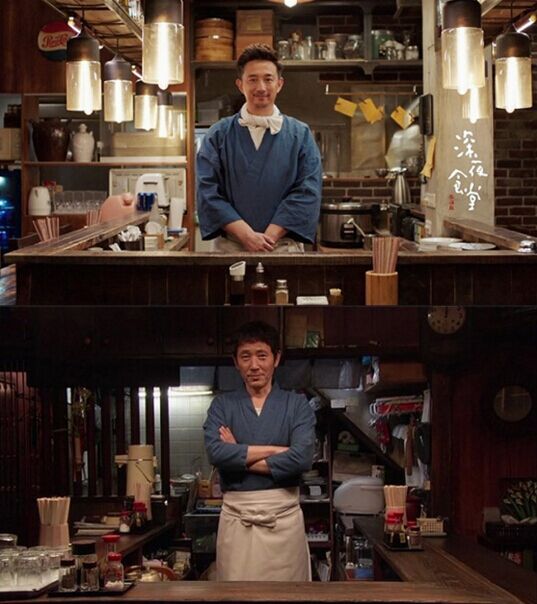 Where’s the malatang? Those illegal skewer stands that keep getting shut down? Mom-and-pop establishments with overly bright lights and warm beer? As some reviewers put it, it’s not an “adaption” if it didn’t adapt any part of the show to China’s actual, very much existent, and quite distinctive midnight food culture.

So what kind of people go to eat instant noodles in a restaurant at midnight? The answer is, people who have to, since they’re characters in a show sponsored by an instant noodle brand. Product placement is nothing new. But nobody deserves to sit through what been going on here.

The chef mentions he just got some pickled vegetables. The camera zooms in. It shows the name of an instant noodle brand: A character actually enters the restaurant to place a banner ad: 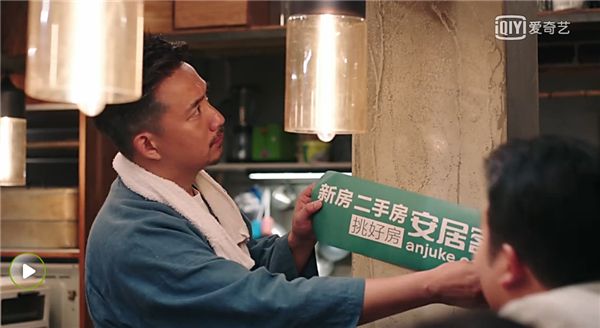 A close-up shot of the oil, with the chef actually reading the ad slogan out loud: If you read reviews of the show online, you will frequently come across the Chinese term 注水 (“inject water”), which means adding unnecessary plots or dialogue into the story to lengthen it. Chinese TV series are becoming longer and longer, because length means money for the producers.

Since the adaptations didn’t create any new storylines but just retold the original ones (that took place, incidentally, in a very Japanese social context), it’s especially noticeable when they’ve padded the story unreasoanbly.

In the Japanese version, an individual story is told in one episode, which is just about 20 minutes. It takes two episodes in the Chinese version to tell the same story, with each episode more than 40 minutes long. The extra time isn’t occupied by ingenious plot twists or rich character sketches; instead, it’s filled with tedious and meaningless dialogue, making the show not even an interesting way to kill time.

Wu Xin, formerly known as a Hunan TV host, has become a trending search on social media due to her terrible acting on the show. This how she shows “surprise.” 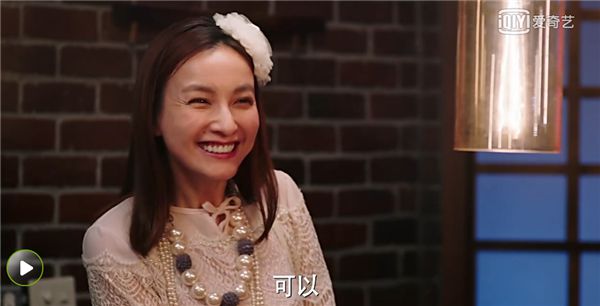 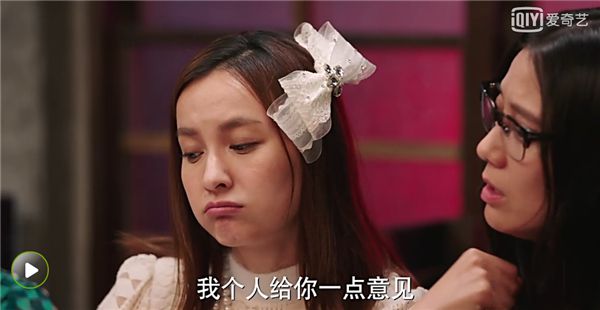 Maybe we shouldn’t be too harsh on her. At least she has another job hosting instead of acting.