People never get enough of love. When fictitious love stories from novels, films, and TV dramas aren’t enough to meet their demand, a reality show comes assure them that love is real—or is it?

We Are in Love, a licensed remake of popular South Korean variety show We Got Married, started airing its third season on Jiangsu TV this month. The show pairs up celebrities to go on dates together. Each episode, participants will also reveal their thoughts and feelings about their relationship in separate interviews. The Chinese version maintains the same basic format as the original Korean show but changed the couples from “married” to just “dating,” possibly to make the story more realistic.

Now, the key of a reality show is the “reality.” Reality shows are known as 真人秀 (zhēnrénxiù) in Chinese, and 真 means “real, true, or sincere.” Anyone who follows celebrities at all knows that none of these couples are actually dating or in love, the truest part of the show being that all celebrities act undert their real names—and, somehow, gain real popularity from participating in this sham, scripted, predictable PR move disguised as entertainment. How? Let’s delve into the show’s formula.

First of all, pretty faces are worth a thousand words (or RMBs). Just like any romance TV series you can think of, beautiful celebrities are the bread and butter of this show. Even viewers themselves admit that the stars’ looks matter when they decide whether they would like to watch a show; as some netizens have put it, in many cases, “Gook looks are worth it (颜值即正义).” 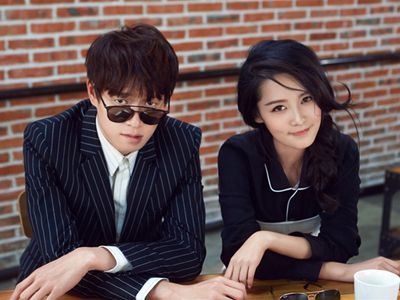 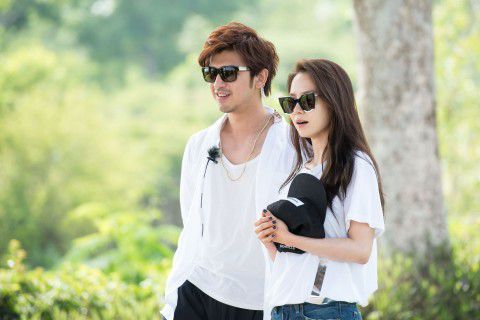 They know how to please

Celebrities, especially the pop stars, always know what kind of characters they should put on to charm a room. Though in a reality show, they are supposed to be themselves, they are in fact just “playing” themselves. Take the three couples in the first season for examples. 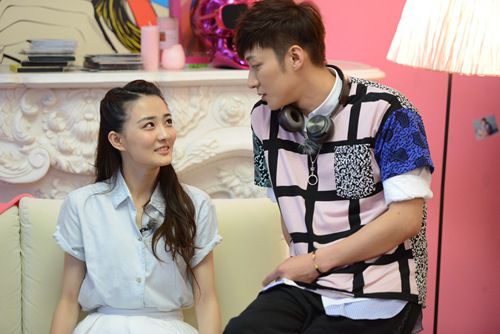 This season, celebrities Qiao Renliang (right) and actress Xu Lu performed a story about first love. Qiao is a charming playboy, who is good at music, independent, and knows how to impress girls. Xu is a simple, innocent girl who has never been in a relationship. Somehow, these two opposites attract and make positive changes in each other’s lives.

Actors Ren Zhong (right) and Lin Xinru (Ruby Lin, whose actual wedding was a big social media event last summer) were the second couple. On the show, Ren is a gentle, moderate, warmhearted man who is a little bit clumsy, and Lin a mature, beautiful goddess who is kind of icy and difficult to please. Can the awkward friendliness of Ren thaw her cold yet lonely heart? 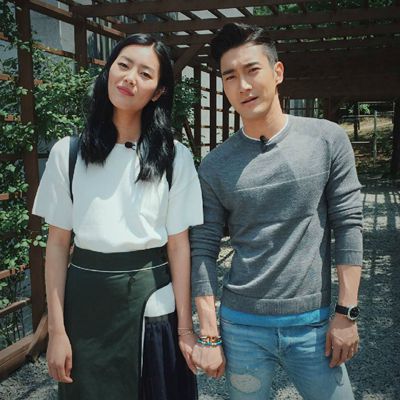 You get the point. All six people played archetypical romance characters. The plot required zero imagination.

The very different and stereotypical personalities of these characters lead to various clashes as the season progresses. Producers and celebrities know what people want to see. In the first season, Liu said she was afraid that she took the relationship too seriously but her partner was just playing around, while Choi said he felt he was the only one trying and couldn’t fathom Liu’s true feelings.

Lin complained that she wasn’t interested in anything Ren brought her to on their dates. In the current season, TV host Wu Xin and singer Wilber Pan each complained that the other was different from their ideal partner and didn’t like their gifts, like an alternate-universe O. Henry story.

But of course, all the couples eventually overcome all obstacles—the misunderstandings, quarrels, suspicions, and jealousy—and live happily ever after.

It keeps you guessing

No one actually wants to be in The Truman Show, but as that movie showed us, the condescending onlookers have a lot of fun. Though this show isn’t much different from a scripted series, the audience seems to still believe they can find some nuggets of reality and peep into celebrities’ emotional life.

Online audience comments show viewers trying to be an expert in detecting tiny emotional changes on the part of the celebrities and any evidence of chemistry that slips out, and feeling superior that they’ve spotted something which even the stars themselves may not realize. You can judge their observations yourself：

High five! Feels like I’m not watching a reality show but a romance documentary…Though I have to remind myself it’s just a show, but their performance was so real~ I truly like Liu Wen, a very comfortable big girl~

The last episode has wrapped. They must have ended up together, right?

When they finish the show, it’s gonna be me who’s hurt!!

Though other netizens have called them pathetic, the fans have gotten what they want from the show. As someone puts it on Zhihu, a Q&A platform, they just want to fall in love with others’ love stories.

However, others argue that it’s meaningless to produce such a “fake” show. A user on Zhihu questioned why this show exists:

Reality show is supposed to show the truest side of celebrities, but a fake romance show like this starts out from the point of fakery. How can any “reality” in their performance come out of this false premise? Are these shows just hitting the rock bottom of entertainment ethics? Has the era arrived in which we are so loose-principled that we are all amusing ourselves to death?

This is of course a good philosophical question. But before we talk can get into the ethics of this show, we have to ask, is it even amusing?