Photo Credit: Still from “The Summer Is Gone” via Douban

Set in the backdrop of the 1990s market reform in Inner Mongolia’s capital Hohhot, director Zhang Dalei’s Golden Horse Award-winning solo debut The Summer is Gone (《八月》) is a personal tribute to the era in the form of a bittersweet, but mostly static childhood memory.

Summer certainly speaks the film language of the classic Taiwanese New Wave, tapping into personal memory to trace social changes. Having also grabbed the FIPRESCI Prize, and most recently in April, this year’s Best Young Director at the China Film Directors’ Guild award, 35-year-old Zhang spent almost 10 years sporadically working on this autobiographical film, supporting himself with short movies and creative wedding videos. His efforts were finally rewarded with a limited mainland release in late March. 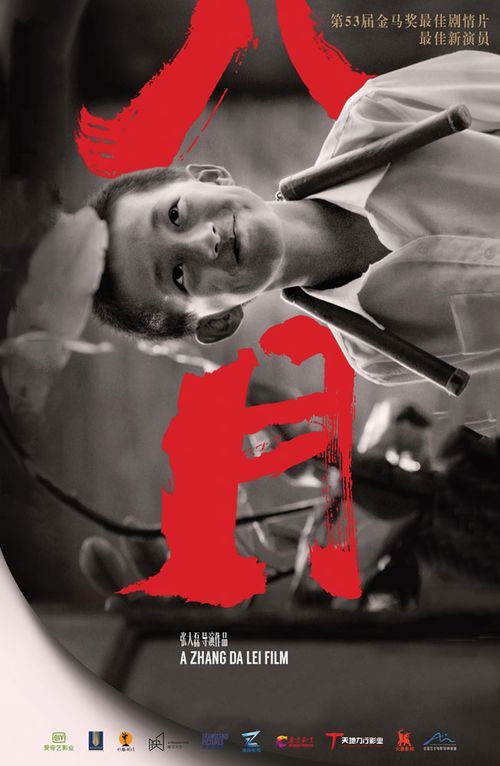 Movie poster of “The Summer Is Gone” via Douban

Faithfully mirroring the director’s own childhood, the story starts as 12-year-old Xiaolei enjoys his summer vacation while his mother, a teacher, tries to get him into a prestigious local middle school. His father, a film editor with a boyish lively personality, is reluctant to agree, arguing that a person should be able to earn a living relying on their talent, not the school they attend.

This belief is put to the test when the father’s work unit, the state-owned Inner Mongolia Film Studio, has its funding cut off amid a turbulent series of reforms aimed at weaning state-owned enterprises off the government teat; suddenly the studio is expected to find projects and investment on its own. Through the eyes of Xiaolei, we witness the once-united work collective gradually collapse and the effect this has on his family and those around them.

Shot beautifully in black and white, Zhang’s choice of palette is meant to reflect his view that the decade he grew up in was pure and simple in terms of people and social relationships, a point he has expressed repeatedly in various interviews, including one with Cinema World magazine. This explains why 1994, a year many associate with massive layoffs and economic suffering, is so affectionately treated in the film.

Having grown up among friends and neighbors who staffed Hohhot’s film industry, Zhang later attended the St. Petersburg State University of Film and Television, which, thanks to Russia’s withering movie industry, offered an education with a rich artistic tradition but relatively small commercial influence.

Zhang’s depiction of his hometown, a city usually associated with scorching summer sunshine and dry weather, is so peaceful that many Chinese audiences have mistaken it for a southern town. Apart from the Mongolian song “Mother” sung at a farewell dinner, there’s little sense of locality. Instead, a luster of tender reminiscence lingers over scenes of families losing their income, relatives quarrelling, teens being bullied, and a bed-ridden grandmother. Through the eyes of Summer’s carefree protagonist, all are remembered fondly; even the film’s tagline is “Hold on to the good times.” Summer reflects Zhang’s dream to return to a simpler time, a “golden age” where conflicts are generally resolved peacefully, and complications—such as being turfed out of a comfortable rice bowl and forced to pursue individual fortunes—belong to a more recent era.

As a member of the post-80s generation, more at peace with recent history than its predecessors, Zhang’s autobiographical style recalls Taiwanese director Hou Hsiao-hsien’s early work The Time to Live and the Time to Die (《童年往事》, 1986), which won a Golden Horse for Best Original Script a little over three decades ago. Hou’s film was also based on his own experiences of growing up in the 1940s, when ties between Taiwan and the mainland were severed. But while the cinematography is similarly poetic, Hou’s gaze is bitterly honest on generation gaps, growing pains, and the impact of a particular social environment on individuals.

Another festival favorite, Hong Kong director Alex Law’s Echoes of the Rainbow (《岁月神偷》, 2009), which won Best Film in the Generation Kplus category at the 2010 Berlin International Film Festival, drew on a childhood spent in 1960s and 70s Hong Kong under colonial government, warily viewing events on the mainland such as the Cultural Revolution. While everyday life takes on a fairytale-like quality for the child protagonist, Law is unflinching in detailing the everyday racism, pressures to survive, and bitterness of death.

It’s this lack of personal growth that’s at the center of Summer’s problem. Both the central male roles seem to merely bob with the tide amidst tumultuous changes; it’s Xiaolei’s mother, a supporting role, who does most of the heaving lifting in the plot. Near the end, there’s a scene where the family’s broad-leaved orchid cactus finally blossoms; its brief florescence is supposed to signify the fleeting summer as a cherished memory. Perhaps it’s more fitting as a metaphor for the whole film—an exquisite personal story, evoking the childhood memories of a generation, but as transient and illusory as the passing season.

The upheavals caused by major reform at a film studio begin with an official announcement that the company’s state support is coming to an end.

The Summer Is Gone is a story from our issue, “Wheel Life China.” To read the entire issue, become a subscriber and receive the full magazine. Alternatively, you can purchase the digital version from the App Store.