Summer greetings and many good tidings to all. Welcome back to the Viral Week. Coming up on today’s issue, we bring you the end of bad translations (well, probably not really), an insane delay at the Hong Kong airport, skirts banned at university for summer, another VPN shut down, and playing with weaponized toothpicks. But first…

The Yulin Lychee and Dog Meat festival is an event that has sparked much outrage in the days leading up to it and now that it has started, the controversies continue.

Despite statements from officials that said that sale of dog meat was to be banned, there has been plenty of evidence to the contrary. On the one hand, local officials are very much aware of the negative press that have stained their city. However, pressure from vendors and other locals mean that a full force ban was not implemented. The Yulin government also says that since they do not officially organize the festival, they cannot ban it from happening—though they claim to have stopped public slaughtering of dogs.

One of the main reasons that much of the Western world is upset and in protest over this festival is not necessary due to the consumption of dog meat (it has been an old tradition in many Asian countries). Instead they are unhappy with the way the dogs are treated. Cramped cages and visceral public killings are some of the inhumane methods used. There are also rumors that much of the supply is from stolen pets.

Last week, China’s Standardization Administration and General Administration of Quality Supervision, Inspection and Quarantine issued a statement saying that they are planning to implement a new standard for English usage in thirteen public areas that include transport, entertainment, and health.

Well, it is for yoga… (Weibo via Shanghaiist)

The aim is to rid China of poor and inappropriate “Chinglish” translations and deprive foreigners of their main source of humor.

The standard will come into effect on 1st December 2017 and the government hopes that this will help China truly become a multilingual society.

Every multicultural society needs a racist park (Engrish via Shanghaiist)

Foreigners hope to continue finding mistranslation gems despite this regulation, because it will be even funnier.

What’s the longest flight delay you’ve ever had to endure?

A Hong Kong Airlines flight from Hong Kong to Beijing was scheduled to take off at 15:35 and was carrying 263 passengers. At 16:00, the plane had not yet moved so the crew allowed the passengers to disembark and gave them meal vouchers.

After four and a half hours of waiting in the terminal, the passengers were finally allowed back on the plane. Unfortunately, they were not told that the plane was not going to fly.

As cabin fever set in, the crew felt it was necessary to call in backup. One woman decided to lie on the (definitely not clean) floor of the plane in protest, claiming that she just wanted to go home. No other passengers were reported to have made this claim.

Hong Kong Airlines blamed the air traffic in Beijing for the delays and have since apologized. There has been no reports of compensation given to any of the passengers. Bear in mind this was not a cancelled flight. This was an 11-hour-delay with little information communicated to passengers.

While this incident may sound bad, it should be noted that in a report released last year, it was found that one third of domestic flights were delayed. Remember that next time you fly in China.

In the summer, I like nothing better than to put on my favorite mini skirt and enjoy the sun’s rays.

Unfortunately, if I attended the Jinan Vocational College of Nursing in Shandong province, it could very well stop me from graduating.

According to reports, patrol teams have been dispatched on campus ground to stop students from wearing such attire. For being caught wearing skirt shorter than knee-length, the officials have implemented a “three strikes and out” policy. Warning will be given first and a third offence will see the offender being publicly shamed—let your imagination run wild here—and deductions made from their class scores.

And before anyone claims that this rule is sexist, offenders can be both male and female.

School officials have come out and said that this is not an official school rule, but they are very much in support of such regulations. They claim that it will only come into effect if students are in class or around the campus; they are free to wear anything in their own living spaces—though this is something only the officiating body would be able to say with confidence.

Students have come out on both sides of this argument. Many say that the heat will be too unbearable in anything longer than knee-length, while others claim that showing too much skin is in bad taste.

One of the most popular Chinese VPN services, Green VPN, announced that they will exist no more from the 1st of July.

This follows tightening control from the Ministry of Industry and Information Technology after they announced in January that they will stop unlicensed business operations in what they deem as “illegal activity”.

Businesses will need to apply for licenses in order to set up or rent special lines—which include VPNs—to carry out cross-border operations.

Green VPN has been popular with user as a free internet solution to users on both Android and iOS. Now that it’s service will be halted, many Chinese internet users are worried that others will follow suit.

While fidget spinners have been making children fidget more in the west, Chinese kids have been playing a much more dangerous game.

These crossbows may look like something from a Renaissance fair but is in fact the latest must-have children’s toy. And parents are trying to have them banned.

The mini-bows are designed to fire toothpicks and have been selling out in marketplaces both on- and offline, and can be bought with just 5 RMB.

According to the South China Morning Post, packaging on one particular model claims that it has enough power to “break paper cartons, cans, and even fight cockroaches, adding that it is “not lethal”—though, this writer finds it hard to believe that this weapon is limited to non-lethal cockroach fights. 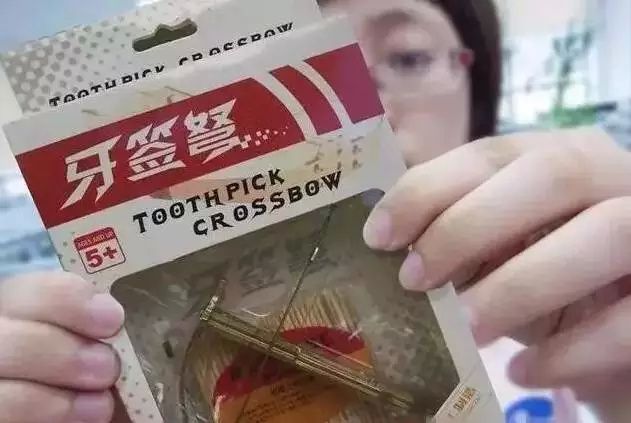 Made to maim bugs (Shanghai Daily)

There have already been many reports of injuries caused by these toys and concern among parents and police is growing, especially if metal needles are used as ammunition as tests have shown that this can crack plates of glass. 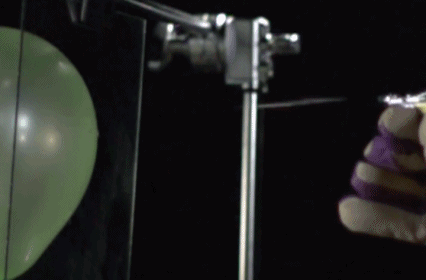 But the balloons are fine (Shanghai Daily)