China’s navy has its first overseas base

China’s navy has its first overseas base

Troops will protect trade and military chokepoint near Gulf of Aden

The Chinese Navy has opened its first official overseas base–in Djibouti. The new base, officially established on July 11, will house a sizable permanent garrison of up to 10,000 troops—more than twice the number of US troops hosted in the same country—until 2026, the Diplomat reported.

Under UN Security Council resolution 2184, the People’s Liberation Army Navy (PLAN) has had an active role in convoy and escort missions in the Gulf of Aden, and around the Horn of Africa, since 2008. However, in the course of their missions, PLAN convoys “have faced such practical difficulties as getting refreshment and refueling,” Geng Shuang, Chinese Foreign Ministry Spokesperson, said at his regular press conference this week.

Geng explained that  the “logistics support base” is part of this peacekeeping mission and “will enable China to better perform the international obligations of the UN escort missions in the Gulf of Aden and Somali waters, as well as humanitarian relief.”

As of April this year, Chinese fleets had “escorted more than 6,000 ships through this vital sea route and have successfully rescued or aided more than 60 Chinese and foreign ships,” Xinhua reported.

The establishment of the base is also beneficial to China’s international trade. Edward Paice, Director of the Africa Research Institute, writes that “from a trade point of view, Djibouti is a kind of chokepoint.” The small nation is positioned north of the Horn of Africa and offers strategic access the Bab el-Mandeb Strait, the 30km stretch of water that separates the Gulf of Aden and Red Sea. The waters around Djibouti are the southern gate to the Suez Canal. According to Paice, China ships goods worth “a substantial proportion of a billion dollars a day” each day to Europe through this gate. 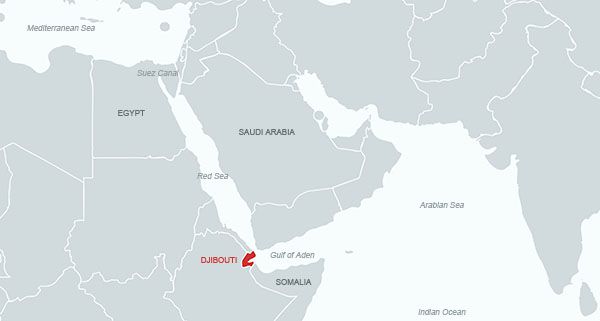 Ian Taylor, professor of international relations and African politics and economics at St. Andrews University, agreed that “China’s interest lies in trade and the protection of transportation routes.” He added that the base will also double as protection for Chinese citizens living abroad in Africa, in addition to European exports.

There are an estimated 250,000 to 2 million Chinese in Africa. Taylor notes that when civil war broke out in Libya in 2011, over 35,000 Chinese had to be evacuated from the North African state. Because the Chinese military lacked the necessary infrastructure at the time, the vast majority had to be evacuated via Greece, Egypt, Tunisia, or Malta. Now, however, the Chinese government has the resources to aid its citizens in Africa more directly. Taylor described this capability as being of “great significance to China.”

But the base’s geopolitical and military functions are of perhaps greater significance.

In a visit last year to America’s permanent garrison in Djibouti, Camp Lemonnier, which is home to 4,000 military and civilian personnel, US Marine Corps General Thomas Waldhauser said “this particular piece of geography is very, very important to our strategic interests,” CNN reported.

Djibouti is an ideal location for a military base for several reasons. It is a relatively stable African state, compared to war-torn Somalia and to Yemen on the other side of the Strait. The Djibouti outpost is also believed to be the latest shiny catch of China’s rumored “String of Pearls” initiative, as Middle East analyst Joseph Braude has noted. The “String of Pearls” refers to a network of Chinese naval outposts facilitating military and trade infrastructure stretching from the Chinese mainland to Port Sudan. 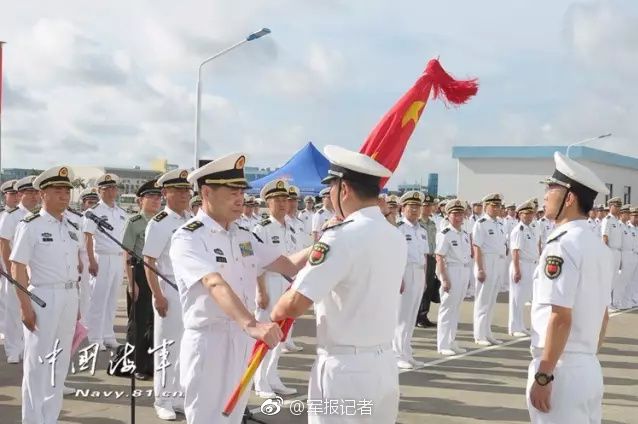 An editorial in the state-run newspaper Global Times noted: “This is a breakthrough for the People’s Liberation Navy overseas bases.”

Although “the PLA’s establishment of this base in Djibouti has been called a ‘protective base’…it is indeed the first overseas base of the PLA. It is not a commercial supply point,” the editorial added.

The military base is the newest piece of Chinese hard power on the African continent, Braude has written. Coming off the back of the Chinese government paying for the renovation of the railway from Djibouti to Addis Ababa, it “fuels the perception that China’s military footprint is growing.”